How Did the Space Junk Stay in Orbit in Wall-E? [closed]

Ask Question
Asked 2 years ago
Active 2 years ago
Viewed 1k times
2
Closed. This question is off-topic. It is not currently accepting answers.

In the Disney/Pixar film Wall-E, we see space junk practically covering Earth's atmosphere in orbit... how? If it had been years, generations even, since man had been to Earth, shouldn't all of that debris eventually have fallen back to Earth? Thus Earth's atmosphere should be clear of ANYTHING? (The surface and oceans would be a royal mess, but above should be crystal clear I would think?)

Is this something I'm missing in orbital (in-universe) physics, or is this question better to just chalk up to the "it's a cartoon, it looked cool to Pixar" position?

See the inserted picture to see what I mean. 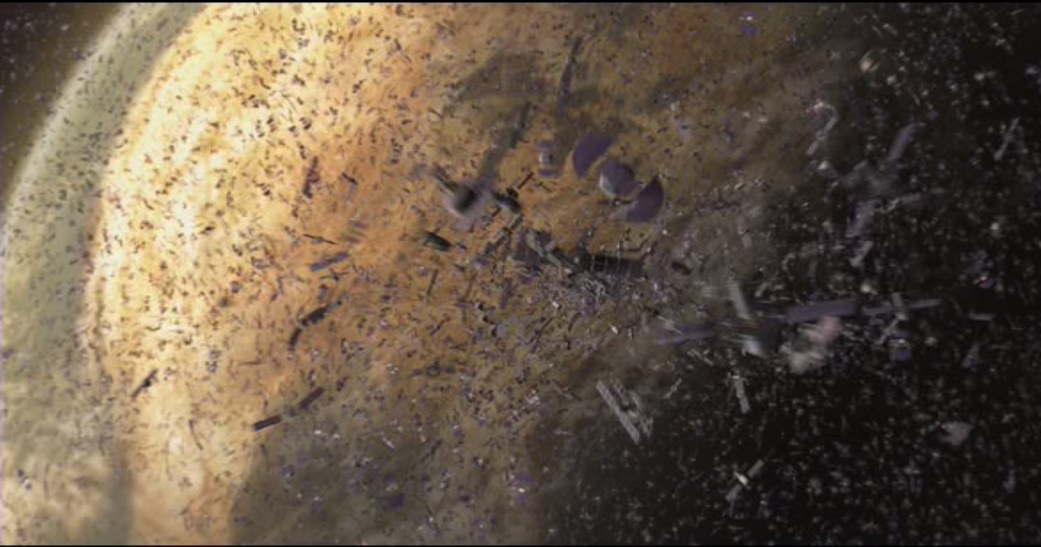 And a view from far away 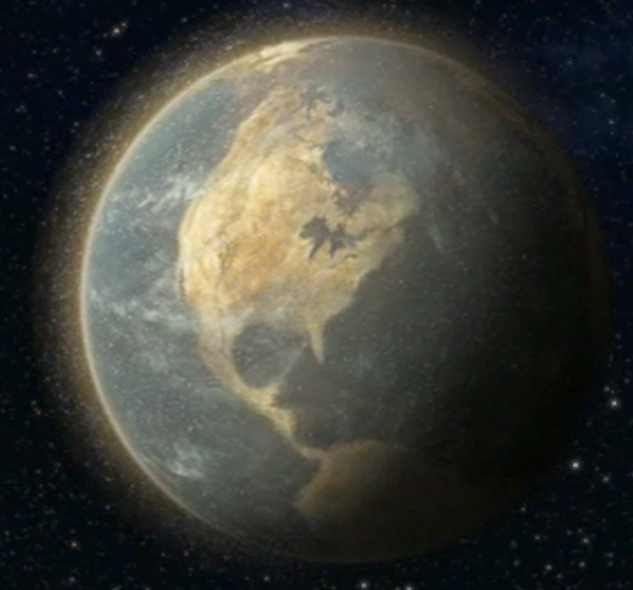 Eventually debris will fall to Earth and will burn.

How long will orbital debris remain in Earth orbit?

The higher the altitude, the longer the orbital debris will typically remain in Earth orbit. Debris left in orbits below 600 km (370 miles) normally fall back to Earth within several years. At altitudes of 800 km (500 miles), the time for orbital decay is often measured in decades. Above 1,000 km (620 miles), orbital debris normally will continue circling Earth for a century or more. from NASA

As pointed out by HorusKol, a high density of debris is visible at a distance of no more than 2000 km from the surface. So the debris is probably in low Earth orbit and is certainly not near geostationary orbit. However, this doesn't make the situation depicted impossible (although the density of junk depicted in the first image might be). Given that orbits that slowly decay on any timescale can be constructed, we can construct an explanation of the debris field depicted. Maybe there were several large space stations whose orbit has been decaying over the past 500 years and started a Kessler syndrome event in the last few decades.

To expand on Oni's answer, in much higher orbits, including geostationary orbit, objects can stay in orbit for millions or billions of years. As you get farther from the Earth, the atmosphere becomes exponentially thinner, to the point that particles coming from the Sun are more common than Earth-bound air molecules.

In higher orbits particularly out towards sort of 36 000 kilometres – what we’d call a geostationary orbit – in principle, they could stay up there forever. The orbit will tend to shift over time but it will stay orbiting the Earth in the same way that the Moon still orbits the Earth after millions of years. New Zealand Government Science Learning Hub

Not the answer you're looking for? Browse other questions tagged physics wall-e or ask your own question.

57
Why was Wall•E the only remaining Wall•E unit?
15
In WALL•E, why does everyone get thrown when the Axiom suddenly lists?
14
In WALL•E, what kind of economy was used on the Axiom?
7
Was the hyperdrive in WALL-E faster than the norm?
40
How can the people in the Axiom survive for 700 years?
10
Was the pea plant the first plant found in Wall-E?
3
Why did the hover-chairs deploy oxygen masks when the captain activated the Holo-Detector and the passengers went to the Lido Deck?
24
Is WALL•E responsible for the trash designs?