So the anime I'm looking for is about a red haired boy suddenly being transported in another world in his modern world while going to his school with his blue haired friend (he was transported alone). Upon shocked at the fact he was in another place he tried desperately looking for his friend and trying to figure out why he is there while doing so he finds a man and a woman with a big filled bag go in an airship and leave (Maybe I got that wrong) he sees a red gem on the ground and picks it up. After a few more episodes he finds out he is the chosen one in the world who can save the world from chaos. The world had animals or creatures that is kind of similar to pokemon but with gems to power them up and without them beeing in a space in which we don't know what it's like when not in need for battle or any kind the animals connected with the gems turn into a small size enough to just have them sit on your shoulder or on your palm. What the red haired boy picked up was a beast inside that was very strong the red haired boy's animal partner was also red. The animals looks like plastic toys that came to life.

The blue haired friend who was with the red haired was shown in the series that he was also in the universe but was controlled by the evil person who wanted to get every gem stone and use it to make his animal more stronger than everyone else and wanting to destroy the world if I can remember the red haired met friends and traveled a lot of places in search of gemstones that can power up their partner animals the male and female with the ones with the filled bags who were the minions for that evil person would get in the way of red haired boy just like team rocket in pokemon but after the evil person said he had no use of them they were shocked and unable to process what to do after a while they sided with red haired boy and his friends but I think those two had ulterior motives?

I was looking for this in a website in which I used to watch it from and now I have found it apparently it's called Zinba the boy has brown hair not brown his animal partner is not a dragon but a lion I'm sorry......I'm wrong in so many things because I haven't watched it in a long time

Answered in comments by the querent:

I was looking for this in a website in which I used to watch it from and now I have found it apparently it's called Zinba the boy has brown hair not brown his animal partner is not a dragon but a lion I'm sorry......I'm wrong in so many things because I haven't watched it in a long time

The best summary I've found so far for Zinba: 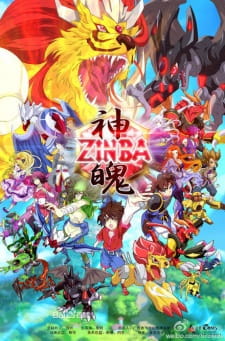 The juvenile KAN from the earth is summoned to the Kingdom of Toria , where he encounters attack from the giant creature -Zinba , and he’s rescued by the linker SHIBUKI and URANUS. Later he accidentally gets on the linker squad – DUX truck , to the maze valley, finding in a cave a golden Zinba.

While not all of the details you describe match perfectly, this sounds a lot like Kiba, a series from 2006 which was also dubbed in English and streamed on Toonami Jetstream in 2008-2009.

The "stuck in another world" (or isekai) element matches:

Zed, a 15-year-old boy who lives in a city called "Calm", is frustrated by his current situation in life; he feels that somewhere out there is a place where he can live more fully. One day, at the invitation of a mysterious wind, he dives into a space-time crevasse (portal), seeking the answers that might be there. Riding on the wind, he is transported to a war-torn world where magic users called "Shard Casters" fight endlessly with each other, using spells in the form of marble-like "Shards". He is transported to a country known as Templar.

In addition, the magic system is largely as you described, as is the prophecy aspect:

With the power of the Shards, the Shard Casters are able to use spells and control monsters called "Spirits". Fascinated by that power, Zed aims to become a Shard Caster. However, he still doesn't know that residing in his body is "Amil Gaoul", a mighty Spirit with the power to influence the world's future.

When comparing the series to your description, the hair color does not match: the main character has white hair, but he does wear red clothing. I am unsure about the "animal partner" part as well.

11
Pre-90s anime with a red-haired man in an outer space war shot at the ending
4
Anime show/movie about a villager blond boy who live in an old day town with weird creatures, meets a red-haired girl coming out of a computer
7
Anime where students are transported to another world and awaken a female robot/witch
11
Sci-Fi/Fantasy Anime about a girl who turns into a world-destroyer
7
Book series - Boy finds gem and is transported to a fantasy world
3
Animated (anime?) movie with a boy who is transported to another world and meets his backpack as a living creature
4
Anime: boy transforms into white+orange being after a terrorist attack
3
Pokemon-like anime with watches instead of Pokeballs