Is there a canon interpretation of who the five are in the Prophecy of the Five from the KOTOR Comics?

In the Knights of the Old Republic comics series, one of the central themes is a Jedi prophecy known as the Prophecy of the Five, which describes five people who are to bring on the return of the Sith and many other horrible things. 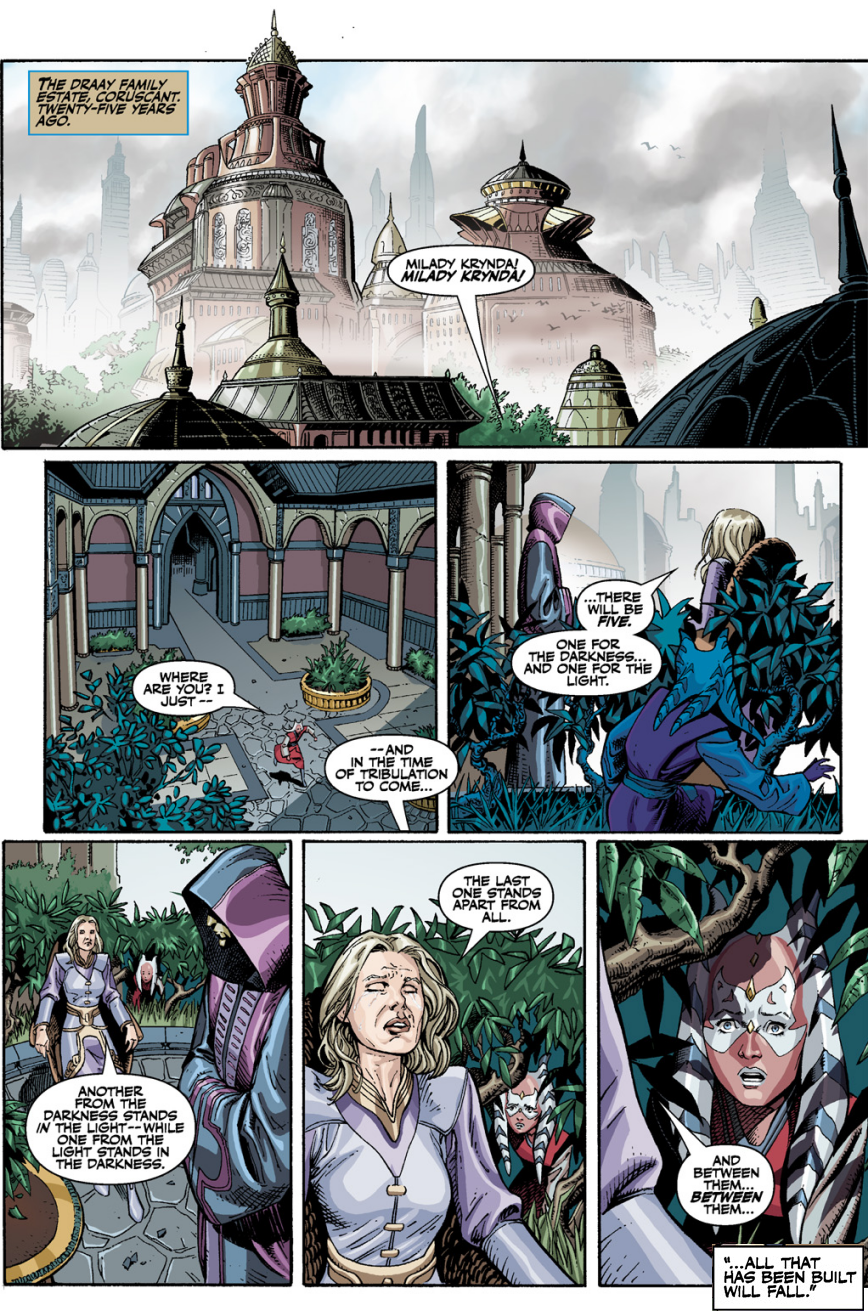 Knights Of The Old Republic Issue #24

As the story progresses, everybody offers their own impression of who each of the five are,

When the story arc is resolved with the revelation that

After this, the final battle goes down,

and the next story arc doesn't bother to talk about the Prophecy much at all.

So what I'm wondering is if there was ever a definitive interpretation of who the five are, as set down by Lucasfilm, or the authors of the Kotor comics series in an interview or elsewhere. There's so many ways that you can interpret who the prophecy is referring to, and it almost seems like the sort of thing they planned to answer in a later Kotor game or SWTOR, but as it stands, it feels like a loose plot thread. Is Haazen's interpretation the real one, or something the authors had in mind while creating the series, or something else entirely?

Browse other questions tagged star-wars star-wars-legends star-wars-the-old-republic or ask your own question.

42
Why are all Jedi given a rank of General in the Clone Wars?
19
How many Jedi Masters have become Sith?
10
How force-powerful is Anakin?
19
Were the Jedi ever publicly accused of exploiting the clones?
15
Why was Vader's identity as Anakin kept a secret?
12
Why was the “No Darkside Ghosts” rule broken with the Nightsisters?
4
Are There Any Star Wars Stories That Exclude The Force?