Children's book about a boy who travels to the future, using Coca-Cola syrup for negative friction

I remember reading this (old) book when I was about ten years old, in 2012. It was already old then, I think it's from around the 1980s. I can only remember a few things from it:

This might be a series of books from the same author.

Child prodigy Bob Fulton invents a machine that will turn one bottle of soda pop into several. Something goes wrong and the machine explodes. That's when he discovers it turned the soda into the perfect frictionless lubricant. His sister and her friends use it to travel on their bicycles at about sixty miles an hour.

There was a later book in the series entitled Bob Fulton's Terrific Time Machine. 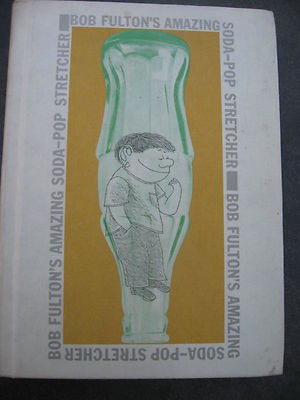 Not the answer you're looking for? Browse other questions tagged story-identification young-adult childrens-novel soft-sci-fi or ask your own question.