Hero deduces identity of a killer

Looking for the title of a short story I read some years (10+) ago. I think it was in an anthology or possibly a book of linked stories, not sure on that.

What I can remember of the story is as follows:

I'm not sure of the ending, but I seem to recall the space station owner being worried when finding out who the killer was?

I recall the book being a slim (maybe 100 - 200 pages in total) small hardback book. The cover was black with a white abstract? illustration on it. The tone of the book seems to me to suggest that it was written during or shortly after the "golden age" of SciFi so maybe later 40's or 50's?

Can anyone help identify the story? 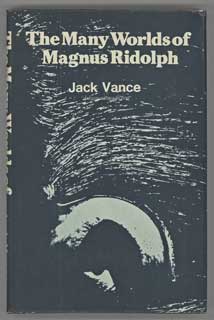 It ends with a witty Vanceian conversation:

"Now I feel worse than ever," Pascoglu moaned.

"Best to conceal it from the bonze," said Magnus Ridolph.

It's only a partial match, but my immediate though was of The Dying Night by Isaac Asimov.

The victim, Romero Villiers, had invented the first matter transfer device and is due to announce it at a conference. Three old college aquaintances (not friends - Villers was an embittered man) are also at the conference and one of them kills Villiers. The manager of the conference, calls in Wendell Urth to identify the killer. Urth identifies one of the college friends, Stanley Kaunas, as the killer because Kaunas had been working on Mercury and had forgotten that the day length on Earth is much shorter than the day length on Mercury. Kaunas had left a film with an image of the transporter on Villier's window ledge forgetting that the Sun would rise and destroy the unprocessed film.

The story is from 1956 so it matches your time frame, and the plot is roughly as you describe. The big difference is that it happens on Earth not on a space station. However all the action is inside the conference venue so it has the same slightly claustrophobic feel that a story set on a space station would have.

There's a list of all the anthologies that The Dying Night has appeared in on the ISFDB entry for the story. You can check the covers to see if any of them match your memory, but there are a lot of them.

There are three suspects, all astronomers, working respectively on Mercury, the Moon and the planetoid Ceres.It turns on the fact that the culprit left a strip of unexposed film outside on a ledge during the night. The detective realises that only the one from Mercury would make this error, since that planet (supposedly at the time of writing) kept always the same face to the Sun, so that there would never be a sunrise to ruin the film. He had overlooked that on most worlds the case was otherwise.