The character was part of a multiple issue story arc of The Defenders. The character in question was a young male, probably a teenager. I'm a little fuzzy on his exact power(s), though it was considered to be enormous. I think it was the ability to channel the living energy of the entire planet through himself. I believe he also had a pair of Omega symbols on his palms, though I'm not certain of that point.

The basic plot of the storyline was that the boy's power was such that he was sought after by those who wanted to exploit it, and by The Defenders, who sought to convince him to join them so they could help him (something like that). There is also a neutral party involved, whom I think might have been the female character Moondragon. This neutral party is opposed to both factions seeking the boy's allegiance.

The story ends tragically for the character. He channels an enormous amount of power, perhaps as an emotional reaction to the pressure of everyone wanting to gain him as an ally. He realizes that he cannot release the energy without causing staggering loss of life and destruction. So, he turns the energy into himself. I recall a frame where he says something like "the only place I can send it is into MEEEEEEE!!!"

The young man is utterly destroyed, though everyone else is safe. The neutral party rebukes both The Defenders and the other faction(s), laying the blame for the young man's destruction at their feet. She may take his ashen remains with her, but I do remember her departing.

This would be James-Michael Starling. 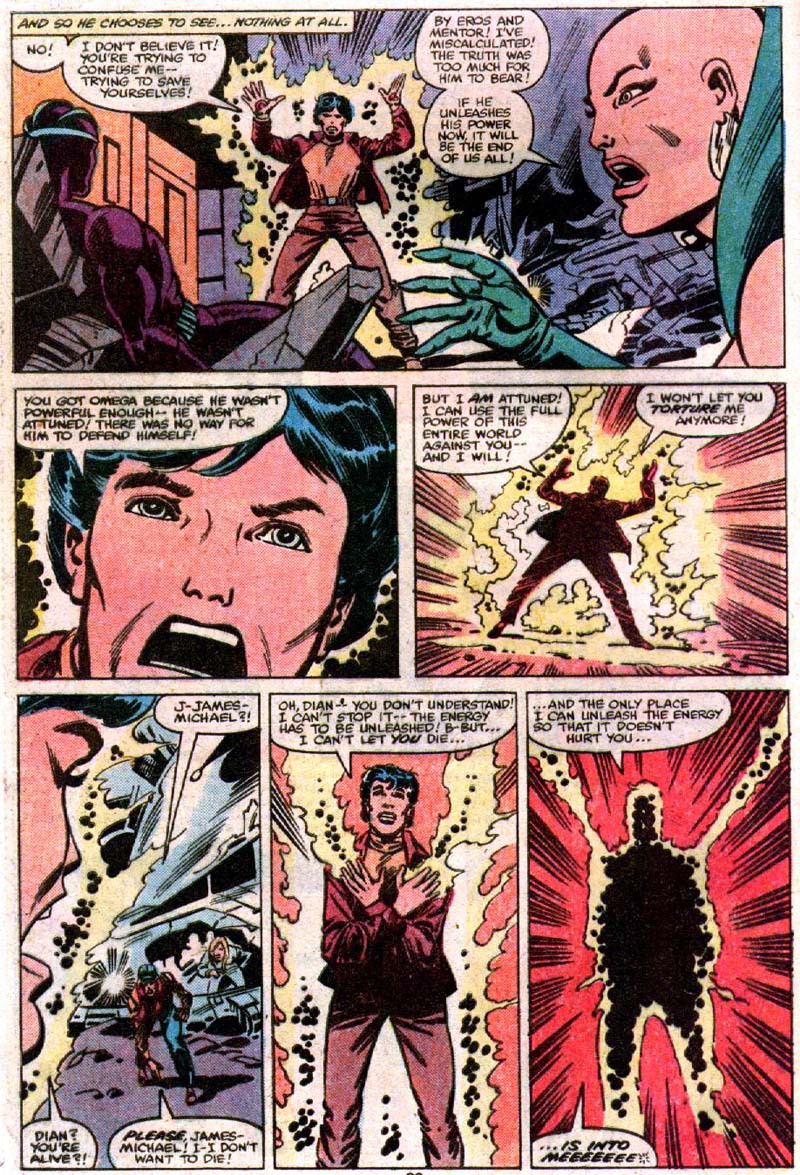