How did Monica know how to operate Carol's "designer"?

In Captain Marvel, we see Monica doing "fashion designing" for her aunt Carol. What's strange is that how does a kid with nil exposure to Kree tech know how to operate the "designer device".

It could be said that she was doing random guesswork. But, at a point, Carol says "Let's copy your T-shirt's pattern" to Monica and in the very first try Monica is able to achieve the exact pattern. This just cannot be termed as random.

I have tweeted Andy Park, Marvel Studios Director of Visual Development & Concept Artist, who worked on Captain Marvel and this is what he has had to say: 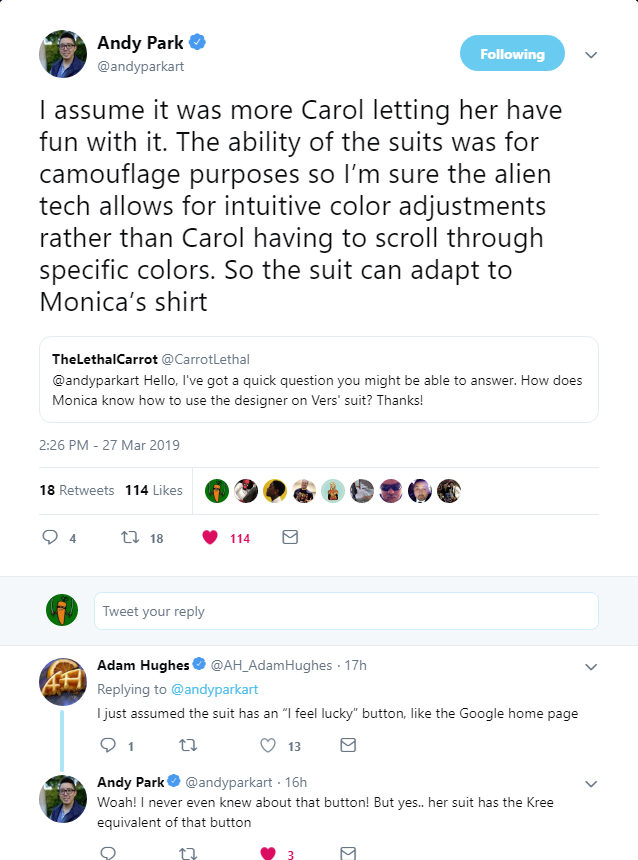 @CarrotLethal: @andyparkart Hello, I've got a quick question you might be able to answer. How does Monica know how to use the designer on Vers' suit? Thanks!

@andyparkart: I assume it was more Carol letting her have fun with it. The ability of the suits was for camouflage purposes so I’m sure the alien tech allows for intuitive color adjustments rather than Carol having to scroll through specific colors. So the suit can adapt to Monica’s shirt

@AH_AdamHughes: I just assumed the suit has an “I feel lucky” button, like the Google home page

@andyparkart: Woah! I never even knew about that button! But yes.. her suit has the Kree equivalent of that button

Considering this it would appear that three things were going on:

The designer shows a rainbow from which the colors are selected. From experimenting several times with the device and seeing what certain touches do, Monica figures out what she needs to do to select the colors she wants.

Here is a screenshot of Monica beginning to select the final colors. You can see both the colors on the designer and Monica's red sleeve (click to enlarge): 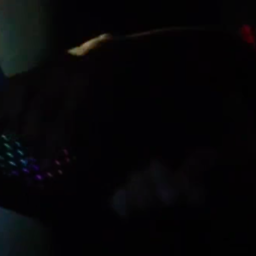 Not the answer you're looking for? Browse other questions tagged marvel marvel-cinematic-universe captain-marvel-2019 or ask your own question.

3
How did Vanessa know to come prepared?
14
How did Thor know to go to Wakanda?
15
How did the power source of Mar-Vell's aircraft end up with her?
13
Why did Korath leave the Starforce and how did he end up with Ronan?
6
Who found/retrieved Fury’s space-pager and how did they know what it was?
24
How did Captain Marvel do this without dying?
4
How did Wanda know about nexus events?