Are the runes around the Goblet of Fire meaningful?

I recently visited the Warner Bros. Studios Tour London – The Making of Harry Potter and took notice of a particular piece of artwork from the prop designs of Harry Potter and the Goblet of Fire. It depicted the runes that are inscribed around the rim of the Goblet. I took a photo of the artwork although it is slightly low quality. 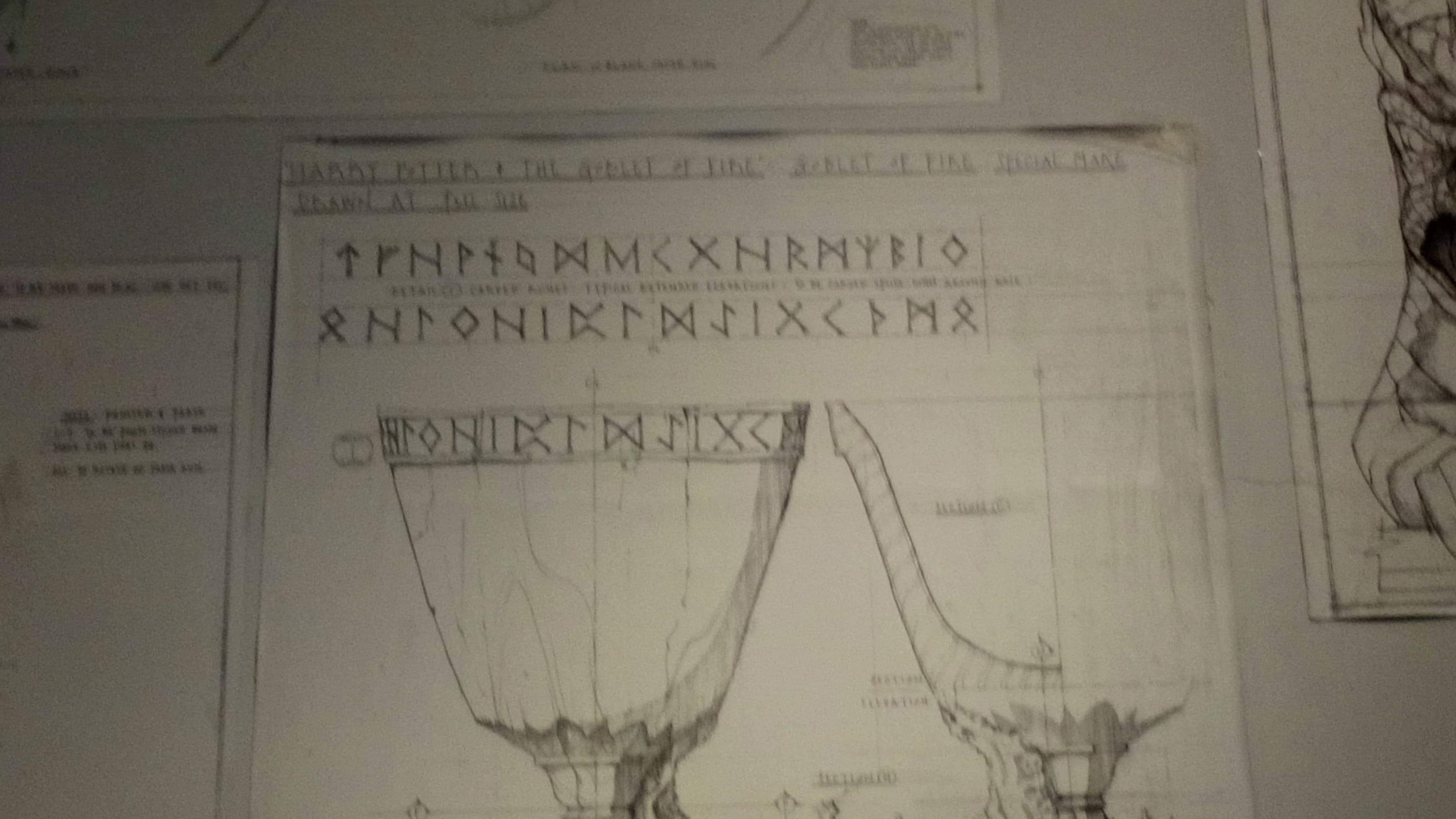 It got me wondering if the designers behind the Goblet actually spelled anything meaningful with the runes, and if these runes are from a real historical alphabet or just similar in design to actual runes/a mixture of different runic alphabets. I also wondered if the Goblet as described in the books has any runes on it, and if they spelled anything.

Do the runes around the Goblet of Fire prop have any meaning, and is this a feature carried over from its description in the book? 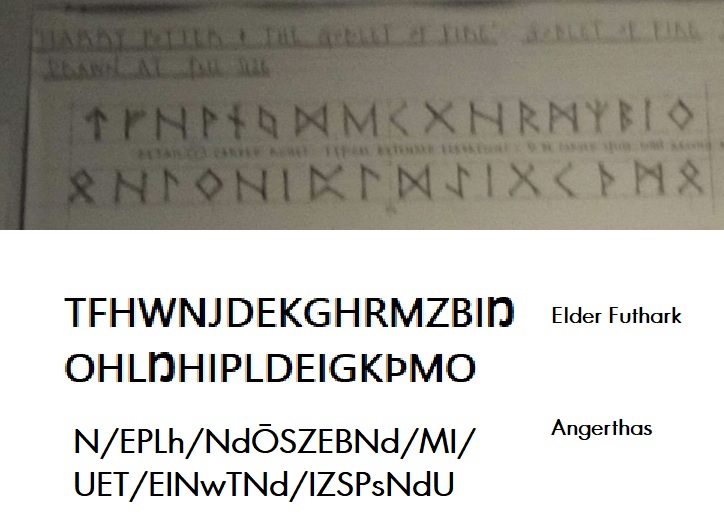 Picture's worth a thousand words. The runes are Elder Futhark and don't appear to make any particular sense except, undoubtedly, some esoteric wossname in the Wizarding World.

The runes are an embellishment on the part of the movie production team. The Goblet itself receives almost no attention in the book and its description is quite easy to miss:

Dumbledore reached inside [the casket] and pulled out a large, roughly hewn wooden cup. It would have been entirely unremarkable had it not been full to the brim with dancing blue-white flames.
Harry Potter and the Goblet of Fire - Chapter 16: The Goblet of Fire

Mary Grandpré did the illustrations for (at least) the Scholastic HB edition, and got it right: 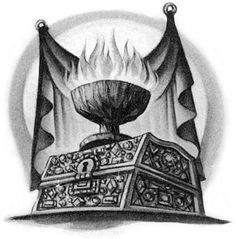 NB: (Younger Furthark and Cirth for comparative purposes. Note that "/" in the Cirth "transliteration" indicates a non-existent form.)

Not the answer you're looking for? Browse other questions tagged harry-potter props or ask your own question.

5
Voldemort's physical presence pre-Goblet of Fire
14
Why do wizards use odd watches in the Potterverse?
26
Why are people surprised that Hogwarts is non-apparateable?
2
How did they place the Portkey in Goblet of Fire?
11
Which tower did Harry go to in Goblet of Fire?
26
Why did Mrs Weasley use tongs?
3
Is there a minimum dosage for Polyjuice Potion?
6
Why wouldn't Harry ever have had butterbeer before?
8
What is the bio-hazard with an eye symbol on Moody's pocket watch?