Time travel to the crucifixion of Jesus and changing the past

The story I'm looking for is not Let's Go to Golgotha!, although there are a few core similarities.

It's not Up the Line either.

In the mid 2000s, I read in a magazine a science fiction short story that I'm now trying to find. (Unfortunately, the magazine is not in circulation anymore and there aren't any archives that I can find.)

The Greek translation of the title was Τελευταίο Ταξίδι Μετά Χριστόν, which I would translate to English as Final Travel After Christ (alternatively: Final Travel in the Year of Our Lord), but I don't have the slightest idea how close that is to the original title. I vaguely recall the author having a male Latin American name, but I may be way off.

The story involved a commercial time travelling agency. The crucifixion of Jesus was a pretty popular destination with the customers. The protagonist joined a group that went to visit that event.

At some point, one or more people from the protagonist's group unexpectedly intervened and helped Jesus flee, saving him from crucifixion. (IIRC the group was organised ahead of time and they may have managed to illegally carry weapons through the agency's security.) Everyone present was shocked, but ultimately they returned to their time machines.

That whole day is narrated by the protagonist to a young woman he met at the bar. She finds it so unbelievable, she thinks it's just a made up story. He makes a passing note of the pendant she's wearing around her neck. It's a little sword, symbolising the death of John the Baptist, the central figure in the dominant religion of the world the protagonist returned to.

Well, after I spent a couple of hours locating the stored boxes in the attic, unpacking them, and going through the individual issues one by one, I managed to find it (in full compliance with Murphy's law, the sought issues were near the end of my unordered stack)...

It is a Greek translation of a novelette by Spanish author Juan Miguel Aguilera, originally written in Spanish as Ultima Visita d.C. (according to the accompanying info in 9 magazine) or C.T.C (according to the ISFDb), but first published in French translation as Dernière visite avant le Christ in the December 2003 issue (#31) of the French SF magazine Galaxies. No wonder google searches went unfruitful, as it seems it has never been translated into English.

The Greek translation was titled Τελευταίο Ταξίδι μ.Χ., roughly translated in English as Last Voyage AD; it was published in two parts, in the issues #196-197 (7 & 14 April 2004) of 9, the SF & comics magazine that accompanied the (now defunct) Greek newspaper Eleftherotypia every Wednesday: 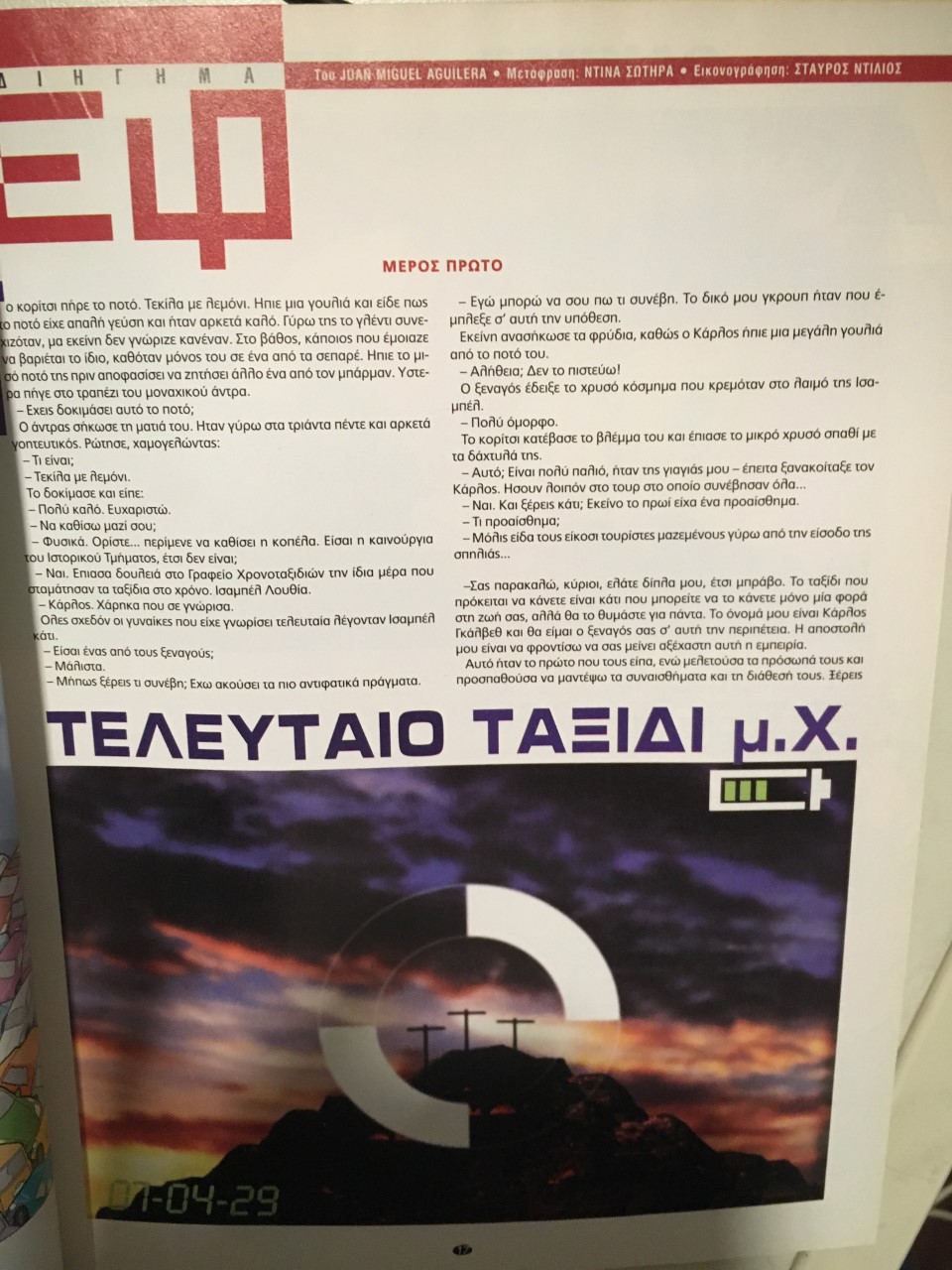 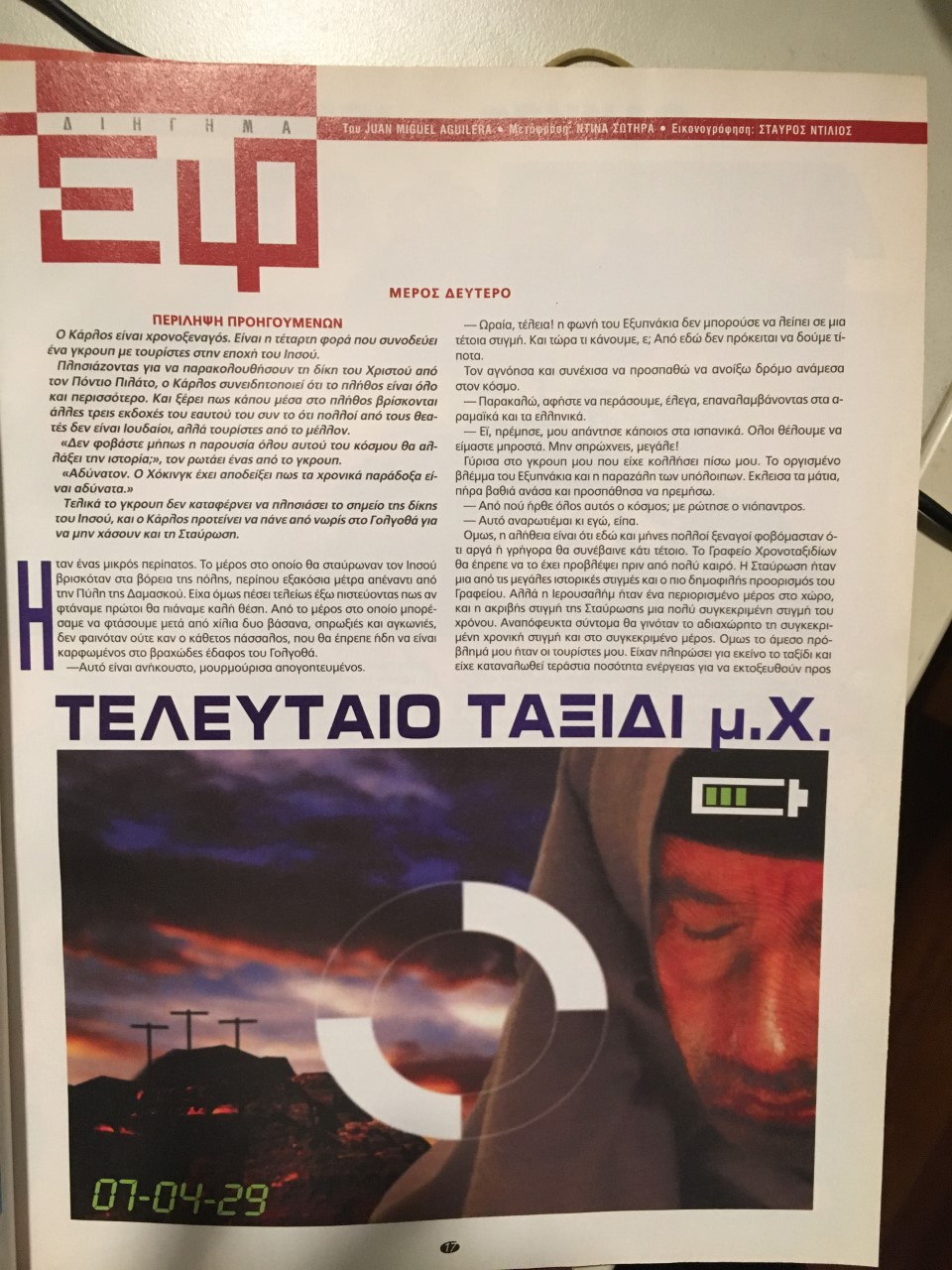 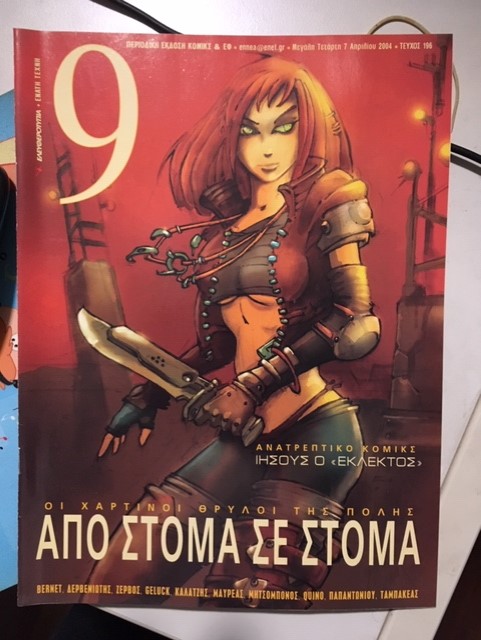 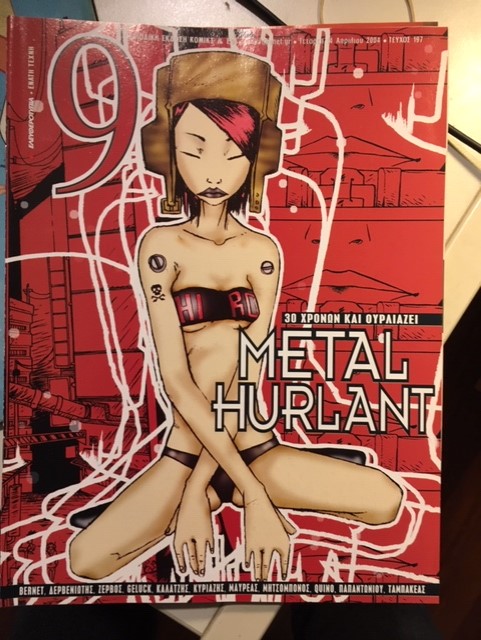