Old Cartoon Network anime, rival has a spaceship slightly better than the protagonist's and they know how many more hits it takes to destroy a ship

Lately I’ve been trying to remember an anime I think was on Cartoon Network. It was definitely a space anime.

I remember the protagonist had a weird looking ship and he also had a rival with a similar, slightly better ship maybe?

I also remember somehow they knew how many hits it would take destroy a ship.

What I remember from the only scene I can remember is that maybe they were one persons ships but I remember a ship with more than one person stating it would take a certain amount of hits to destroy one. But I could be wrong.

Also I’m pretty sure the ships looked weird but it’s such an old memory.

I think the show you are describing is SWAT Kats: The Radical Squadron.

Using discarded military parts and weapons from the salvage yard, Jake and Chance built themselves a three-engine jet fighter called the Turbokat, which resembled several different jet fighters, most notably the Grumman F-14 and the Saab Draken, along with a handful of other vehicles such as the Cyclotron (a motorcycle built into the jet's seating, deployed from the bomb bay of the Turbokat like a missile), the TurboMole (a subterranean vehicle used to drill underground), the HoverKat (a militarized hovercraft), and the Thunder Truck (a militarized Jeep modified from their tow truck). All these vehicles were stored, along with a training area and other equipment, in a secret hangar below the yard. Razor and T-Bone now patrol Megakat City as the SWAT Kats, defending it against any kind of menace that threatens the city. Their enemies include the criminal mastermind Dark Kat, the undead sorcerer Pastmaster, the mutant evil genius Doctor Viper, and the robotic gangsters the Metallikats. The SWAT Kats also face many villains-of-the-week, such as Madkat and Volcanus. 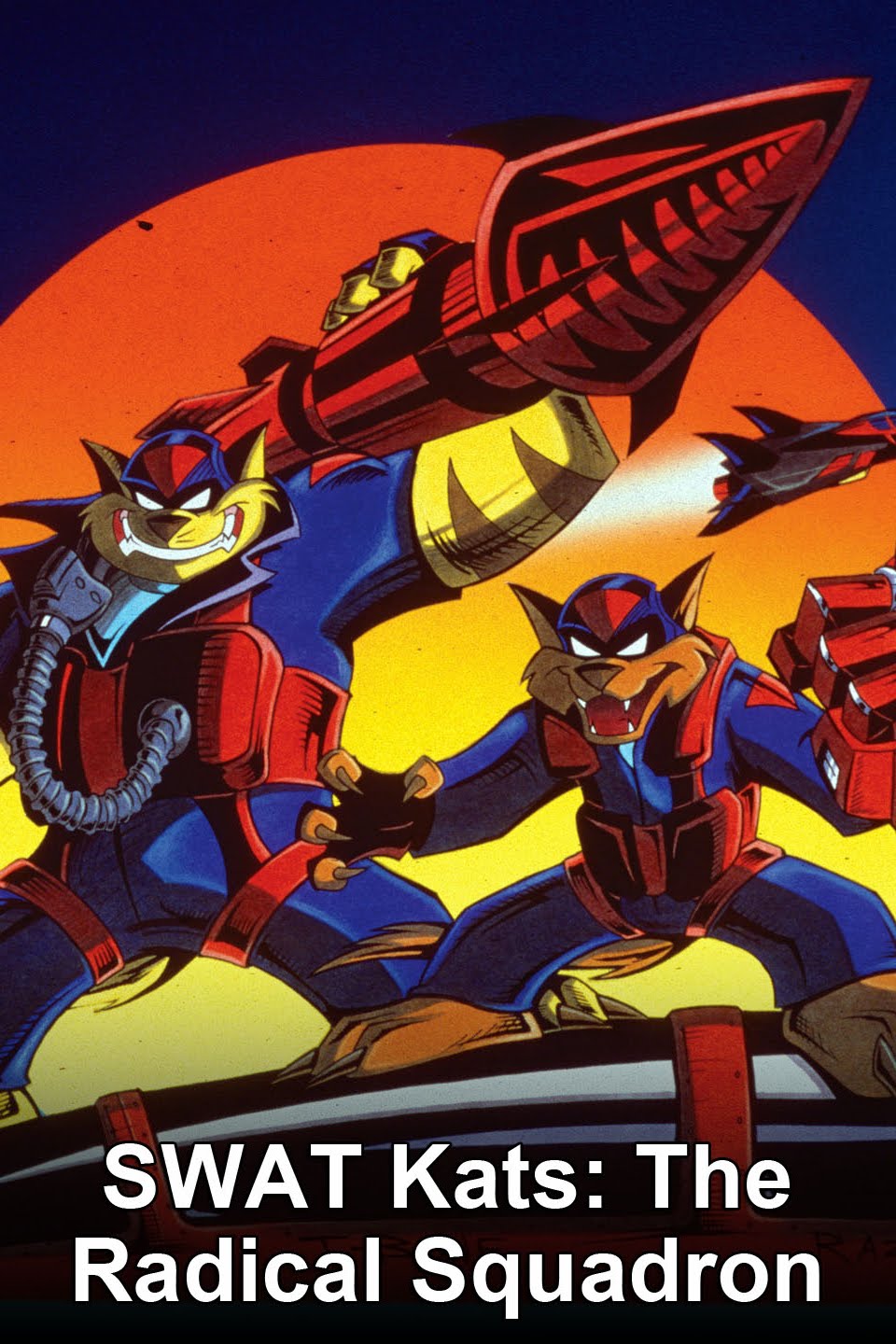 4
Anime where the characters catch food in a river on a ship
3
80s/90s Sci fi cartoon with artwork similar to Moebius', with a space journey atmosphere and a blue spaceship flying through the desert
7
Anime episode with duel/fight sequence where villain blows light and heavy bubbles, mentor interferes, goes to hell and takes villain with him
6
Looking for an older maybe 20 year old Mech Anime
3
Sci-fi anime set in space with a spaceship on the run from bad guys
14
Sci-fi short-story collection for young readers - from the early seventies
6
Old cartoon with a red? robot in a desert and a girl
5
Anime Identification of a small house in a field, two siblings, and a flying ship