Trying to find a book I remember reading probably in the early 80s. The protagonist is an anthropomorphic bear on a planet of bears. He’s a postman or a mailman, which is a prestigious job.

This sounds like the 1st story in The Right to Arm Bears by Gordon R. Dickson. It's an omnibus of 3 stories involving the bears-like aliens of the planet Dilbia.

The first story, "Spacial Delivery" is about a human (John Tardy/Half-Pint Posted) who is delivered to his destination by the "stalwart Dilbian postman Hill Bluffer".

The second story was also a novel "Spacepaw", and the third is a short story, "The Law-Twister Shorty" which before the omnibus appeared in various collections.

Cover of the 1983 edition of the stand-alone novel Spacial Delivery: 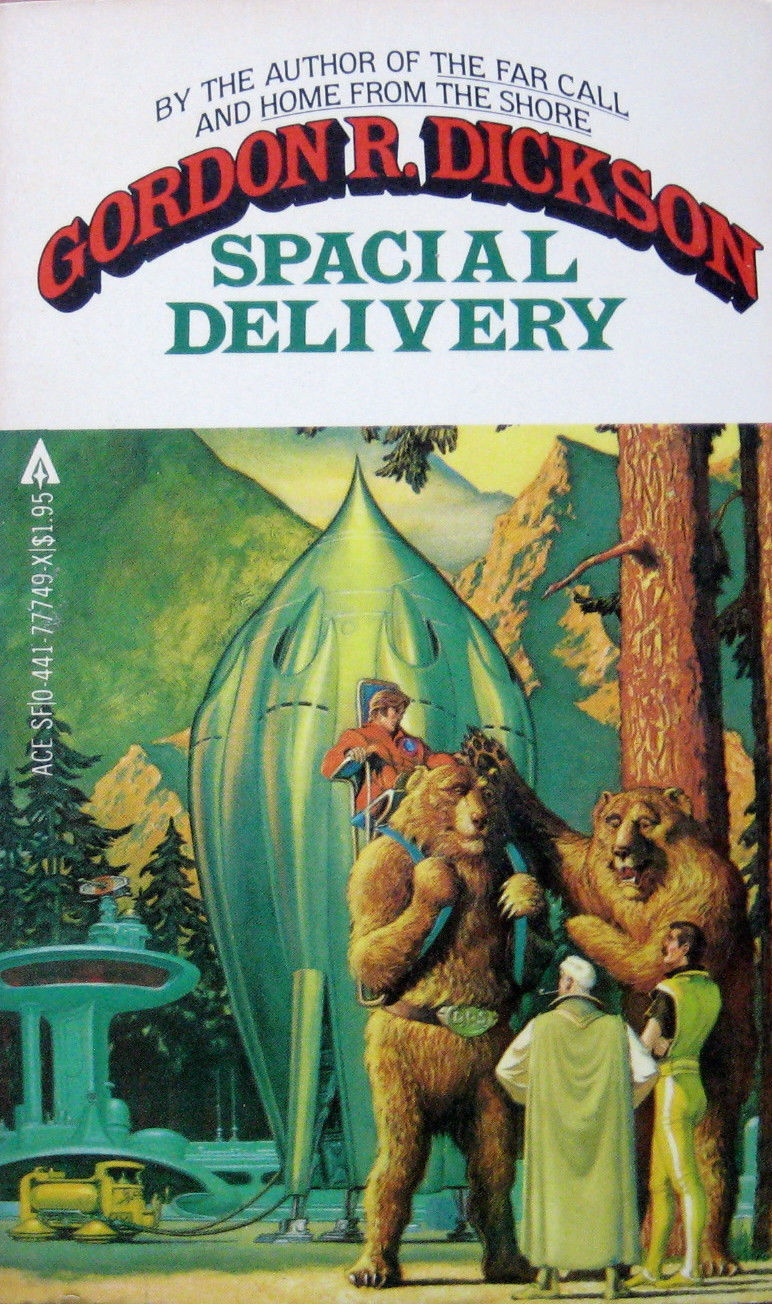