Did Superman ever formally acknowledge any jurisdiction/chain of command?

Did Superman ever formally acknowledge any jurisdiction/chain of command?

If possible, I'd prefer separate sub-answers for the following 3:

Please note that I am only asking about formally acknowledged jurisdictions - in other words, Superman catching a criminal and giving him to the police, or otherwise acting as if he was bound by a specific jurisdiction, does not matter. IOW, he may have chosen to follow US laws and help US law enforcement but that by itself doesn't make him a US citizen or be in any law enforcement/military chain of command.

Despite the fact that Superman's powers make him arguably one of the most powerful metahumans on the DC Earth, he has often made it clear he is willing to work with civilian authorities as needed and does his best to not break the laws of foreign governments even when he disagrees strongly with their leadership and political policies.

He has worked with both civilian authorities and been subject to directives from the President of the United States. This was seen in particular during the Imperiex War, when Superman was part of a team lead by President Luthor. 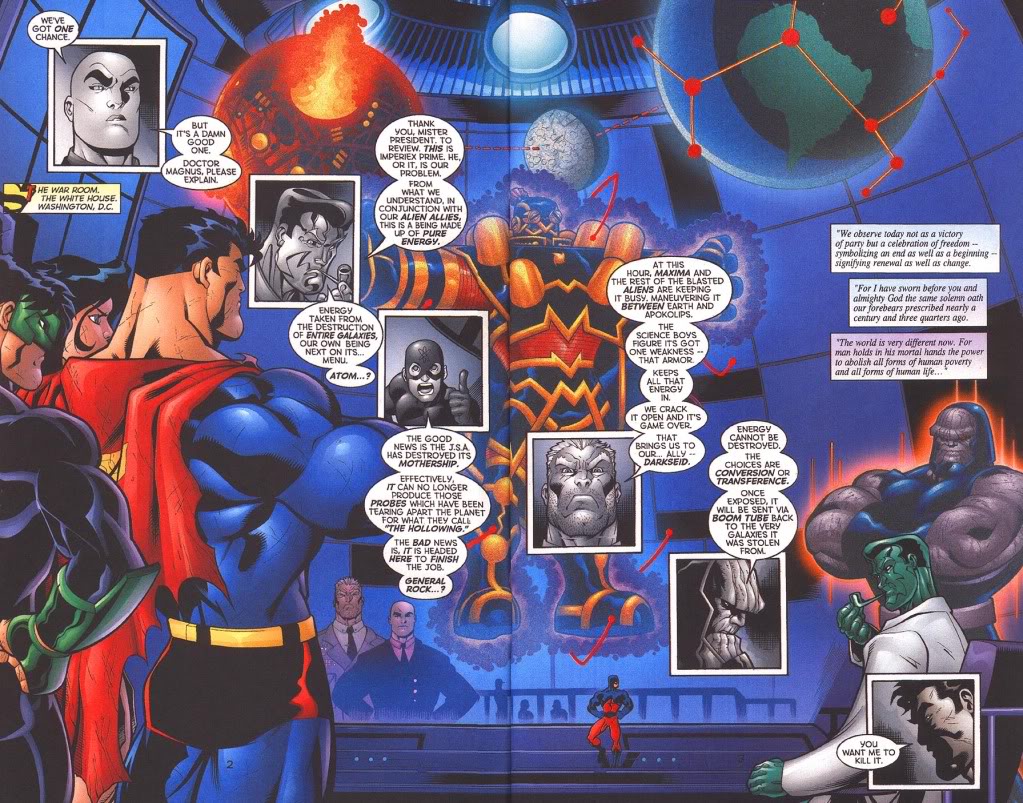 President Lex Luthor rallies the super-heroes of Earth, the U.S. military, and other countries, such as Pokolistan, together. Luthor decides that Superman alone does not have enough power to lead a strike force, and instead arranges for Doomsday to be released from captivity, 'anti-hero' telepath Manchester Black temporarily 'reprogramming' Doomsday's mind so that his traditional hatred for Superman is briefly transferred to the Imperiex probes. 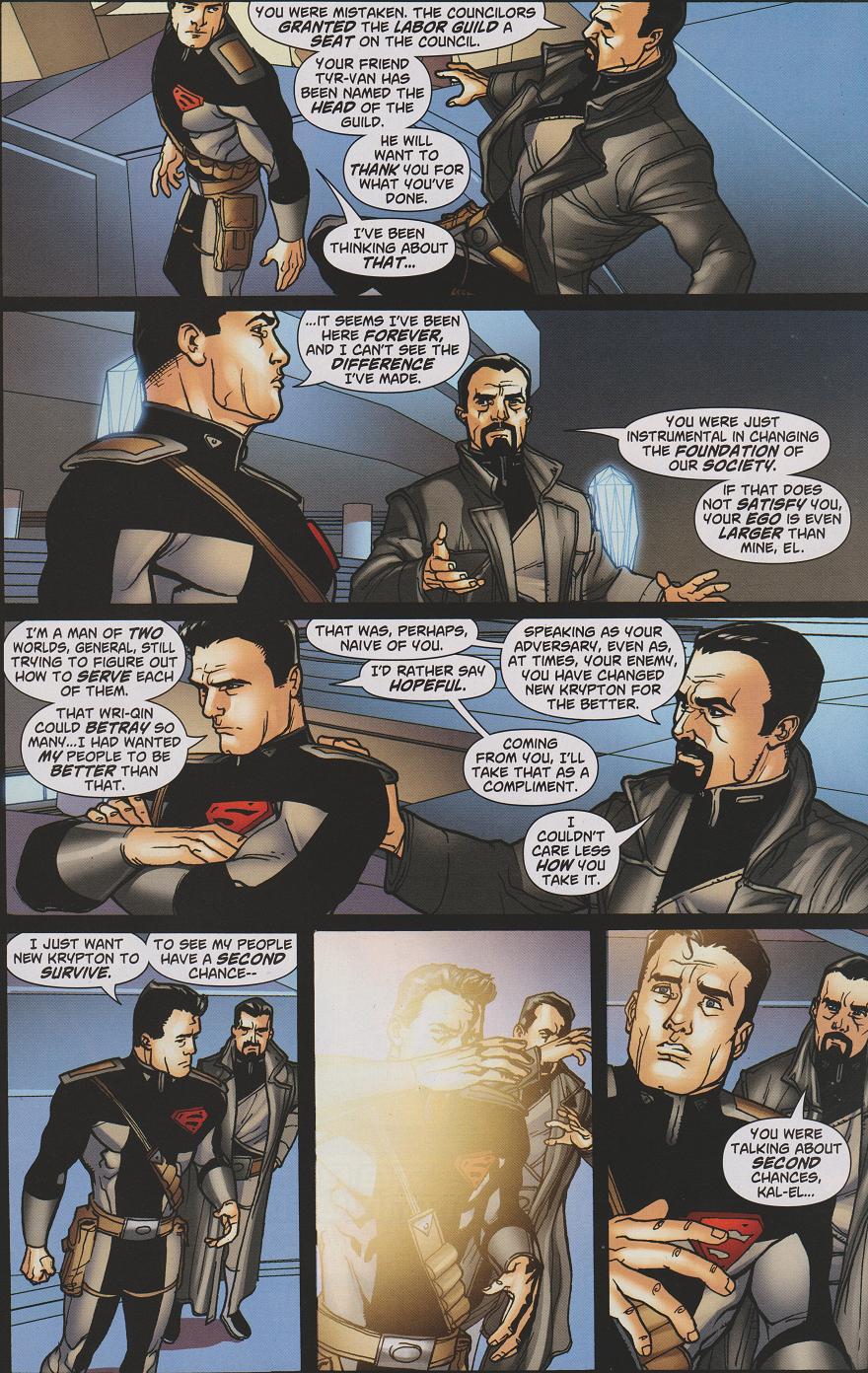 When Alura asks Superman which guild he has chosen, he admits that he is not comfortable with any, even going so far as to liken the Kryptonians' working conditions to slavery. However, Superman ultimately is assigned to be a member of the Military guild and is referred to by General Zod as "Commander El."[7] 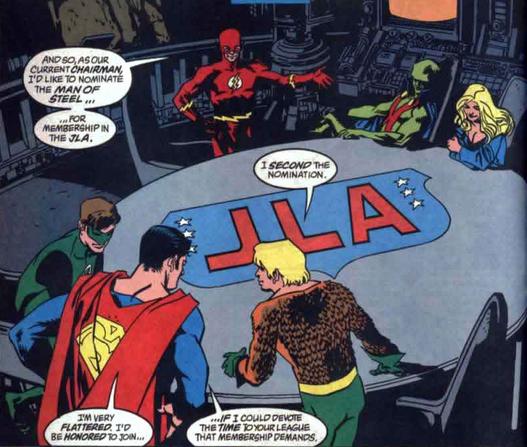