What did we know about the Kessel run before the prequels?

Suppose it is 1996 and I want to know what the "Kessel Run" (mentioned in A New Hope) is, and what does it mean that Han Solo did it in 12 parsecs. Of course, we now know much more about it thanks to Ultimate Star Wars and, of course, the "Solo" movie.

Essentially, I want to know how much lore there was about this Kessel run in the original trilogy and the related old expanded universe.

These were the ongoing theories I recall.

The writer messed up

Very common in sci-fi, even now when you can look this all up on the Internet. Even in universe it's an odd gaffe because a "parsec" is a measure of large distances that only makes sense if you're an astronomer working out distances of objects specifically from Earth. A parsec is how far away an object must be for it to appear to wobble one arcsecond in the sky as the Earth rotates around the Sun. 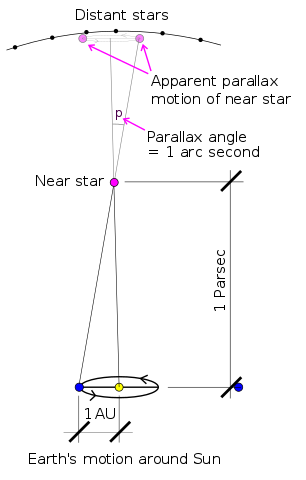 This is a very odd unit to use long, long ago in a galaxy far far away. But if we accept that Star Wars is translated from the original Klingon Galactic Basic, a parsec is a sensible unit to use for an Earth audience in the 70s. Now light-years are more common, but in the 70s using parsecs was more common because that's what made sense to astronomers and there was far less pop astrophysics.

There are similar gaffs like Han boasting the Millennium Falcon will go "point 5 past light speed". If we interpret that as 1.5 times the speed of light it would take them years to reach the next star much rather gallivant about the galaxy as they do in Star Wars. There have been all sorts of retcons for this line, but really it's because sci-fi writers have no sense of scale.

Han is boasting about his awesome navigation abilities

The idea here is that the Kessel Run requires navigating some nasty space hazards like black holes or giant space storms or space monsters if we must. This was a popular fan theory even before Solo made it canonical.

elemtilas points out, Han is clearly boasting about how fast his ship is, not how awesome his navigation is. But later Han admonishes Luke that "navigating through hyperspace ain't like dusting crops" listing off various things you can smack into. It may be that "fast" in terms of hyperspace is more about shaving distance off your journey rather than simple velocity.

This can't be used to wave away the "point 5 past light speed" line. No amount of fancy navigation will help Han there; even if stars in the Star Wars galaxy are much closer together than our own, that's still too slow.

Han made up some gibberish to test his passengers

Han perceives Obi-Wan and Luke as a crazy old man and some ignorant farm boy who need a ride on a space ship. Wondering how much he can fleece them, he throws out some valid-sounding gibberish to see how they'll react. Neither Luke nor Obi-Wan seem particularly impressed. Obi-Wan, quite the old hand at space travel, gives Han a particularly incredulous look. Unperturbed like the gambler he is, Han breezes past with a fresh boast now knowing his passengers aren't complete hicks.

This is my favorite in-universe theory. I'm disappointed they went with a more mundane explanation in Solo; it's very much in Han's character to both be arrogant and to bluff.

UPDATE it turns out there is some evidence for this intent, at least in editing. The Revised Fourth Draft of A New Hope contains a note that Han is trying to impress with misinformation.

HAN It’s the ship that made the Kessel run in less than twelve parsecs!

Ben reacts to Solo’s stupid attempt to impress them with obvious misinformation.

Is Star Wars based on a book? No. Though release of the novelization of the first Star Wars film preceded that of the film, Star Wars was always imagined, by creator/writer/director George Lucas, as a film (or series of films). When the book was released (with George Lucas’ name, but ghost-written by Alan Dean Foster), the film was already in production. Each subsequent film in the series has had a novelization released before the film, but was based entirely on the script of the film.

The parsec (symbol: pc) is a unit of length used to measure large distances to astronomical objects outside the Solar System.

From the original movie, Han's intonation & dialog make clear that speed / velocity is what makes his Kessel Run famous:

63
Kessel Run in 12 parsecs: screenplay error, or part of the movie?

63
Kessel Run in 12 parsecs: screenplay error, or part of the movie?
18
What Legends material did The Force Awakens explicitly contradict?
12
Did the Millennium Falcon *really* make the Kessel Run in less than twelve parsecs?
4
What is the Millennium Falcon's power source?
28
What is the first use of the word "Padawan"?
13
What of Han Solo's pre-ANH past was revealed as canon prior to the release of Solo?
11
What kind of a ship could Obi-Wan and Luke have purchased for 10,000?
4
What is Han rounding down from to get 12 when talking about the Kessel Run?
11
Why would Han Solo think the Millennium Falcon was famous?