What is the longest hero fight in the Marvel universe?

Many heroes are known for being able to fight for an extended period of time.
What is the longest fight fought without a break with a superhero involved?

Ruling out 2 cosmic entities fighting in a dimension where time doesn't exist.
Or for an infinite amount of time loop hole. Where fight involved playing with time or outside of time.

Any possible contender for this title that pops into my mind involves Thor or the Hulk. There has to be that major power level to go the long haul.

So, the following image involves Thor and the Hulk! From "Defenders" #10 (1973). The caption describes the two have been locked, muscle to muscle, for an hour. 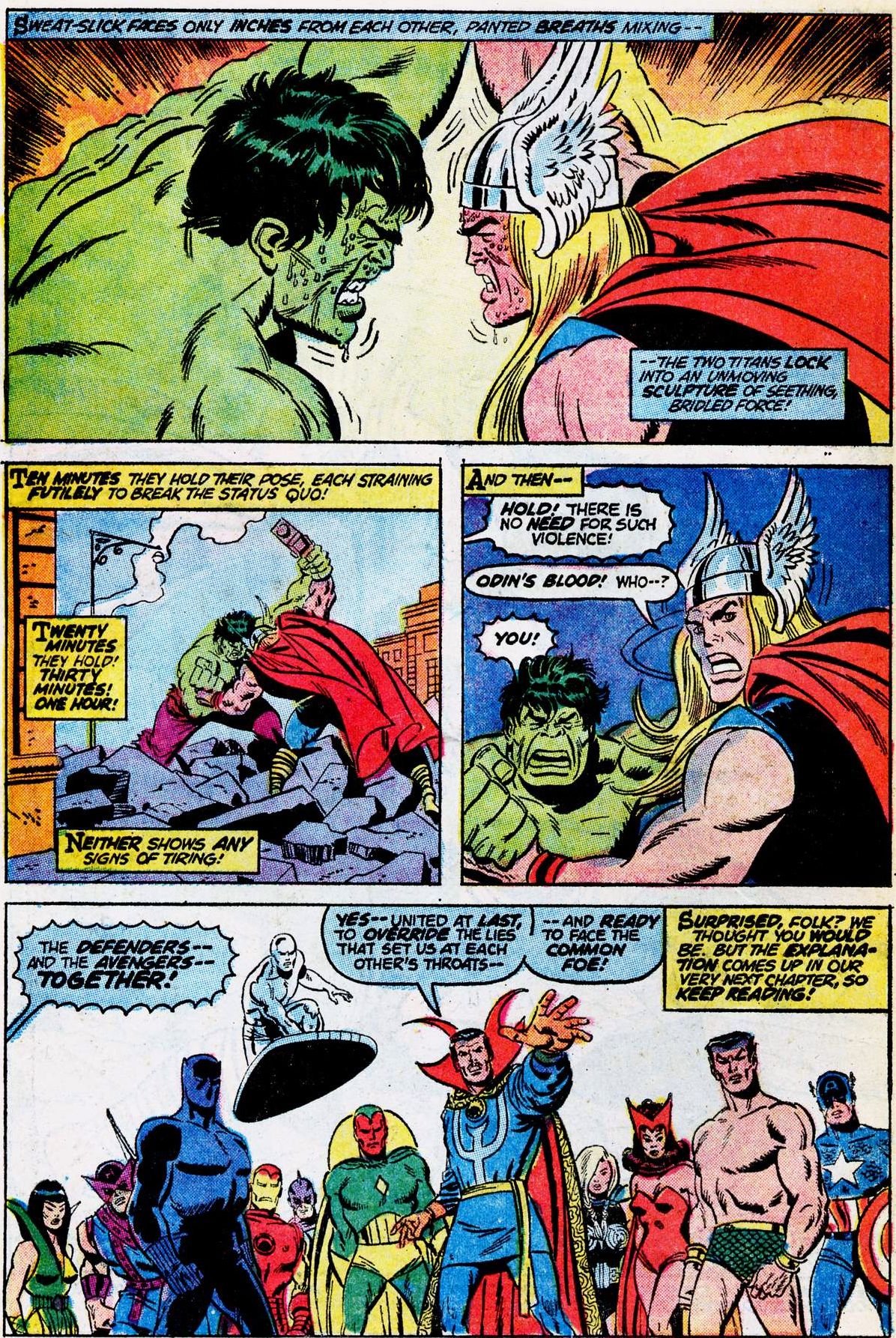 Then a second contender came to mind. From "Avengers" #22 (1999). According to Iron Man, they've been fighting Ultron duplicates for hours. Apparently "mere mortals" can go the distance! (sidenote: a few pages away from the legendary "Ultron, we would have words with thee!" scene) 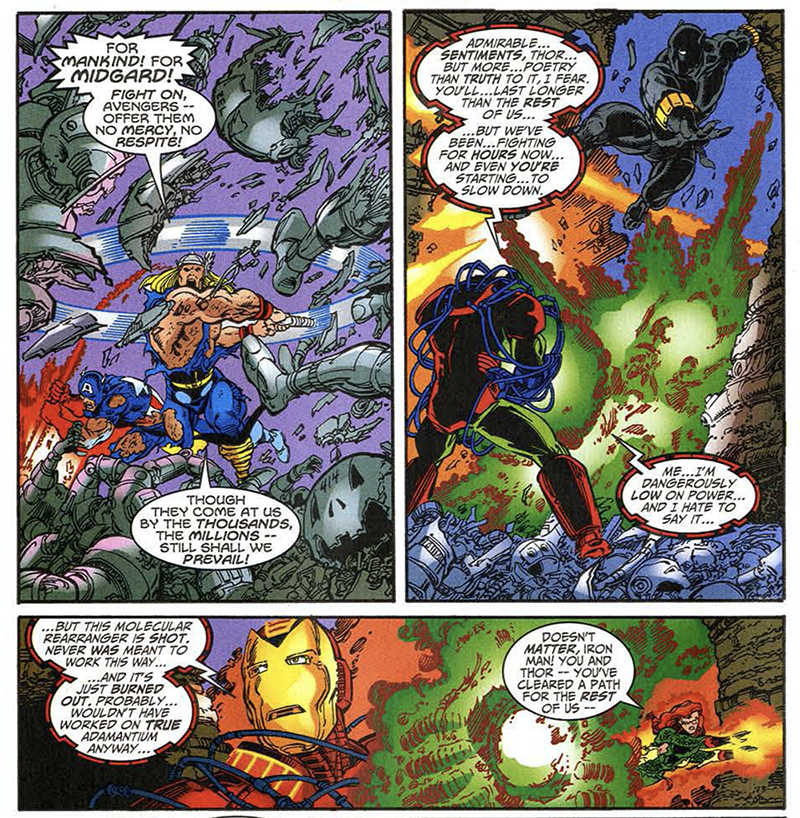