Movie: astronauts visit a Mars-like planet with aliens passing as humans, alien embarks the ship, which destructs before landing on Earth

The only things I remember are a group of astronauts visit a Mars-like brown planet (or Mars itself) where they find a small group of humans living there. They are trapped because of some type of aliens which can appear in human shape.

Somehow a woman and a man finally save themselves and fly away, but the male is an alien who convinced everybody (at the beginning of the movie) that he is a human. Inside the spaceship, they have intercourse and the woman sleeps for some hours, or maybe years. When she wakes up she finds out the man is an alien and she is pregnant with an alien baby.

As far as I can remember the ship destructs before it lands on Earth. (I have other memories which the ship lands successfully, I don't know if this is from the same movie.)

Also the aliens were more like robots because their body had so much metal in it.

I watched it about 5 years ago but I believe the movie is older.

The terror continues in this sequel to the cult sci-fi hit about a race of robotic killing machines intent on destroying the human race. Thirteen years ago, the human population of planet Sirius 6B was completely wiped out by Screamers - blade-wielding, shape-shifting cyborgs that make a horrible high pitch sound while literally hacking their victims to pieces. When a distress signal from Sirius 6B reaches Earth, a team of rescuers is dispatched in order to find out whether a long-lost colony of human survivors have somehow managed to elude the murderous robots all these years. But the truth is far more sinister, because now the machines have managed to evolve into half-man/half-machine hybrids, and their determination to escape from Sirius 6B and find their way to Earth is stronger than ever before. Now, all that stands between the Screamers and the complete annihilation of the human race is a rescue team with dwindling supplies and limited ammunition. 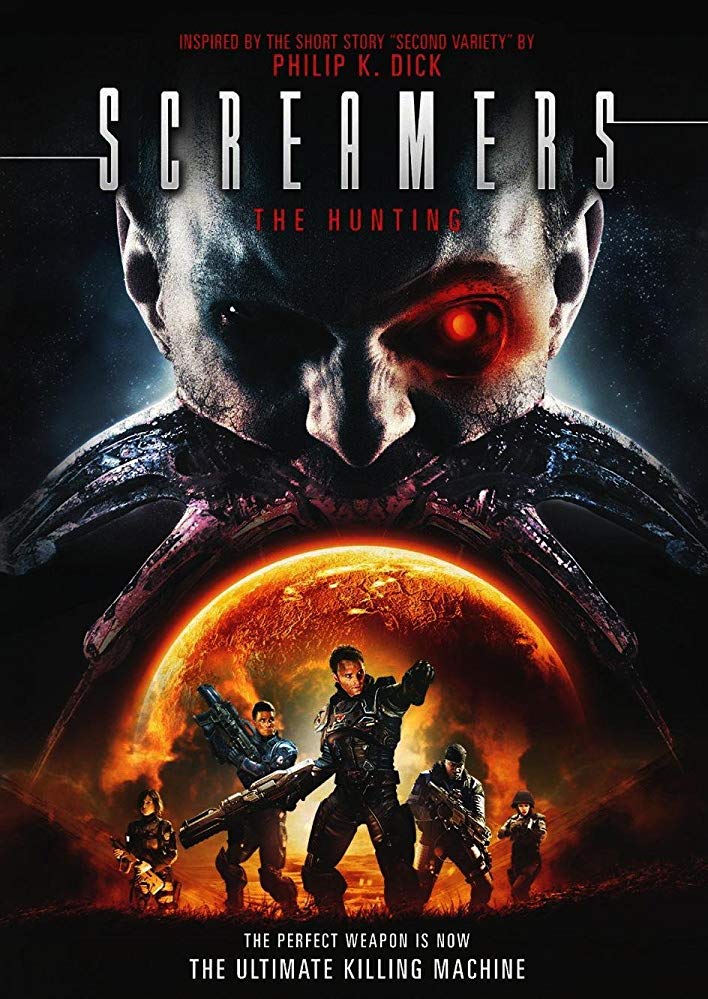 12
Short story with twist ending where astronaut wakes up to find alien poised over his body?
35
French film where the wife/girlfriend changes every morning after sex
7
Humans travel to earth-like planet to colonize but find peaceful aliens
6
Movie where aliens implant eggs in astronauts and slowly take over them except for one alien, Sabrina, who lives with her host body
4
A movie where a man dreams he's a woman living an alternate life
9
Movie where a man is injected with alien DNA that heals his wounds