What is a mentat in the Marvel universe?

Mantis, in the Guardians of the Galaxy, refers to herself as a mentat a number of times. I know what it means in the Dune universe but this is the first time I've encountered it outside that context, and Wikipedia only explains it within the context of those works.

What is a mentat in the Marvel universe? Is it the same as in Dune?

Mantis, through her psychic/telepathic connection to the Cotati, is able to tap into knowledge of things she would have never had access to in her physical existence. Her knowledge of those things is perfect and complete allowing her to perform acts of computation, engineering and information management comparable to a powerful computer system.

Mantis is the daughter of Gustav Brandt, a super-villain named Libra. While a child, her father left her with the alien Priests of Pama, a sect of the Kree who believed that she might become the Celestial Madonna.

Trained by the Priests of Pama, pacifistic Pink Kree who shared their scientific knowledge and martial abilities with the Cotati, a plant species with prodigious mental powers, Mantis was gifted by both groups with the ability to understand things she has never physically experienced and the underlying nature and order of the universe.

She excelled in her martial arts studies, but when she reached adulthood, she was mindwiped and sent into the world to gain life experience. She became a prostitute in a Vietnamese bar, where she met the Swordsman. She helped him regain his self-respect, and followed him when the former villain attempted to rejoin the Avengers.

Mantis has had the rare distinction of being one of the only Marvel characters to be assigned the title of Mentat. She did seem to possess a nearly encyclopedic knowledge of her opponents and how to defeat them. In some ways her mental abilities functioned in a fashion similar to the "cosmic awareness" portrayed by Captain Marvel.

Strangely enough, when the character was at her most powerful and interesting, her mentat abilities were rarely given much traffic. She was most known for dishing out a beatdown to the Might Thor wearing little more than a bikini. 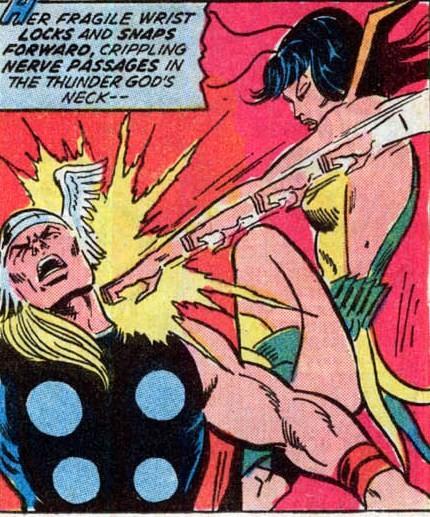 Trained by the Priests of Pama, her fighting prowess has had her delivering a beatdown to the likes of Thor, Wonder Man, Nuklo and even Thanos. 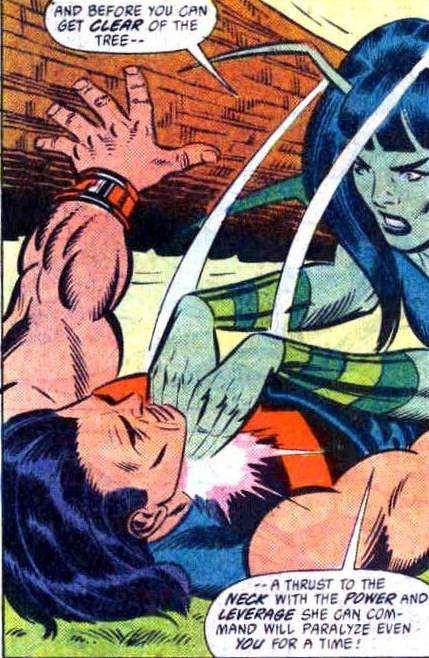 "Mentat" originally refers to a slave used for mental labor, like if you buy someone and make him your accountant. I can not for the life of me get the internet to admit this though, or find it in my dictionary. I think you need a big, old dictionary, like Gene Wolfe uses.

Not the answer you're looking for? Browse other questions tagged comics marvel or ask your own question.

5
Which reality is the Guardians of the Galaxy (2008) series set in?
23
How many characters have appeared in both Marvel and DC comics?
52
How does Rocket understand Groot?
5
What, exactly, is Vibranium able or not able to absorb?
2
How is the timeline of Marvel established amid the multiverse, reboots, etc?
38
Which MCU movies are essential background for Civil War?
6
What would happen if a mortal possessed all 6 Infinity Stones?
8
Which dimensions from Spider-Man: Into the Spider-Verse exist in other works?