I've been trying to remember the name of an old cartoon show I used to watch a bit over ten years ago. It used to air late at night, I think around midnight. But I can't remember the channel, it might have been Cartoon Network but I'm not sure.

Each episode focused on a different story, but all of those stories where horror related. I especially remember 3 such episodes:

I'm pretty sure there were more episodes than this, but it's all I can remember.

It is not Grizzly Tales or Freaky Stories.

There was a period at the end of 90s when "scary" cartoons were quite common.

The series was cancelled on December 10, 1994. In 1999, the show returned to the air as New Tales from the Cryptkeeper. The animation was different from that of the previous episodes and it switched over to Teletoon in Canada, and also switched to CBS in the United States.

The show details the Cryptkeeper telling different horror stories to the viewers, each with a lesson to be learned.

This is a picture of the Cryptkeeper 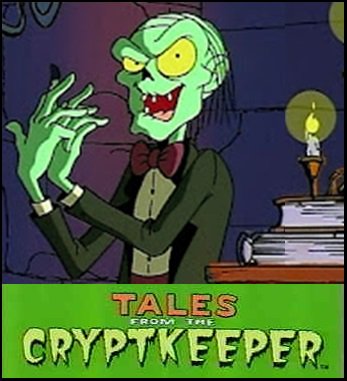 and another picture from the following season 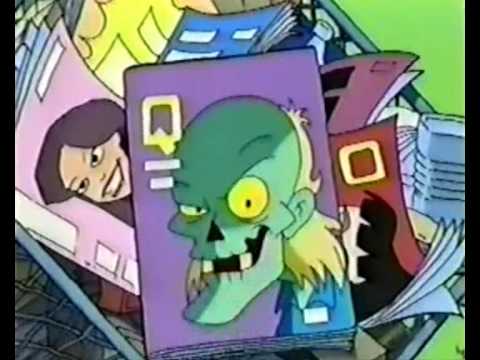 Not the answer you're looking for? Browse other questions tagged story-identification tv horror cartoon or ask your own question.

10
Help with title of an old Japanese anime about a quest involving magical creatures?
26
Fantasy book filled with short disturbing stories
6
Looking for Horror cartoon name: Body thieves, Spiders in a woman's hair due to hairspray. CN or FoxKids.
14
Old cartoon or anime featuring a girl protected by a Red Robot
9
Book of horror stories based on Native American folklore
7
Looking for an old-old sci-fi tale about time-traveling
15
Cartoon about a boy who jumps forward through his life by pulling some string on a ball
4
Anime/cartoon about two kids trying to depetrify all humans
37
I am looking for a cartoon, old one, with virtual reality?