My phone broke and all the data is gone so I am looking for this manga. I can't remember the title but I remember the entire story.

Its description was it's all about this female worker with glasses who is summoned into another world as they were looking for the priestess to save the country I think. But then she was told she was not needed and it's their mistake because she was not the only one summoned. There's also another one, a high school girl, who the prince automatically chose, completely ignoring the female worker because she's old and average-looking (she's maybe in her 30's).

Later on she became a herb apprentice and discovered she has amazing magic and talent. She thought maybe it was nothing as she came from another world. Not until she gathered her courage to heal an injured man who just had his legs cut off (dunno if it was arm or what?), maybe because of the war or a monster but I can't remember clearly. The man was injured, she healed him, and he regained his legs/arm. Then she was convinced she was the priestess because it was known that priestess can heal anyone and anything even bringing back the dead which is very impossible. And I was convinced she was the priestess because it was said in the manga that the high school girl is only at level 6/7 idk but she's at average level (with all those abundant resources and all) but this female worker is already at max point btw she can see it. And it was noticed that the mc was getting more beautiful and doesn't need to wear glasses as the days goes by.

The last chapter I read was when she met the king at the library and the king apologized to her for his son's behavior (he was really rude in chapter 1, he just straight up ignored her and went to the more radiant younger one). 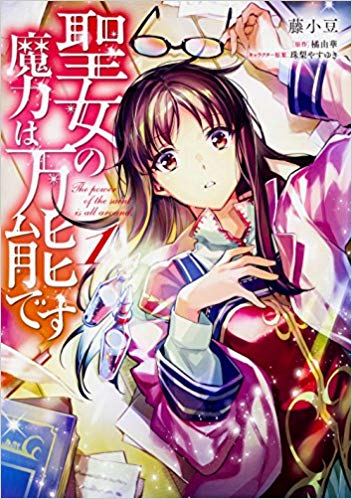 Cover page of the 1st volume of the manga

Sei, a 20 year old office worker was summoned to a different world after finishing some overtime work. But the person who had summoned her looked at her face and said, "This is not the Saint." Is this neglect play?!

Sei left the royal palace and concealed her saint title. She started working at a laboratory where she made potions and cosmetics. She used her magic to grant people's requests and slowly people began suspecting that she was a saint!

Can Sei enjoy her slow dreamy different world life without her saint title being found out?!

The main character is Sei, a glasses-wearing female worker in her 20s who got summoned into another world after returning from her work. 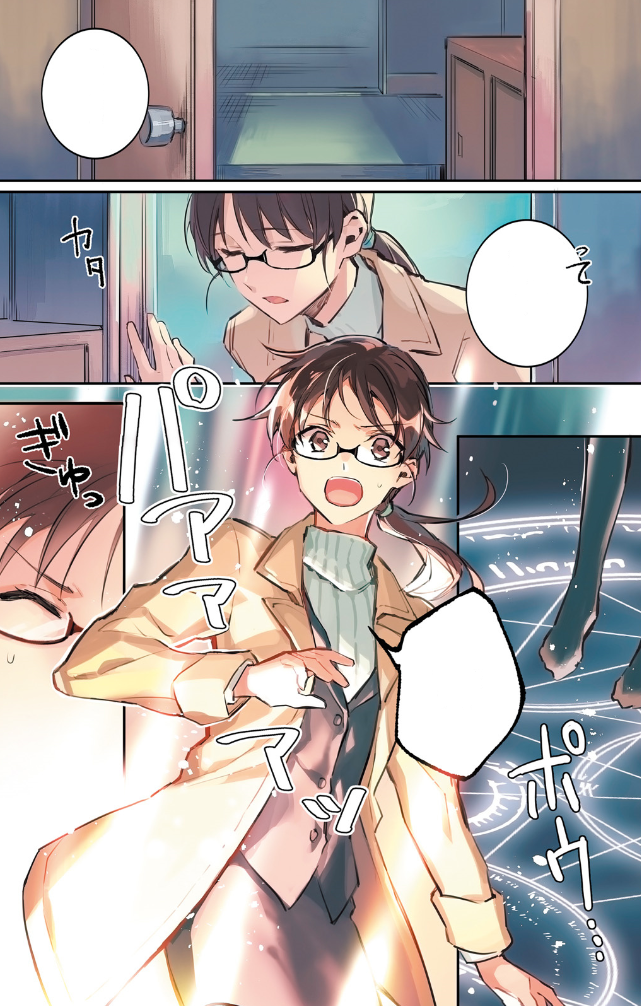 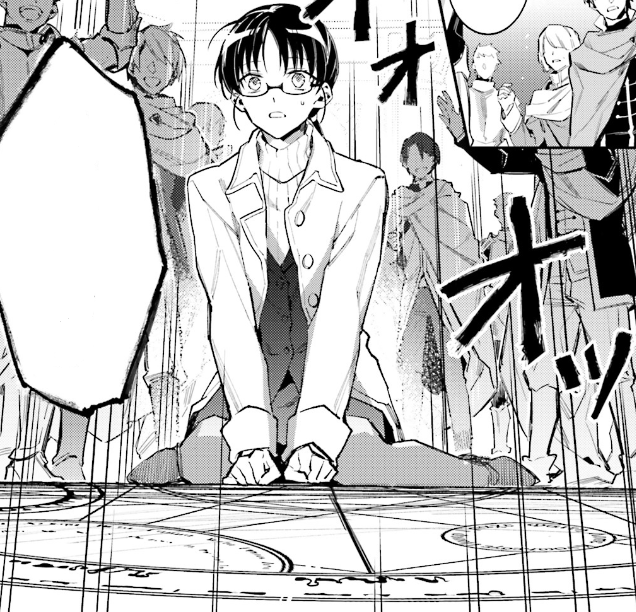 There's another girl who also got summoned at the same time, and a red-haired prince who directly addressed her while ignoring Sei. 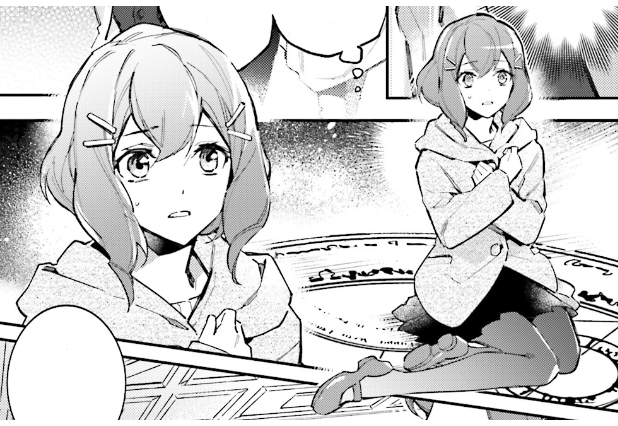 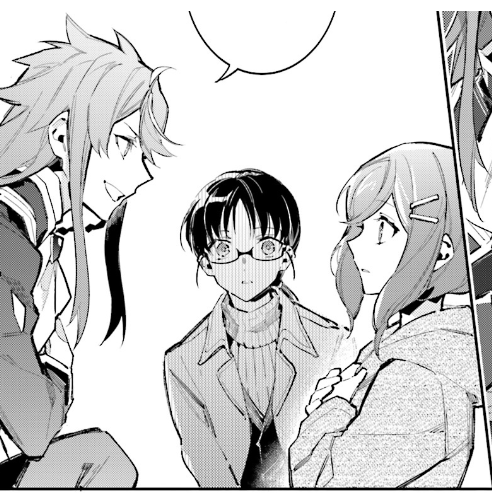 Later on, she was learning about herbal and potion making with her mentor. 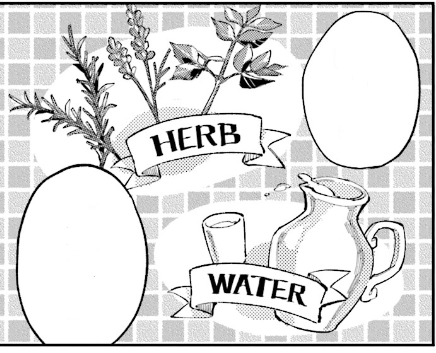 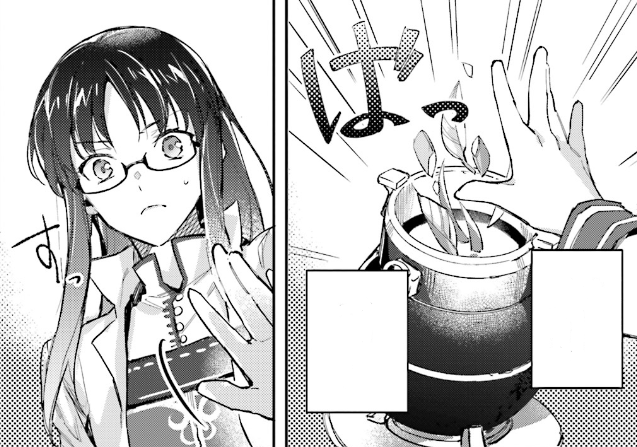 She also learned magic due to her mentor channeling his magic power from his palms to her. 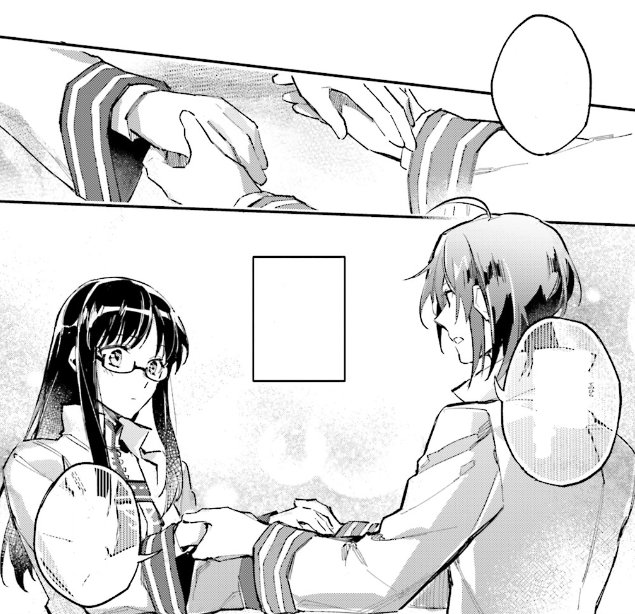 Had a hard time finding the right keywords for this, so this won't be really helpful, but found with 少女漫画 異世界 召喚 女性 女子高校生 (shojo manga, other-world, summon, lady, high-school girl) which returned a Japanese article on recommended isekai manga with heroine MC.

Not the answer you're looking for? Browse other questions tagged story-identification magic manga magical-transportation or ask your own question.