When the country of Markovia was first introduced on Black Lightning, it seemed like it was going to be another country like Marvel's Sokovia: small, Eastern European, gang ties. It's also described as a rogue nation, which usually also implies being small.

However, they have sufficient resources to send numerous agents and assassins to the US. And according to Agent Odell, they have the largest number of frozen metahumans in the world - larger, presumably, than the US. All of this points to a larger country: more Russia than Kosovo.1

So how large and populous is Markovia?

1: Rearrange the letters and it is very similar.

According to Doomsday Clock #5, Markovia is an extremely small country in West/Central Europe: 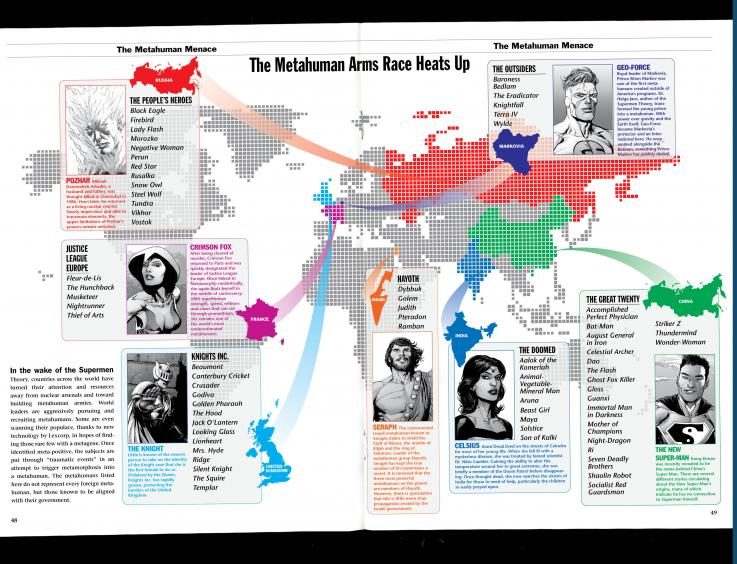 It's about twice the size of Luxembourg, its immediate neighbor to the east.

The DC Database shows a similar size, though for some reason refers to it as being in "Eastern" Europe despite showing it nestled between France and Luxembourg: 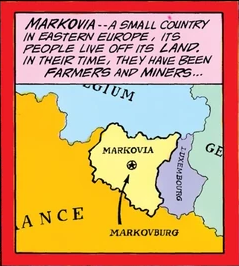 Unfortunately I don't have any information about the population size, but based on descriptions of it being a small and rural nation, I would guess that it is not very populous.

It's never been stated, so no way to know. However, I would point out that large and highly populated is not necessary for the situation described.

Obvious example: North Korea. Economically very weak. Population of 25 million, which isn't bad, putting it between Romania and Poland, but, needless to say, support for that population is minimal, with famine not unusual.

Despite that, they cheerfully send assassins, military advisors and spies all over the world. They've invested in high-tech warfare, such as the ZM-87 anti-personnel blinding lasers. Although the quality is suspect, since the equipment ranges from World War 2 in vintage to the present, they're ranked 4th in the world in terms of tanks behind Russia, China, and the US, 3rd in towed artillery, 3rd in self-propelled artillery, they're ranked first in the world in number of submarines (quantity does not equal quality, obviously), number of special forces, and so on.

The main reason you don't see more about their action outside their borders is, quite honestly, their ethnicity. A spy who is North Korean in origin has a slightly harder time blending in with the populations North America (less so in Canada and the US with significant populations of East Asian origin), South America, Europe, much of Asia, and Africa, which limits them. A fictional European country would have much less of a problem in this case.

So, using the real life example, it's not hard to imagine a fictional example.

Not the answer you're looking for? Browse other questions tagged dc black-lightning-2018 or ask your own question.

72
How does Superman shave?
5
How similar is Earth-2 to the DCnU's Earth-1?
4
Who built the large-scale cell phone sonar device?
31
How does Batman disappear?
4
How fast can you fly with a Legion Flight Ring?
9
How old is Mr. Mxyzptlk?
5
How did Martian Manhunter get infected?
7
How big is Mogo?
2
How far has the Markovian invasion progressed?
23
How is Ozymandias so strong?