I'm looking for a book of fairy stories by a single author that my teacher gave me in the late 70s in grade 5.

The book starts with a girl exploring. She finds a tunnel that passes through a mountain and there is a tower on the other side. At the top of the tower she finds a room full of shadows interacting but no people to cast the shadows. A young man discovers her and is angry to find her: she doesn't belong there. Rather than sending her away, he tells her a story about some of the shadows in the room.

First story: a young woman falls in love but alas the young man is a fairy and they can never be together - unless! - he is exiled for 100 years while she learns from his family how to live in the fairy world. The story is followed by a brief scene back in the shadow tower.

Another story is about a brother (Topaz? Citrine? Some gem name) to the first fairy. He has an arranged marriage to a fairy princess from another kingdom named Bluebell. The stunningly beautiful Bluebell arrives with a mute goblin maid. Unfortunately Bluebell's behavior is not as lovely as she is. She is actually a goblin who has stolen Bluebell's appearance to connive a marriage treaty between the fairy kingdom and the goblins. The mute goblin maid is the true Bluebell under a spell.

The only other story I can remember is about Sapphire (Bluebell's daughter?). Sapphire's family despairs of her ever finding her place in the world. She ends up moving in with a dragon (purely platonic, this is a children's book!) and living happily ever after.

The book ends with the discovery that the man in the tower is the exiled fairy prince. The term of his exile is almost over and the girl must run home now, because it's getting late and the passage back through the mountain will soon not be safe (goblins!).

In the middle of a deep forest is an enchanted valley and a castle where only shadows live, shadows of kings and queens who have waited for hundreds of years for the spell cast upon them to be broken. One day, a girl named Lucy follows a little dog through a tunnel into the valley and meets the mysterious red-haired Michael, who takes her into the shadow world to meet Prince Mika and his mortal wife Gloria, their children and their children’s children, and to learn the magic that will lift the spell. 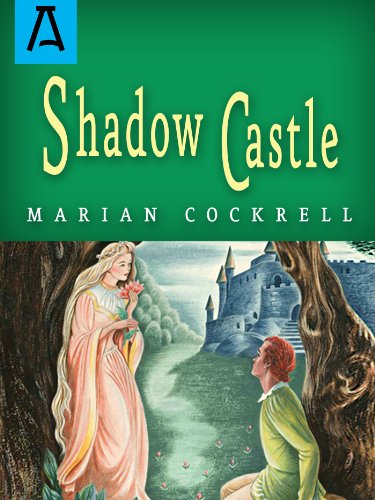 Not the answer you're looking for? Browse other questions tagged story-identification short-stories anthology-book fairy or ask your own question.

27
Fantasy book filled with short disturbing stories
8
Fantasy book where in the end, a crippled exiled boy becomes king
6
Young Adult Sci Fi Book - Girl goes to "academy"
17
Looking for the name of a Fantasy book where magic ability determines royalty
10
Fantasy book from 2000s girl with amnesia, hideously ugly face wears mask works as kitchen maid
28
Young adult short story book with one story where a woman finds a walrus suit and becomes a walrus
7
Looking for a young adult novel, gemstones for eyes
14
Young adult fantasy book about a young girl who thinks she is human until she stumbles into a fairy court and is revealed to be a changeling