This short story was in a Sci-Fi or Fantasy anthology I read in the late 1960s. It involves a scientist who invents a small device with a circular cable loop that is capable of slowing time almost to a standstill for anyone inside the cable loop. The scientist's bad-guy lab assistant steals the device as well as the scientist's daughter and disappears. Using a second time device, a detective, hired by the scientist, pursues the bad guy into the time-stopped, motionless world to which he ran. Ultimately the detective reclaims the device and rescues the girl. They become very close during their time together and ultimately are shifted back to normal time with a humorous result.

Additional note based on comments: a small portable box (machine) is attached to a cable (think bicycle lock cable) that can be wrapped around a person (or two) and activated. Whoever is within the cable experiences normal time-flow but sees the outside world as stopped. In the story, several days are spent in this "frozen" world by the detective and the girl. The author's great descriptions of the time-frozen world are what I remember best. Finally, using the bad guy's stolen "cable" the girl returns to her father's lab and is reunited with her father. The detective arrives shortly after and the scientist offers to introduce his daughter to him but instead he walks directly to her, takes her in his arms and kisses her.

Dr. Harry Brett is meeting with a man named Hunt who introduces Brett to his niece Laura Hunt. At that moment they are suddenly transferred into frozen time, awakening elsewhere to an oddly-lit grayness.

It turns out that Brett had invented a mass-nullifier that, as a side-effect, almost infinitely speeds up time. His assistant, Dr. Cable, has stolen the idea and had been using it to steal things only to discover he couldn't return himself to normal time. Cable thus kidnaps Brett to fix his nullifier so he can return to normal time.

Cable's device was merely a small brass case with a control-switch on it — Brett's models had had the switch at the end of a small flexible cord — and a length of flexible field-cable.

The ending of the story:

They stood as they had been. Days and weeks ago — or maybe it was the thousandth of the thousandth of a second — Laura's uncle had said, "And Mr. Brett, this is my niece, Miss Hunt." And they'd shaken hands, and as their hands were clasped, everything began.

Now they clasped hands again, smiling at each other.

They threw over the switches of the two irreversible nullifiers at the same instant.

He stopped and gasped. Because his niece — a very well-behaved young woman — walked straight into the arms of the young man to whom she had just been introduced — whom she had first laid eyes on not more than a minute before. She clung to him, and put up her face to be kissed, and caught her breath in something suspiciously like a sob of joy.

The story was first published in Thrilling Wonder Stories Fall 1942, and can be read at the Internet Archive. 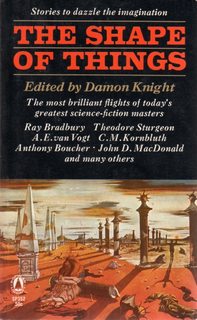 5
Book where boy/girl teleport/time travel with device that uses mobius strip
6
Boy travels through time using a calculator
19
Looking for a short story that explains that Cinderella's stepmother was only trying to protect her
10
Looking for a sci-fi collection book 2000 to 2010 containing two specific stories
6
B&W horror sci-fi movie where a mad scientist sends a monster to kidnap the female lead, ends with a hairy shoulder
3
Sci-fi movie released before 2011: scientist injects a pregnant woman with experimental stuff, the child grows very fast