How did Shermy get the Finn Sword?

How did Shermy get the Finn Sword? Wasn't it destroyed and turned into Fern the human? 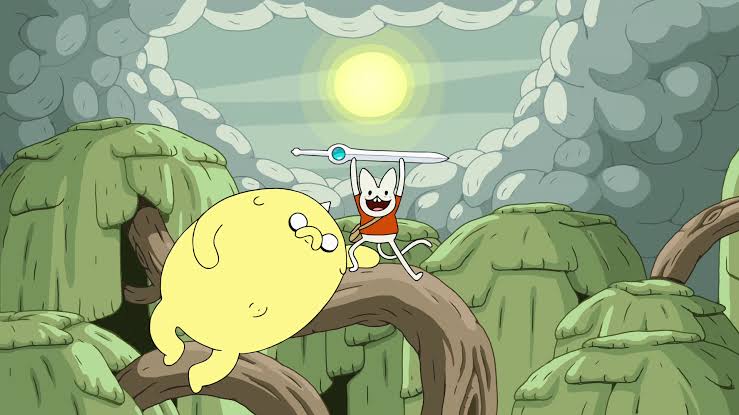 According to the fan wiki as mentioned by @DavidW in a comment, though fan wiki's AREN'T to be trusted, this is what it says.

The Finn Sword is a sentient sword created by a paradox in "Is That You?", after Finn sacrifices an alternate-reality version of himself to bring Prismo back to life.

The Finn Sword first appears in "Breezy" during Finn's vision, when Finn awakens to Breezy's final song. However, instead of seeing Breezy in her Queen form, he has a vision of Princess Bubblegum holding the Finn Sword.

In "Is that you?", visiting a much more elaborate version of Prismo's Time Room, created as a "Plan B," Finn makes a choice to save Prismo by creating a paradox that vaporizes his dream world duplicate. Instead of turning to dust, Finn's body turns into a sword, dubbed the Finn Sword by Prismo.

In "I Am a Sword", it was lost until being found by Bandit Princess, who used it to steal gold and kill people. Finn accidentally stabs the Finn Sword with the Grass Sword, rendering it inactive. The Finn in the sword is seen at the end of The Music Hole, suggesting that the sword's inactivity is the alternate Finn's choice rather than actual destruction.

In "Reboot" and "Two Swords", it is revealed that there is a little Finn living within the space of the sword, and the grass sword once again touches the Finn Sword. This results in creating a strange grass humanoid. Due to having Finn's memories he later takes on the name and personality of Finn but starts to become a different person being known as Fern. Fern was killed (shattered into grass pieces) in "Three Buckets," but was resurrected by Gumbald as seen in the episode "Seventeen."

After Fern's destruction in "Come Along With Me," his remains take the form of a seed shaped like the Finn Sword. That night, Finn and Jake plant the seedling together, which causes a massive new tree to sprout, with a remade Finn Sword embedded in its branches. Many years later into the distant future, Shermy and Beth find the sword on the top of the tree.