What was the meaning of the Night King's message?

In S08E01 of Game of Thrones, we see this message: 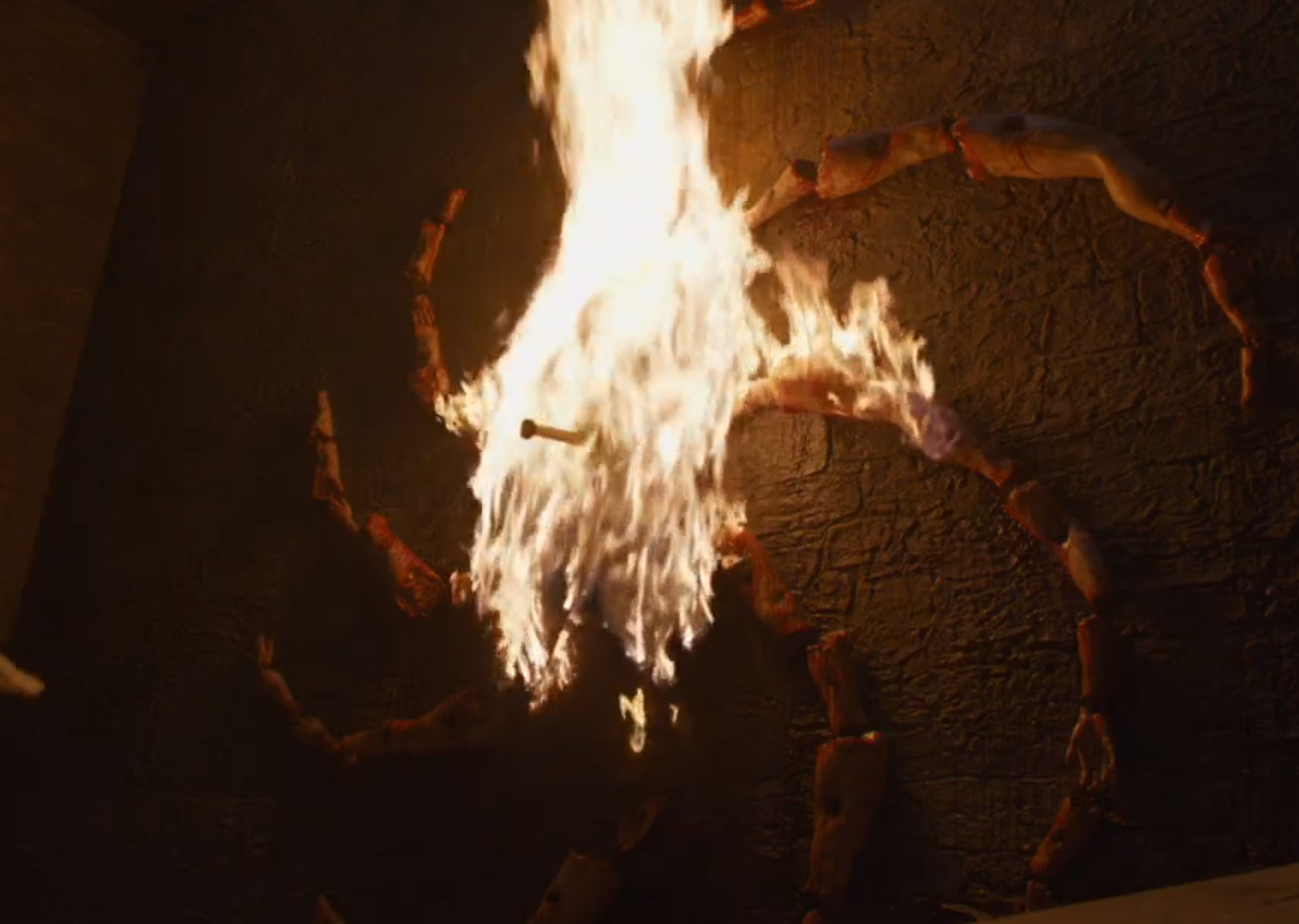 We have seen this several times, the symbol drawn with horse heads, the stones around the Weirwood where White Walkers are created and in some caves, drawn by Children of the Forest.

Do we know the meaning behind this symbol? Does it or something similar occur in the books as well?

Related over on movies.

TL;DR: The White Walkers copy it from the Children of the Forest, but we don't know their exact signification

A movie.stackexchange answer already cover quite well the topic. This symbol is a common pattern amongst White Walkers, but also Children of the Forest.

According to David Benioff, we don't know the meaning of this spiral symbol.

One of the things we learn from these cave paintings is that the White Walkers didn't come up with those images. They derived them from their creators, the Children of the forest. These are patterns that have mystical significance for the Children of the Forest. We're not sure exactly what they signify, but spiral patterns are important in a lot of different cultures in our world, and it makes sense that they would be in this world as well.

As for the books, as far as I remember, they are not present.

In a recent interview to the New York Post, writer Dave Hill, who wrote Game of Thrones S08E01 Winterfell answered this specific question

And finally, what can you tell us about the spiral the White Walkers create with Ned Umber’s body and severed arms? This pattern has appeared a lot on the show.

As we saw with Bran and the Three-Eyed Raven, the spiral pattern was sacred to the Children of the Forest, who created the Night King by sacrificing a captured man in a spiral “henge of stones.” The Night King then adopted the symbol as a sort of blasphemy, like Satan with the upside-down cross.

So, we now know what the Night King's message was with this and the other spiral patters the White Walkers leave behind. To put it in words (NSFW text)

However we don't know what was it's meaning from the perspective of Children of Forest. Maybe we will get that in the prequel

16
Is there significance to the way the White Walkers/Others arrange dismembered body parts in patterns?
2
What does this symbol mean in Game Of Thrones?

33
If Commander Mormont knew about Craster, why didn't he tell everyone that the White Walkers weren't gone?
7
Is there a meaning behind Stark characters losing their wolves?
5
Chronology: White walkers and Children of the forest
14
Have other men been the Three-Eyed Raven in the past?
12
Would Coldhands have been a White Walker or a wight?
12
Why does the Night King look different than his cave paintings depiction?