Steamy fantasy book, succubus-type character being after the “seed” of male protagonist

I'm trying to remember the name of a fantasy book I read a while back (10 years ago).

There was a male protagonist who was some kind of "chosen one" and a succubus-type character who was after his "seed" for some grand purpose.

I think the book ended with the succubus having sex with him and acquiring said genetic material. I think it had a mostly realistic setting with fantasy elements interspersed.

Apart from the mostly realistic setting, it sounds a lot like Andrew Offutt's Chieftan of Andor (v.t. Clansman of Andor) from 1976.

The protagonist is Robert Cleve, an earthman who is selected to take over the body of warrior chief Doralan Andrah, who is pivotal on his world of Andor, but whose mind is dying.

There is a witch of sorts who needs a piece of Robert's/Doloran's body to ensorcel him, and thoough he is careful to destroy hair and nail clippings, the semen she receives from him when she seduces him does the trick. He is transported to another part of the world and has to fight his way back. I don't know if this is the book you are looking for, but the scene with seduction and acquisition of genetic material is exactly as you describe. Offutt also wrote pornography, and I remember other steamy bits. 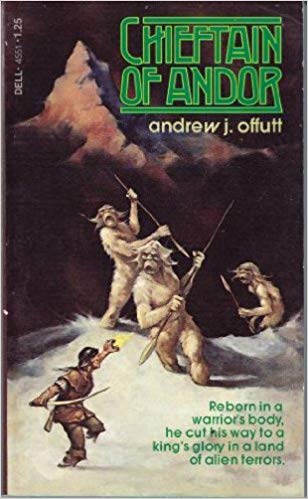 7
First-person fantasy novel, protagonist at different stages: in an army, retreating from the world, others
16
fantasy book/trilogy where magic-using character has swarm of bees as a familiar
14
Identifying story set in a high-fantasy world implied to be post-apocalyptic
10
Fantasy book series with non-human races and labyrinth
15
Looking for a fantasy series with ferrets, elves and a foul mouthed dwarf
9
Book(s ?) about Succubi in England
4
Looking for a fantasy book with young male protagonist protecting magic seed
2
Series about a young man struggling to become king in middle ages setting
11
80s/90s fantasy book: female protagonist, demon-related magic, “knife”/“blade” in title…?