Did Han Solo shoot Darth Vader’s TIE Fighter wingman from the cockpit of the Millennium Falcon?

In Stars Wars: Episode IV—A New Hope, did Han Solo shoot Darth Vader’s TIE Fighter wingman from his chair in the cockpit of the Millennium Falcon or from one of the Falcon’s two swiveling gun turrets?

If he was in one of the swiveling gun turrets, then Chewbacca was flying the Falcon at that moment and he did a great job of piloting because he likely had to dodge the laser fire coming from about 10 or more gun turrets on the Death Star in order to get close enough to the Death Star’s surface for Han to make that shot.

If this is what occurred, then Chewbacca was the real hero of the day in my opinion.

The original script indicates that Han and Chewie were both in the cockpit. This would suggest that Han was doing the fancy flying and Chewie was operating the guns by using the "weapon" controls inside the cockpit. 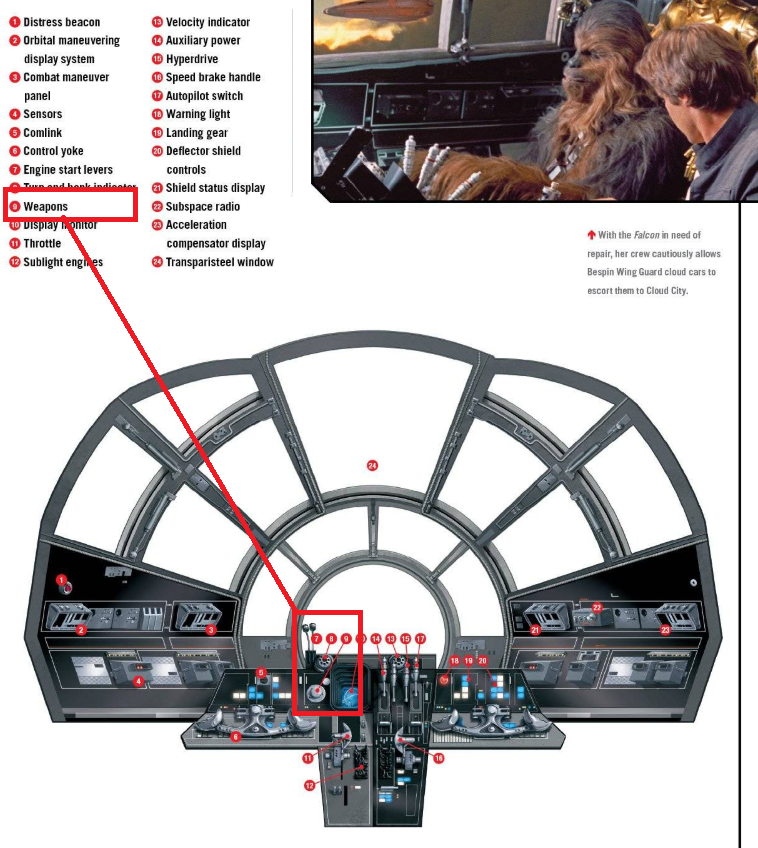 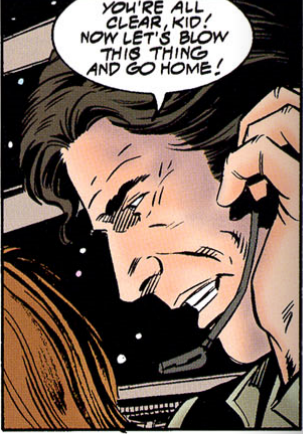 It's pretty clear in the movie that Han was in his seat in the cockpit throughout. When he says "You're all clear kid, now let's blow this thing and go home!" he's obviously in his cockpit chair, and it's just a second after the second wingman clips Vader's TIE fighter. (The cockpit background is identical to that seen in wider view a few seconds later when he says "Great shot kid, that was one in a million!")

Chewie, on the other hand, was not visible in the cockpit when the TIE fighters were shot, so he may have been firing the cannon, or there may be a way to control them from the cockpit.

As noted in the comments, the Millennium Falcon can fire forward-facing guns by cockpit control, as seen in Ep. VI when the Falcon fires on the power generator at the core of the Death Star 2.