Could the Hulks procreate?

I just watched Planet Hulk. At the end the Hulk ends up with someone seemingly almost as powerful as he is. Are the Hulks (Green, Red, and She-Hulk) able to have children?

The Green Hulk actually had a son, Skaar, from the end of Planet Hulk storyline from the comics (not film). So in short, yes.

As for Red or She-Hulk, I don't know of any offspring. But I suppose it's possible. 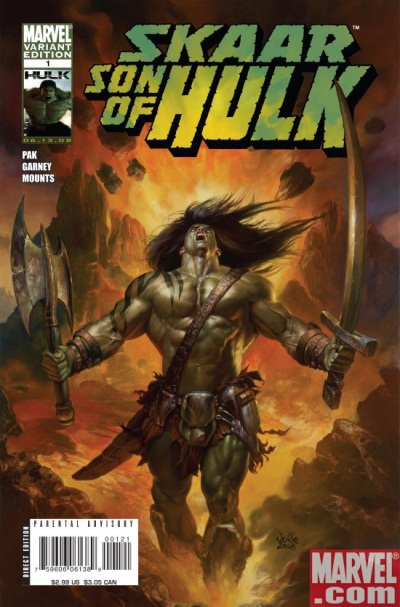 Bruce Banner/The Hulk has two children, Skaar and Lyra, through extraordinary circumstances using advanced technology to ensure the viability of both offspring. Could the Hulk have a child with a normal human? It is much less likely for a number of reasons. Given what we know of all Hulks, it would seem on the face of it an unlikely possibility.

Of course we want to explain how Bruce Banner ended up any children. But for that, we need to consider the Hulk's unique circumstances and his son's mother, who is absolutely out of the ordinary. The alien, Caiera the Oldstrong, was no ordinary human and it is the nature of her powers which have made at least part of this possible. 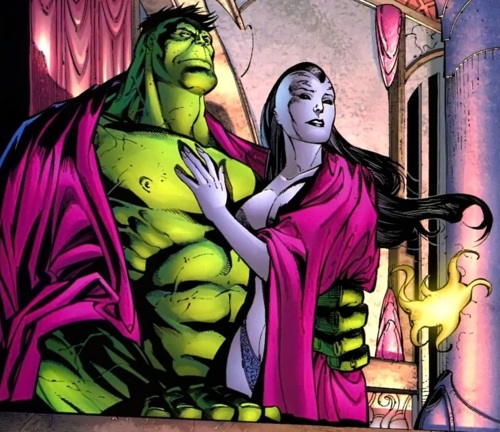 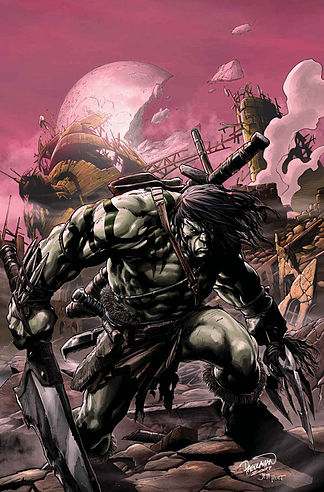 **Her planet was somehow rich with life-force energy capable of feeding Galactus for hundreds of thousands of years, thus potentially sparing thousands of worlds from his hunger.*

Skaar is the progeny of the Hulk and of Caiera the Oldstrong, who conceived Skaar during the Hulk's time on Caiera's home planet, Sakaar. After Caiera's death, and the Hulk's departure from Sakaar, Skaar emerged from a cocoon, appearing to be the age equivalent of a human preteen. A year later he resembles a human teenager, and subsequently, an intelligent adult, in both appearance and intelligence. --Wikipedia > Skaar > Biography

Given these extenuating (and highly unlikely, sorry, Greg Pak) biological circumstances, a woman whose superhuman powers rivaled the Hulk's, resistance to radiation, an unknown connection to a life-sustaining power capable of sustaining the Devourer of Worlds for millennia, all led to the Hulk being able to become a father. It would take similar superhuman or advanced technological support to see another Hulk able to take the plunge into parenting.

EDIT: In everyone's zeal to talk about Skaar, we have overlooked the other technologically delivered child of Bruce Banner, the Savage She-Hulk Lyra! This daughter of the Hulk reinforces what I have already mentioned, only a society capable of genetic alteration would be capable of using the Hulk's altered genetic structure to produce viable offspring.

Images of Lyra and Jennifer, first cousins and both Savage She-Hulks 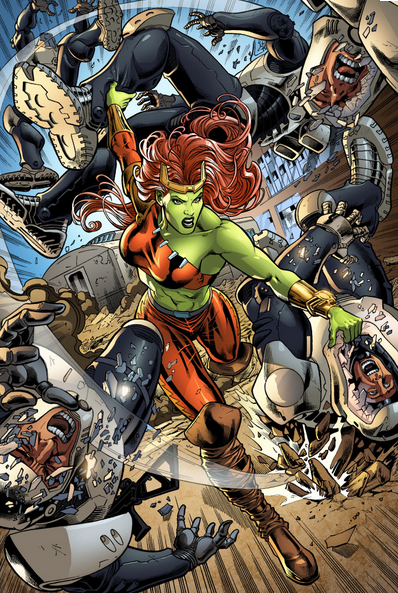 Banner and Hulk have fathered four children between them, they're very fertile. Hulk has two sons from traditional methods i.e. mating, Skaar and the lunatic Hiro Kala (a Thanos style evil genius who poisoned Galactus and has the power to move planets). Lyra was produced from Hulk's DNA and Carmilla Black is said to be Banner's daughter although she doesn't have any of the traditional Hulk powers.

There's no reason Hulk and his ex wife (Red She Hulk) couldn't have children (that they are divorced is irrelevant as they had sex post divorce while Hulked up) either in Hulk or non Hulk form nor is there any reason the other Hulks couldn't have children if they mated which would be difficult as half of them are related! The male - female relationships are :

I'm guessing the last thing any of them need is baby Hulk's running around which is probably why we won't see it anytime soon but I'm looking forward to an issue in which Lyra brings home a date to meet her dad.

9
Can Bruce Banner Have Sex Without Becoming the Hulk?

6
Who is Amanda Von Doom?
25
Is there a difference in the Red Hulk's and Green Hulk's powers?
52
Could the Hulk become powerful enough to break adamantium?
8
Is the Red Hulk's radiation intense enough to harm people?
7
Can hulks be shut down psychically?
1
Which comics cover the origin of the many Hulks and S.M.A.S.H.?
43
How many Hulks are there?
12
How strong is She-Hulk?
29
Why aren't more Hulk-like beings being created?
1
Is Savage Hulk the only one to appear in film?