Can anyone explain what's the meaning of this in the new Game of Thrones opening animations?

With season 8 came a new opening scene animation, which now takes us down to the Crypts of Winterfell and the Throne room in KL.

In the older opening animation we saw the Stag, Dragon and Lion sigils on the wheels at appeared which signified the houses, in the new one however, I am quite confused what this new icon / logo signifies - 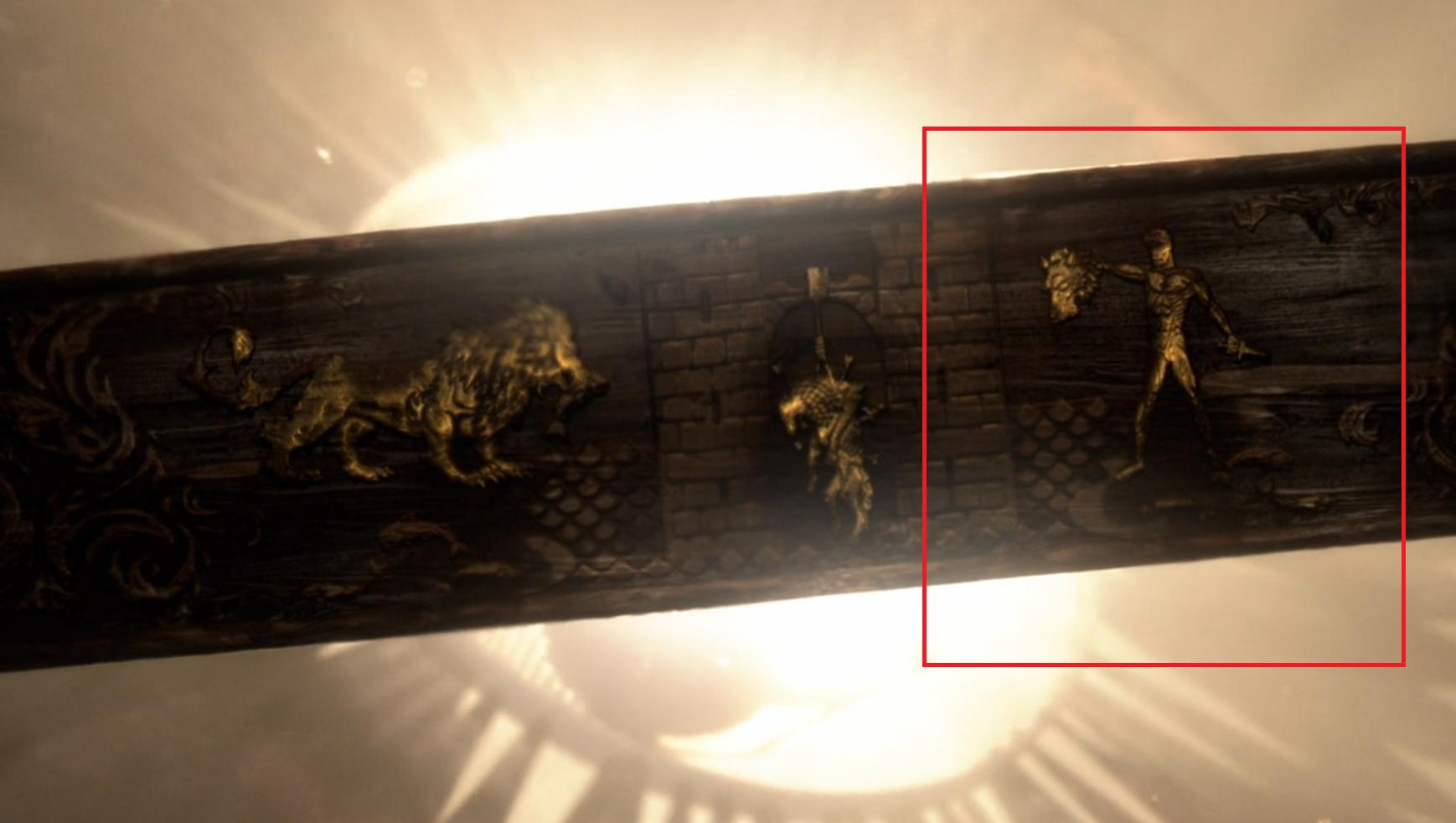 This is a depiction of the Red Wedding, when Lannister and Bolton houses attack Stark and Tully houses

On the left, A Lion is eating a trout. Lion is the Lannister's emblem, while the trout is the emblem of the Tullys.

On the middle, A wolf is riddled with arrows, and hung between two towers. The Wolf represents the Stark, while the two towers are the twins, the castle of House Frey, where the Red Wedding happened.

Finaly, on the squared part, a man shows a wolf head. The man is the red flayed man, emblem of the Boltons, while the wolf's head is again a reference to the Stark emblem.