In general, especially before the Treaty of Alliance, and the earlier neutral zone cease-fires, the Klingons thought very lowly of humanity.

However, fast-forward, in time to after the Treaty of Alliance, the Klingons likely would have access to human history. Would they have gained further respect for humanity after learning that WE had warriors much like theirs for many centuries (before we evolved to our technological advancement in the Federation), like Roman soldiers, Greek Spartans, or Samurais?

Yes the Federation has "warriors" of sorts, in combat-trained field officers for away missions and tactical officers and security officers on starships, but I'm referring to the Klingons' native passion for up-close and personal hand to hand combat with sharp blades and death. Humanity has essentially evolved beyond that by the time of the Federation.

So if a Klingon read about Sparta, Rome, or Imperial Japan, would that change their perspective on humanity quite a bit? Are there any episodes/scenes in any of the series/films/books where a Klingon mentions human warriors of old? I'm not asking for opinion-based answers. I'm asking for answers based upon 1) factual mentions in any Star Trek series/films/books, and 2) factual data based upon the Star Trek universe (memory alpha, any other resources).

It is clear that Klingons do respect human warriors as individuals, even if they do not have a high opinion of humanity as a whole. This was true even before the Next Generation era. Consider, for example, this ominous dialogue from Star Trek VI: 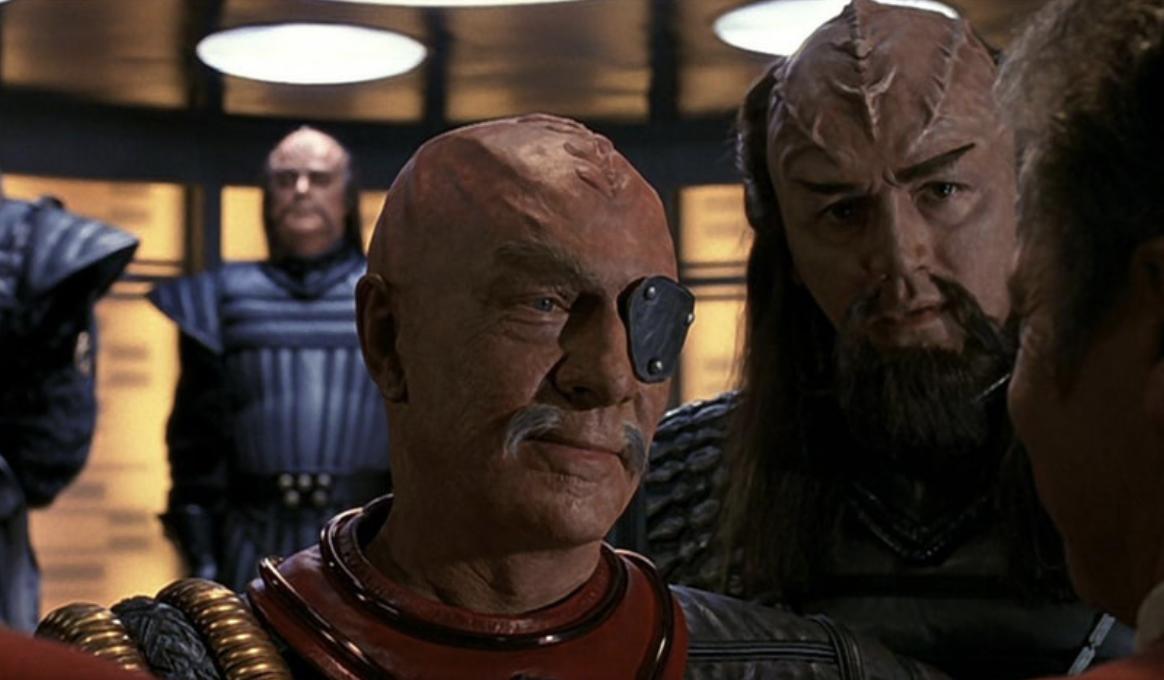 GENERAL CHANG: I've always wanted to meet you, Captain.
KIRK: I'm not sure how to take that.
BRIGADIER KERLA: Sincere admiration, Kirk, ....
CHANG: ... from one warrior to another.

It is not entirely clear whether Chang is actually sincere in his admiration, but Kerla certainly seems to be.

Not the answer you're looking for? Browse other questions tagged star-trek klingon federation or ask your own question.

41
Why doesn't the Enterprise use stealth/invisibility technology like the Romulans and Klingons?
15
What word describes organisations like the Federation, Klingon Empire, and Dominion in Star Trek?
4
Are Klingon threats towards the Federation serious?
7
Why would the Federation allow a trial and request for extradition of Worf without formal relations in place with the Klingons?
13
Are there any (canon) differences between Klingon and Romulan cloaking devices?
8
Do non-human groups gender their ships?
7
Why didn't the Klingons simply switch to another planet when Qo'nos became uninhabitable?
3
Why do Klingons call Commander Kruge, “My Lord”?