Why did Bruce Wayne have sex with this character?

I just watched The Dark Knight Rises and I think I may have missed something.

Miranda Tate shows up at Wayne Manor while Bruce is trying to get inside and they immediately start making out and having sex.

Was there anything earlier that indicated they were attracted to each other? Why did Bruce sleep with her?

Earlier when he crashed Tate's party he insulted her and kissed Catwoman.

This didn't really indicate to me that Bruce was smitten with her.

In the Dark Knight Rises, (also called the "Nolanverse") Bruce Wayne decides to have sex with Miranda Tate. 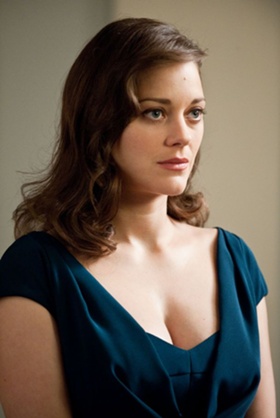 If we are to consider all possibilities:

At the point in the movie Bruce Wayne and Miranda Tate are about to have sex:

In the comic continuity, Batman has a son with Talia whose name is Damien:

Batman and the new Robin. Did I mention maladjusted?

Though this is not addressed explicitly in the movies, your comment did give me some insight into this. I believe the scene was multi-layered and showed us something of the nature of deception in the film. You asked why did Bruce Wayne do this? -- but relations are a two-way street, so one must also ask, why did Miranda Tate do this?

I analyze the scene this way:

We saw Bruce Wayne making love to Miranda Tate. We did not see Batman making love to Talia al Ghul, at least not in those roles. And remember, both are trained in the League of Shadows and not subject to ordinary lapses.

I believe it's possible that both of them had ulterior motives: Bruce Wayne perhaps to ensure he was not seen as the unapproachable Batman; and Miranda Tate to get more of an inside position in Wayne Enterprises, so she could move closer to her own goal.

But at yet another level: both Bruce and Miranda are at the core human beings with human failings like pain, revenge, anger, despair. One must conclude that lust is also a failing they share. Perhaps they can sublimate their desire in most cases. But when each of them met another perfect specimen - both are in superb physical condition and of above-average looks and intelligence - well, maybe they couldn't or didn't want to resist. Yes, this is dangerous. By remaining within their Masks as Bruce and Miranda they could partake of the sensual experience yet remain psychologically insulated.

So in contrast to my earlier comment, I think that the scene was intended to depict the layers of psychological barriers each of the characters carry.

Plus he thought she could be his fresh start.It wasn't love because he didn't know Miranda Tate well enough. It was a spur of the moment mistake (Lol cuz that word actually got used in the aftermath of the sex with MIRANDA.) A flipping mistake.

Bane also says later right after Bruce tells Selina, "You've made a serious mistake." Bane says, "Not as serious as yours, I fear."

Hinting at both walking into a trap and sleeping with Miranda- part of her plan to weaken his body before he fights Bane.

Bruce also did feel some sexual tension with Selina but thought Selina wasn't interested in him.

All in all, Bruce may be a genius but when it comes to women, he's thick as a brush. (Refer to the meaning of Bruce's name)