Who is the Umpire in this picture?

The "Go-karting with Bowser" page on TVTropes shows a picture of Superman pitching a baseball with Joker at bat, Batman behind him as catcher, and a third person behind Batman wearing an Uncle Sam getup as well as an umpire's mask- does anyone know who the umpire could be? 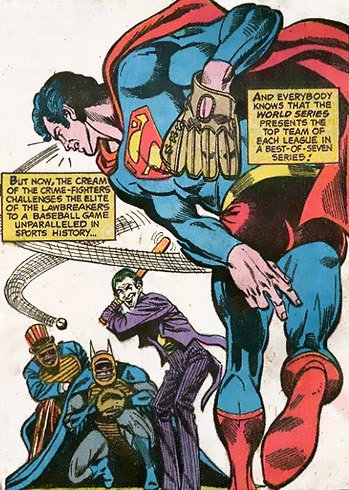 The character is Uncle Sam

Uncle Sam is described as a spiritual entity created through an occult ritual by the Founding Fathers of the United States. This "Spirit of America" was initially bound to a powerful talisman and would take physical form by merging with a dying patriot. The Spirit of America had taken human form as the Minute-Man during the Revolutionary War, Brother Jonathan in later conflicts and, during the American Civil War, had been split in two as Johnny Reb and Billy Yank.

The comic panel is from DC Superstars #10 which features a baseball game between some of the greatest heroes and greatest villains in DC history. Sam is drafted in as a neutral observer, one with impeccable credentials as a judge and an encyclopaedic knowledge of baseball rules. 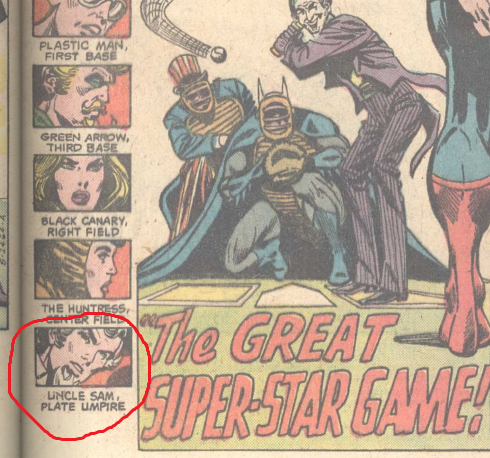 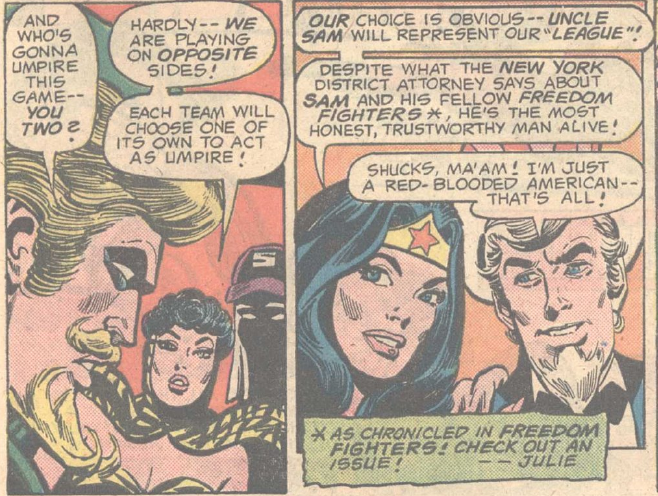