Why didn't the other White Walkers hear or see that character approaching the Night King?

In Game of Thrones S08E03 "The Long Night", Arya is a skilled assassin, master of stealth and whatnot.

However, the area around Bran is mostly clear, as shown in earlier scenes, how did they not see or hear that character approaching the Night King? Or did they notice and not warned it (as unlikely as it may sound)?

She didn't actually surprise the Night King. We see him slowly drawing his sword, see her leap towards him and he suddenly spins and grabs her by the throat. The way he does this is very deliberate. He appears to be expecting her attack and deliberately appearing unaware. (If you watch the scene very carefully, one thing you will see is that his eyes do not move at all when he changes from pulling his sword to spinning towards her attack.)

Notice that the other white walker also doesn't appear to have any expression as he turns. He appears to be dispassionately observing something. There's no surprise on his face.

The wights stayed silent not because they didn't see her, but because the Night King was keeping them silent. This was a ceremonial killing, not an attack.

This is not the first time in the battle the Night King showed such indifference and arrogance. He does this twice before in this episode alone, once just before Daenerys unleashes dragon fire, another time as Jon Snow starts to charge. In the latter case, he could have raised the dead long before. He's rubbing Jon Snow's face in his failure.

This is an arrogant creature who is amusing himself by toying with humans, rubbing their faces in the powerlessness of their attacks. That's exactly how he reacts with Arya. He let's her think she's got a shot, then spins around to demonstrate his superiority.

Then, she kills him with trickery.

They stayed silent because they didn't know what was going on. Arya is from Winterfell. She knows its passages, dead ends, and paths to get to Bran. Though wooded, she can make her way through woods easier than the army of the dead. We know that the wights have good hearing/sight, but she could have slipped to a tree closest to the NK, undetected, then just waited for him to make his move-then rush full speed, passed the walkers (who only noticed a breeze of her movement). Remember, she had a forward leap, and at her speed she'd need a running start to make the leap that she did. The distance from the trees to the god tree is around 20-30 feet... Believable striking distance for a 20 year old.

My friend and I are actually thinking about this scene as well, we thought of two possible theories:

The official answer so far appears to be that Arya...

Came out of nowhere

Watching Game Revealed for the episode and that is what all of the people involved in the show say and is even the title of the segment about it.

Looking into the behind the scene footage though she generally appears to come from the direction that the Night King had just come from. Which is probably why the "wind" brushed past the White Walkers face. See the following set images which of course match to the direction she comes from. 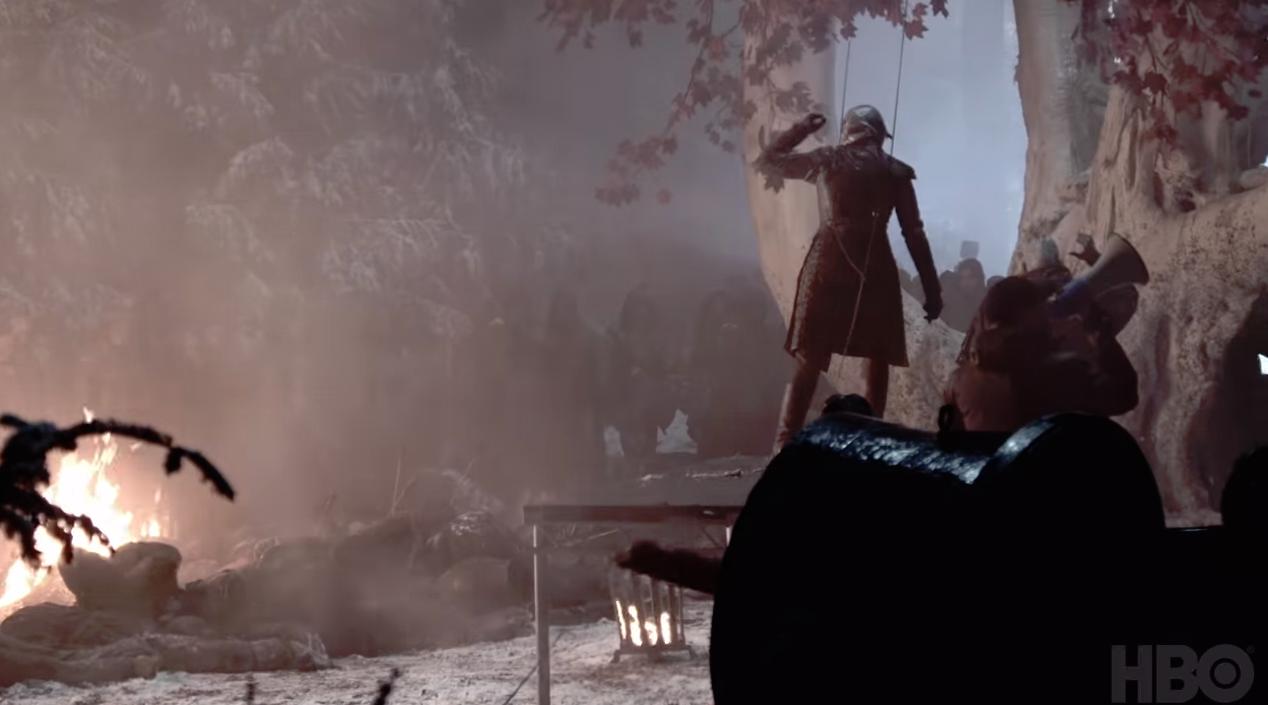 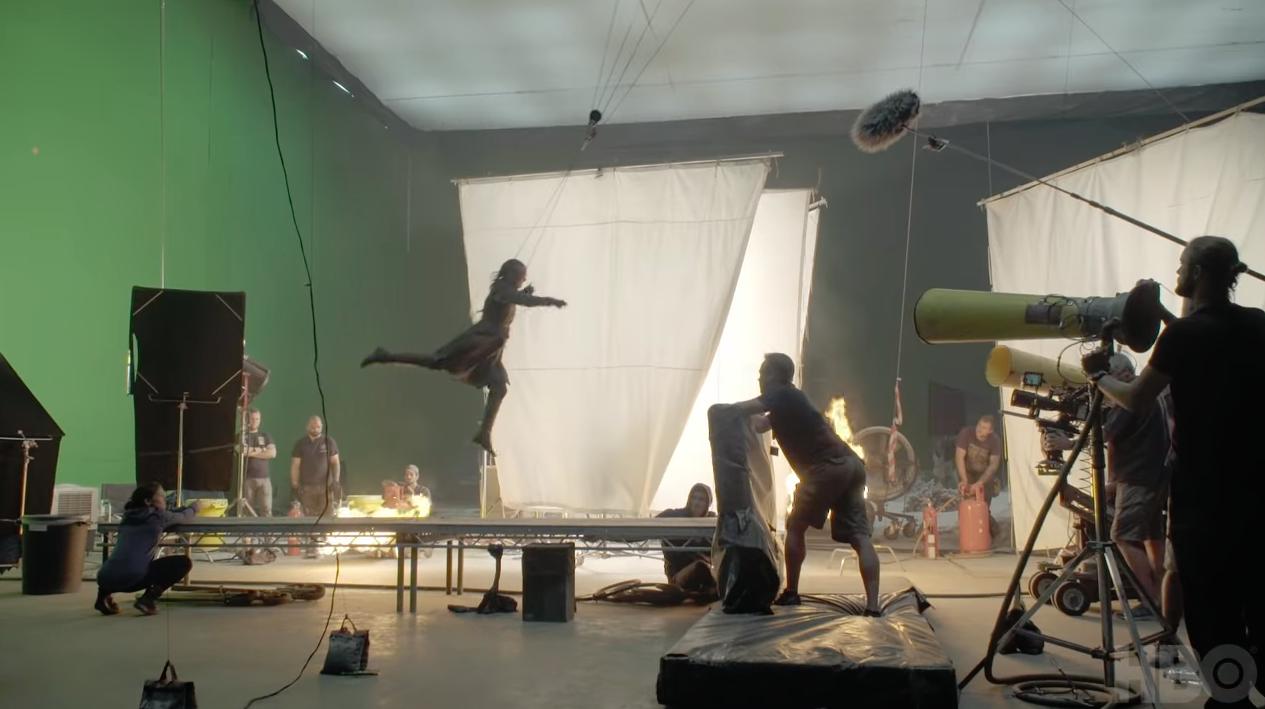 So why don't they warn him? They actually could have done, there is some element of mental communication between the Night King and his army and so they could have warned him and the Night King does turn around and stop the attack but is fooled by The Last Jedi trick.

In the end though I think the Night King has commanded his army step down and arrogance has taken over. He thinks he has won and no one can stop him now and so doesn't want to worry about anyone approaching him to attack and kill him.

I think Arya was disguised as one of the walkers. Did you see the way it focused on one blowing his hair, I think that was her.

I agree with zibadawa timmy.

The Night King nor Bran have ever shown those expressions before. It was a sign of surprise and then the Night King knew something was coming. He had no clue nor did the White Walkers behind him. He reacted quickly as he should have but it was to late.

20
White Walkers and the cold
13
Why do the Wights change their behavior so much over time in Game of Thrones?
11
Why were the white walkers after Bran?
18
Why don't the white walkers have archers in their armies?
6
Can the Night King walk through wildfire?