What are the exact years of the MCU movies?

The events in the first Avengers film transpired in 2012 (as showed in Endgame) and Tony Stark referencing in Infinity War that these events happened 6 years ago which means Infinity War was set in 2018.

Please clarify; although Bruce stated in Ragnarok that he has been Hulk for 2 years (which would have been 2017 since Age of Ultron was set in 2015).

Did the post-credits​ scene in Ragnarok happen a year later after Asgard was destroyed by Surtur?

Marvel Studios published an official timeline for the MCU in the book Marvel Studios: The First 10 Years. According to ScreenRant, this timeline places both Infinity War and Thor: Ragnarok in 2017. 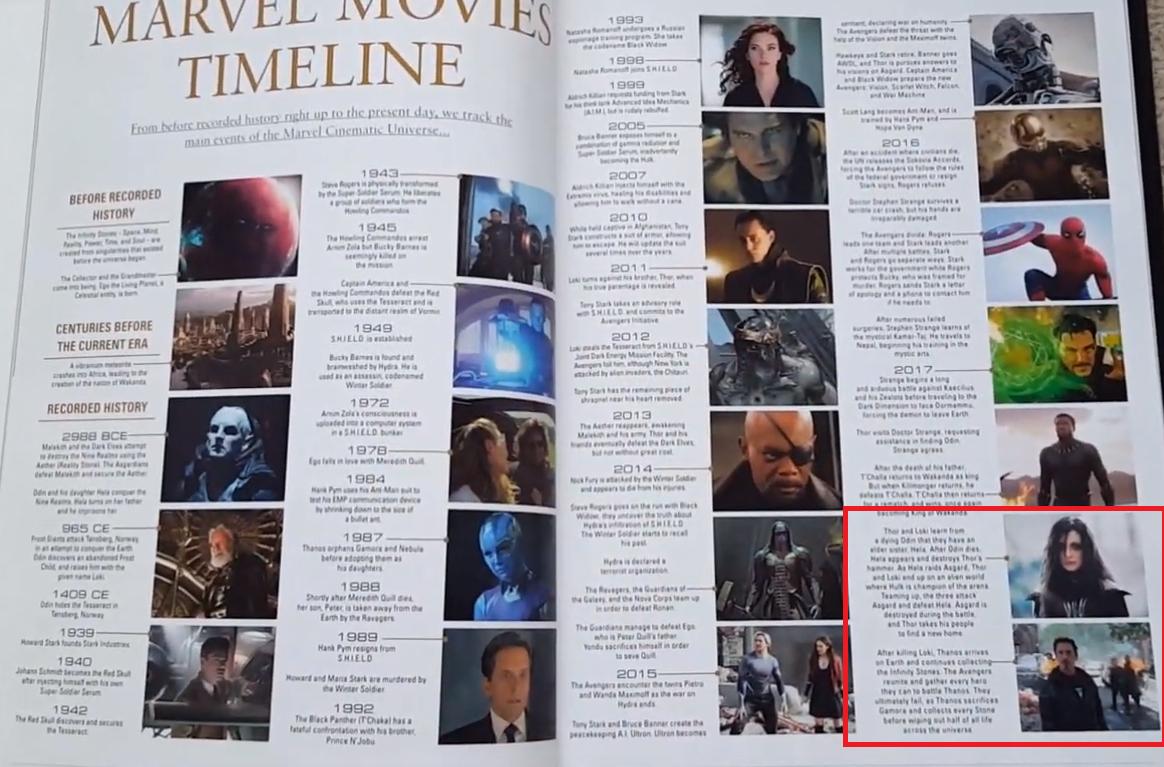 To clarify those movies' positioning in regards to the other movies you mentioned, this means Ragnarok takes place two years after Age of Ultron (which takes place in 2015), and one year after Civil War (in 2016).

51
Which year does Spider-Man: Homecoming take place in?

16
Do all Marvel Films have a second, non-foreshadowing post-credits scene?
22
Did Loki steal the Tesseract, again?
8
Where was Thanos at the end of Age of Ultron?
22
What is the fate of the Asgardians at the start of Avengers: Infinity War?
12
How old is Hela in the MCU?
2
Would Ragnarök/Surtur even be capable of destroying the Tesseract?
9
Whereabouts of Odin's spear, Gungnir, after the events of Thor: Ragnarok
7
Are the Infinity Gauntlets from Avengers: Age of Ultron and Avengers: Infinity War the same?
6
Why didn't Thor lose his power?