Would the “blue fire” actually hurt Daenerys or her dragons?

From season 7 and 8, it looks like the substance that the Night King's dragon breathes is blue fire.

And, if the "blue fire" were to of touched Daenerys (or her dragons), would it cause damage?

The blue fire that Vicerion breathes can melt the Wall and destroy the walls of Winterfell. As far as I know the closest we get to it touching Dany or one of the other dragons is when the Night King surprises them above the clouds. However, we never see it actually hit them. The closest we get it the following: 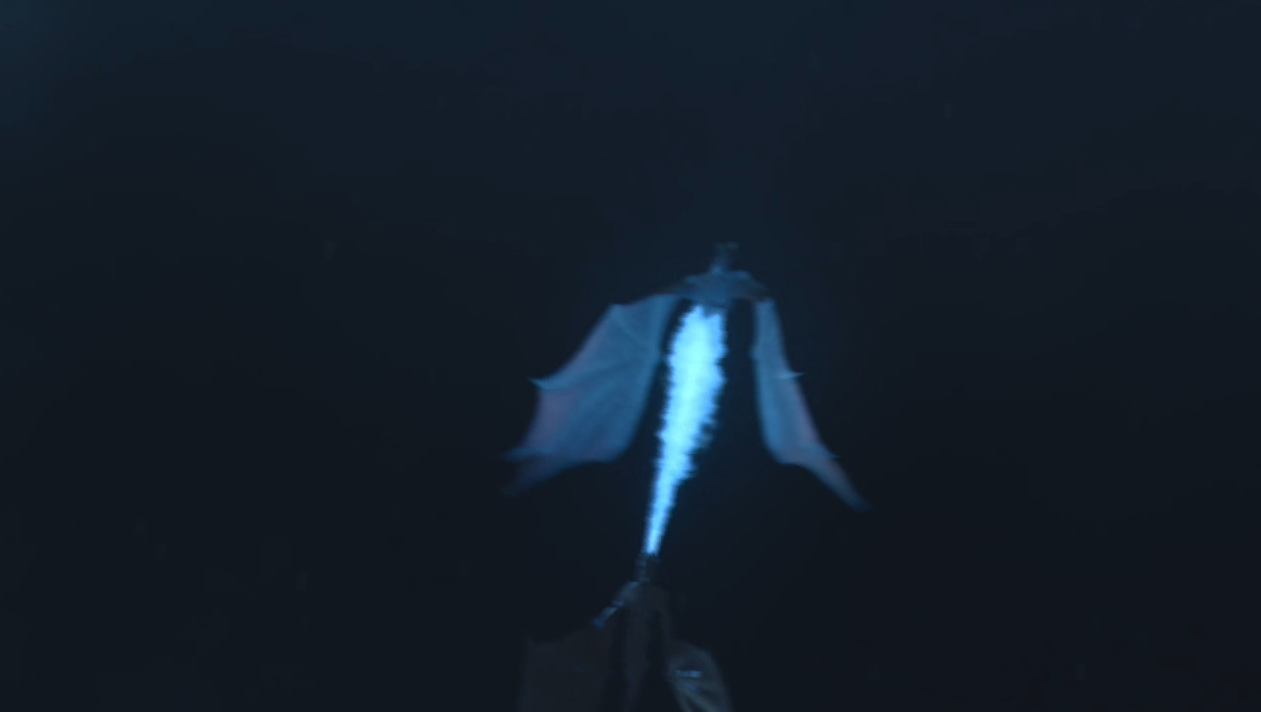 I would speculate though that the fire would harm Jon and probably turn him into a pile of nothingness like Drogon's fire did to the Tarlys and Lannisters in "The Spoils of War".

Dany is then a special case because whilst the pyre event to birth the dragons was meant to be a one time thing, the show extended it to just a characteristic of Dany so she might be fire proof to it. However, we don't know and dragon fire is something more than normal fire.

Drogon and Rhaegal probably have a deeper protection if not complete immunity to it as they breathe fire themselves and being harmed by what you create wouldn't make much sense.

The inner core of the candle flame is light blue, with a temperature of around 1800 K (1500 °C). That is the hottest part of the flame. The color inside the flame becomes yellow, orange, and finally red. The further you get from the center of the flame, the lower the temperature will be.

Unless the physics of Westeros works differently, which they very well may, it seems the Night King ‘supercharged’ his dragon to blow hotter. Keep in mind that while it is claimed that fire cannot kill a dragon, the fires of the Doom burned hot enough to kill all the Valyrian dragons, so this seems to not be true. We’ll also see with Cersei’s scorpions if death can go down a dragons throat, disproving the claim that it only comes out.

21
Why is Daenerys unharmed after the events of “Fire and Blood”?
10
Where does Daenerys keep her dragons?
20
Why does Daenerys trust the prophecies of those who betray her?
9
How did Drogon know that Dany was in trouble?
8
Can fire kill (or harm) a dragon?
1
What knowledge do the people of Westeros have about Daenerys and her dragons?
0
What happened to the dragon Daenerys rode off on?
7
Why did Daenerys lock her dragons up and not interact with them at all?
5
How long would it take to do a recon dragon flight north of the wall?
4
What do Daenerys' dragons eat during her stay on Dragonstone?