In Endgame, why were these characters still around?

In Avengers: Endgame the final battle features both

However, I was under the impression all the

So, did they come back or were they still around post-Avengers? If they were, where were they in Avengers: Infinity War at Wakanda?

The Chitauri weren't completely wiped out in Avengers as we see one member of the Chitauri still alive in The Collector's collection in Guardians of the Galaxy.

As such we can assume that the nuke blast in Avengers only killed those being controlled by the mothership that it blew up and not the entire army.

We also know of The Other, the Chitauri leader, who survived up until some point in Guardians of the Galaxy when Ronan kills him. This backs up the theory that again not all of the Chitauri were killed. 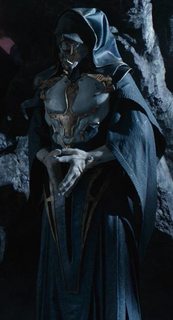 A deleted scene from Avengers: Infinity War also shows a member of the Chitauri working on Nebula and guarding her before she escapes. This is non-canon (as it was changed for the film) but shows that the film's creators might have believed them to have survived.

14
How did Thor know to go to Wakanda?
11
How did Tony and Cap know about the place in 1970?
10
What is the status of the Infinity Stones post Avengers: Endgame?
7
What are the exact years of the MCU movies?
13
What beast/creature is this from "Avengers: Endgame"?
4
Was this exchange between Captain America and Thor inspired from the comics?
11
Are Corvus Glaive and Proxima Midnight married in the MCU?
6
What happens to the original timeline Thanos's ship?