What popularised the concept of Martians as little green men?

Various works of fiction depict martians as little green men. So does anybody know how this image got popularised?

Before its more modern application to aliens, little green men was commonly used to describe various supernatural beings in old legends and folklore and in later fairy tales and children's books such as goblins. Aubeck noted several examples of the latter in 19th and early 20th century literature. As an example, Rudyard Kipling had a "little green man" in Puck of Pook's Hill from 1906.

During the flying saucer "sightings" in the 1950s, the term little green men came into popular usage in reference to aliens.

And Chris Aubeck website tries to put a timeline to the term. Also according Aubeck the use of little green men was already deeply engrained in English vernacular long before the flying saucer era, used for a variety of supernatural, imaginary, or mythical beings. It also seems to have easily extended beyond the imaginary to real people, such as the reference to small actors in the Wizard of Oz or camouflaged Japanese soldiers. Similarly, Aubeck and others suspect that when flying saucers came along in 1947, with subsequent speculation about alien origins, the term naturally and quickly attached itself to the modern age equivalent.

What is also interesting is the fact that 1960s also marked a transition in the way people imagined a stereotypical alien. In alien abduction stories they are often small but grey beings. There was an article in Wall Street Journal, which by the way was commissioned by NASA, stating that "the little green men with the wiggly antennae" would be hostile term.

In 1942, Washington Post, used the term "little green man" in reference to a camouflaged Japanese sniper who nearly killed one of their war correspondents.

Marvin the Martian's first appearance was on July 24, 1948. That could have possibly helped. 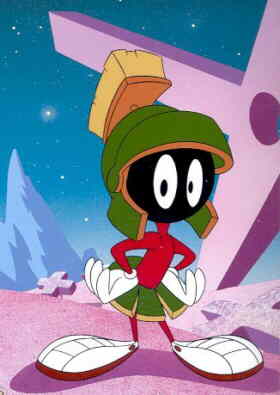 Edgar Rice Burroughs' 1917 novel "A Princess of Mars" also referred prominently to green martians, although the adults were 15 feet tall. This was the first John Carter of Mars story.

Not the answer you're looking for? Browse other questions tagged aliens history-of mars or ask your own question.

31
Where did the concept of Adamantium come from, and is it used in other Sci-Fi works outside of X-Men?
18
Did Tolkien originate the idea of dwarven women as being visually indistinguishable from dwarven men?
2
Which Sci-Fi work introduced the idea of "Little Green Aliens"?
4
What effect did Mariner 4 mission's findings have on depictions of sentient Martians?
124
When and why did orcs go green?
10
Did the word 'pillywiggin' exist (in print) before 1977?
3
What was the first science fiction story that got evolution right?
1
What is the first SF story in UK/USA starring a non-western character?