Is this from an actual episode of Star Trek: The Next Generation? 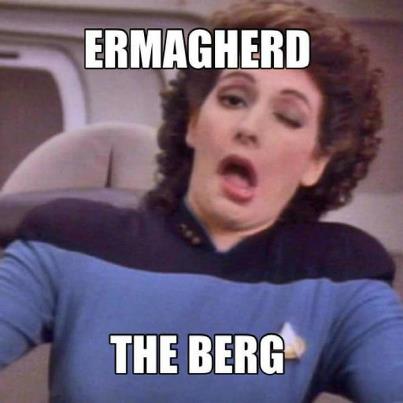 Is this an actual, unaltered (aside from the text!) screenshot from a ST:TNG episode (or movie)?

What is the explanation for Troi's face?

It's from "Timescape" (Season 6 Episode 25). The main plot of the episode involves the Enterprise and a Romulan ship being stuck in a temporal causality whatchamacallit.

Troi is doing an impression of someone from a Starfleet conference. The frame capture in question has her in the midst of an exaggerated wink.

"...sensitive man myself. I'm doing a thesis on inter-species mating rituals. Would you care to join me in some, empirical research?"

For even more fun, if anyone has seen The Picard Song the section that goes:

"He just kept talking in one long incredibly unbroken sentence moving from topic to topic so that no one had a chance to interrupt it was really quite hypnotic."

is from the same scene in the episode.

19
What is the original context of this Spock video clip?