Who is this background character before we re-encounter Thor in Endgame?

Just before we meet Thor in

Valkyrie on a pier and discuss Thor's situation.

In the far background, there is a large clothed CGI character, roughly Hulk- or Titan-sized.

Who is this CGI character?

Incidentally, it's definitely not

Korg, as he will be encountered moments later on Thor's couch.

I believe that the CGI character is a member of the Sakaaran Rebellion, originally led by Korg in Thor: Ragnarok. Some members of the rebellion were killed while fighting against the Berserker army on Asgard, while others were killed by Thanos and the Black Order during their attack on the Statesman. However, a few survived and settled on Earth to create New Asgard. The audience definitely knows that Korg and Miek survive. Two other possible survivors that we know are Biff and Tasba. 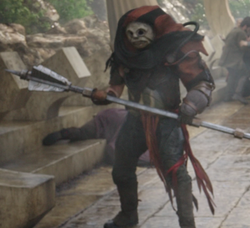 Additionally, the character could be the black character with blue paint featured on the right of the top picture, who is clearly computer-generated and fits the stocky build of the character in the scene.

Looking at the pictures from this article detailing some Thor Ragnorak concept art, it would appear to be Korg's friend and fellow gladiator Miek.

Here's a photo from the first article 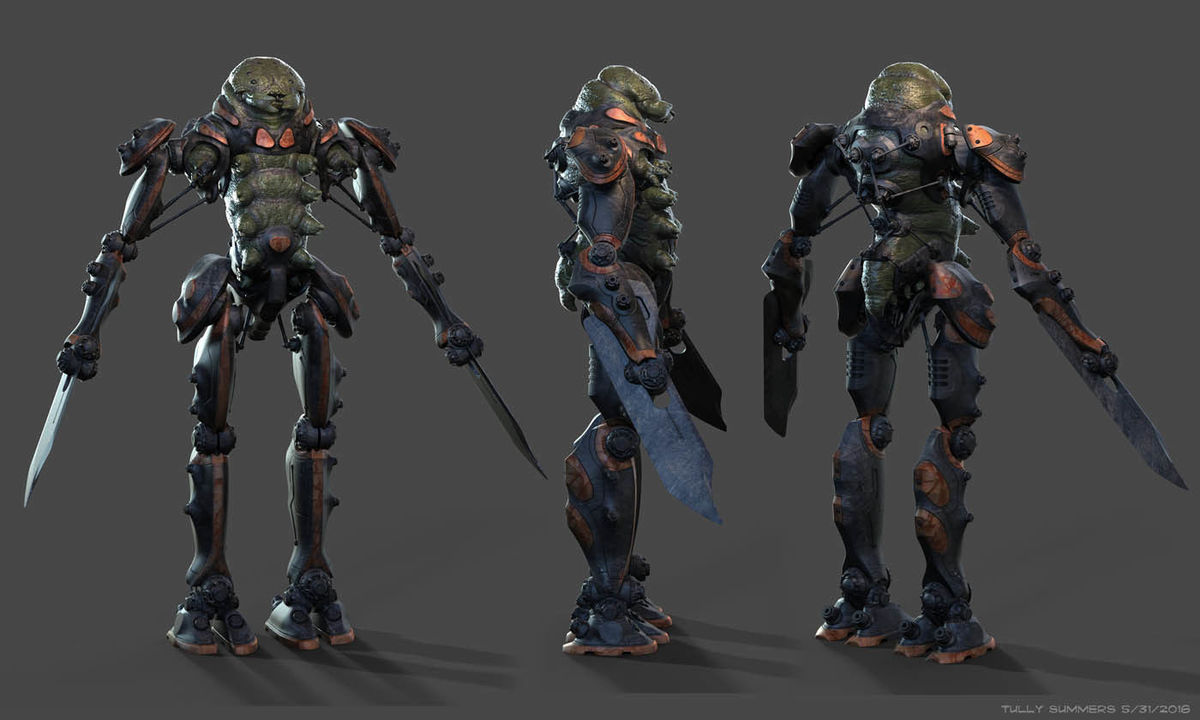 Not the answer you're looking for? Browse other questions tagged marvel marvel-cinematic-universe character-identification avengers-endgame or ask your own question.