Book about an organic space elevator

I am trying to find a book about humans going to Mars and finding a giant 'tree' that works as a space elevator. They transfer the tree to Earth (can't remember if they used seeds and grew a new one of just moved the whole thing).

When the tree was fully grown on earth they realised that the reason that Mars was a dead planet with no water was that the tree has sucked up all the water and the same thing was now happening on Earth.

I think I read this some time in the late 90s in English.

story-identification books
Share
Improve this question
edited May 3 '19 at 1:24

The adventurers in this novel travel through time and into dimensions of myths and legends including that of Yggdrasil the World Tree. What they encounter and bring back causes problems including the environmental catastrophe you described.

Time, space and a reader's patience become vertiginously distorted in this dizzying compilation of six linked tales written over a 30-year time span by Niven (Destiny's Road, etc.), winner of five Hugo Awards. Five short stories written between 1969 and 1973 follow the title novella (copyrighted 1999) but relate events predating its Martian adventures of Niven's klutzy time-traveler hero, Hanville Svetz, as he scours previous centuries for animals extinct in his environmentally devastated 2300 A.D. Earth. When Svetz's Institute for Temporal Research is transferred to the Bureau for Sky Domains, the resulting power struggle launches Svetz into Mars's inhabited past, accompanied by two lissome, stretch-suited astronauts, Zeera and Miya, on a mission to save Earth from Mars's dried-up fate and to colonize the solar system. After surviving Miya's lusty libido and multitudinous hokey alien monsters, Svetz solves one of the chief mysteries of Niven's universe, that of the Beanstalk stretching from earth to the heavens. Occasional satiric sparks light up Svetz's perils, but internal consistency is weak, while a generally gluey pace retards Niven's intended flights of imagination.

I couldn't finish the story by that name but I got far enough to read about the organic skyhook.

It includes the older stories about Svetz that I enjoyed much more. 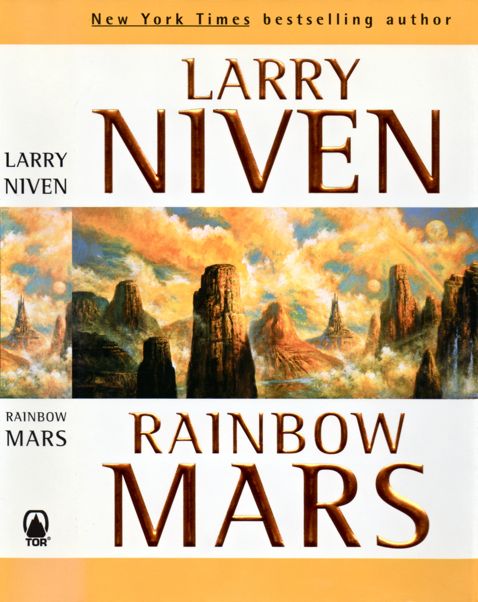 8
Looking for arms race critical story book about dragons
3
YA/childrens book I read in the mid-late 90s, about videogames & crocodiles?
9
Anime movie about space aliens and robots
4
80s Mecha anime/cartoon about a giant spaceship that could transform into a humanoid robot form
7
Pre-90s book: man disconnecting from a "plugged in" moon colony
6
Cartoon about a boy who schools with aliens