After the events of Game of Thrones season 8 episode 3 "The Long Night", did Benjen and (if they are not the same person) Coldhands die when

I am clueless on the books and new to the TV show so apologies if this is dumb.

Benjen is already dead at the start of season eight.

Benjen is Coldhands in the show and as Coldhands he was in some state between alive and dead.

Benjen: The Wall is not just ice and stone. Ancient spells were carved into its foundations. Strong magic to protect men from what lies beyond. And while it stands, the dead cannot pass. I cannot pass.

Game of Thrones, Season 6 Episode 10, "The Winds of Winter"

Note though that he wouldn't have died when the Night King was killed, if he was still alive, because he was created under the influence of the Children of the Forest not the Night King.

Benjen: I led a ranging party deep into the North to find White Walkers. They found us. A White Walker stabbed me in the gut with a sword of ice. Left me there to die. To turn. The Children found me. Stopped the Walker’s magic from taking hold.

Benjen: The same way they made the Walkers in the first place. You saw it yourself.

Bran: Dragonglass. A shard of dragonglass plunged into your heart.

Game of Thrones, Season 6 Episode 6, "Blood of my Blood"

Later on in "Beyond the Wall" Benjen is killed by a group of wights to allow Jon time to escape.

Benioff: For Coldhands, it’s almost kind of a relief in some ways because he’s been trapped in this kind of purgatory state between life and death for quite some time and, like so many in the show, waiting to find out what his purpose is. Why is he still alive when he should be dead?

Game of Thrones, Season 7 Episode 6, "Beyond the Wall" - Inside the Episode

But did Benjen really meet his fate there? After all, when we thought the Night’s Watch ranger was dead earlier in the series, he returned to save Sam Tarly from a white walker. Could Thrones throw another deus ex Benjen at us in season eight?

Simple answer: no. Although Thrones co-creator David Benioff has already hinted that was the last of Benjen, director Alan Taylor, who helmed the episode seemed to confirm Benjen does indeed die in this scene.

Speaking on the DVD commentary during the sequence in episode Beyond The Wall, Taylor says “he meets his end here”, referring to Benjen.

Radio Times, It looks like this Game of Thrones character really is dead

The fate of Benjen in the books is unknown and whilst GRRM previously declined to comment on whether Benjen is Coldhands, in a reply to his editor for A Dance with Dragons he apparently confirms Benjen is not Coldhands, see this reddit post for the source. 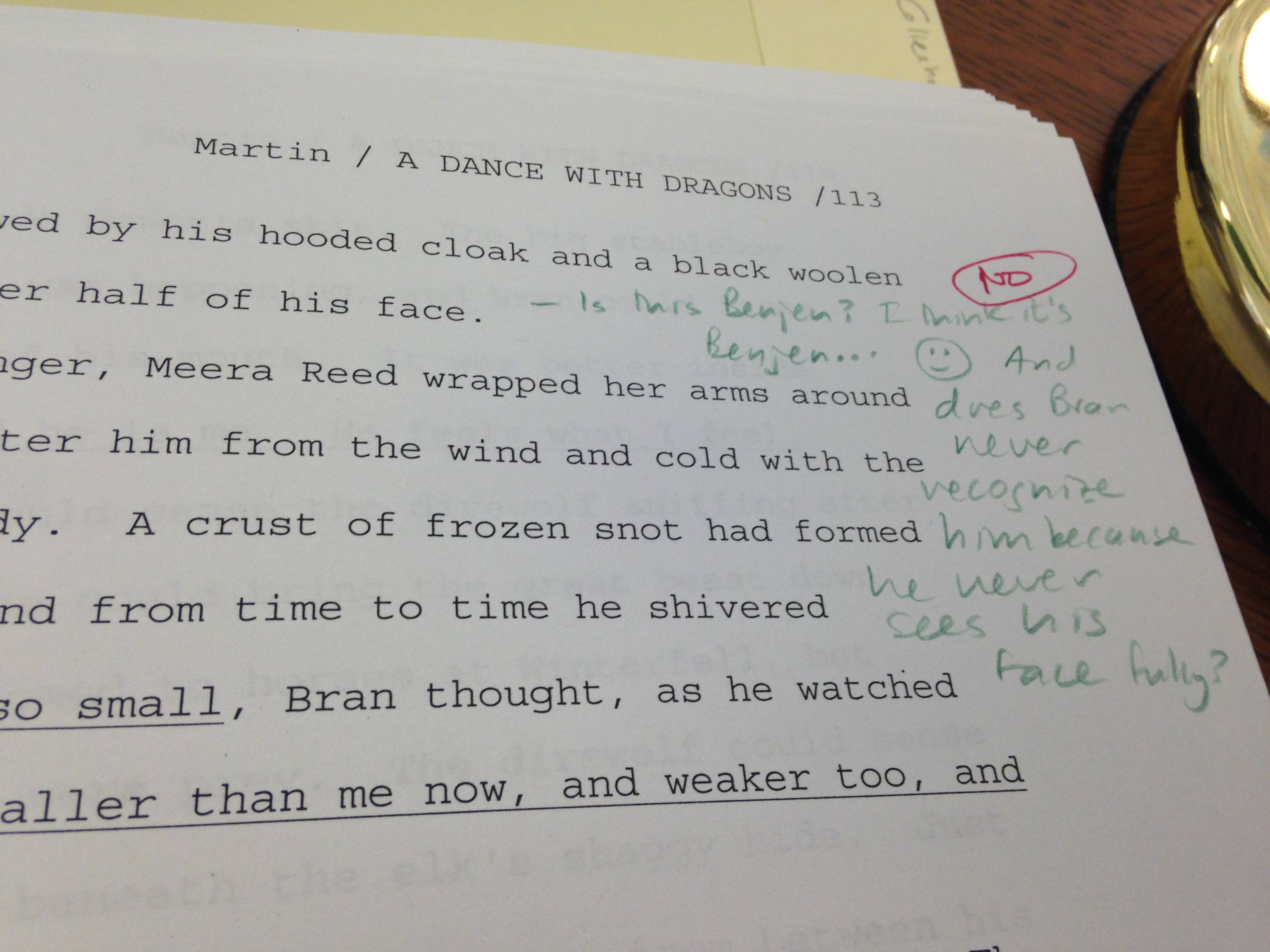 Editor: Is this Benjen? I think it's Benjen... :) And does Bran never recognise him because he never sees his face fully?

68
Does each season of Game of Thrones roughly equal a book?
17
Is Syrio Forel dead?
18
Is the origin of the Night King in Game of Thrones consistent with the books?
0
Do any lords of the Northern Houses know this character returned from the dead?
12
Does Jaime Lannister have dyslexia in the books?
4
Was anyone else besides Benjen Stark and the Night King stabbed in the heart with a dragonglass dagger?
12
Would Coldhands have been a White Walker or a wight?
12
Why didn't the other White Walkers hear or see that character approaching the Night King?
13
How did Arya get her dagger back from Sansa?