It is centuries after the war that left only a few tribes to wander the land of Tizathy. They include the Sippies (Mississippians), the Zurries (Missourians), and a people who don't speak English but who accommodate a group of traveling explorers hospitably and wave goodbye while saying, "Veedzayn! Oh veedzayn!" (Auf wiedersehen; evidently they have passed through Lancaster County, Pennsylvania). Our explorers are led by a literate woman; she is proud to have a mate who can read. As they roam the canyon-like streets of a nearly deserted city, whose natives have directed them to a large building called Slukes, he reads a sign and corrects the pronunciation to Stlukes (St. Lukes Hospital). Inside, they encounter a strange glass pear (light bulb) that breaks in the hand. It is all so mysterious. The natives of this still imposing city show them the goddess Salibbidy (Goddess of Liberty) in the harbor.

If you're still wondering how the United States became Tizathy, hum to yourself, "My country, 'tis of thee..." The story is full of linguistic humor. Written in English, published in an anthology by the 60s or 70s.

Bond uses a distortion of English to give a sense of distance in time from contemporary events. And while others have done this since, I think his attempt works very well. In many instances, extra syllables are dropped and words are otherwise distorted to give it just a slightly unfamiliar, and yet recognizable feel. And recognition is important because the chosen words are important to our understanding of the situation in the narrative, and the framework in which it is taking place. For instance, the name of the nation in which they live is called “Tizathy” which sounds alien enough until you realize, in one passage about an ancient prayer, the name comes from “‘Tis of Thee.” 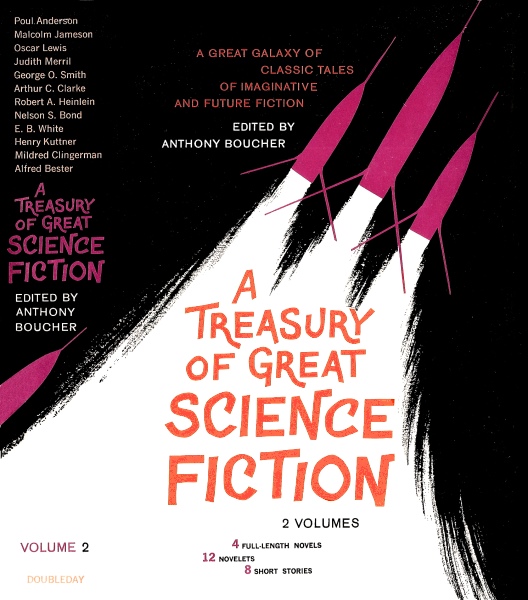