In the latest episode (S08E04) of Game of Thrones

the second of her three dragons is killed by a ground to air missile.

This isn't the first time this type of attack has been used.

In fact the Lannisters' have used the same weapon before to injure her dragon while she was riding it. Also the Night King has used spears several times to first kill one dragon and then attack the other two.

Why is Dany so clueless when it comes to these attacks? Surely given the history of them being used against her and her dragons she would show a bit of caution when approaching areas likely to be defended against her. But instead she flies in relatively low and bunched up, making her an easy target.

It's as if she has put no thought at all in to air to ground combat tactics or how to protect her dragons from these weapons.

This is the first time she has come into contact with the scorpions so it is obvious she wouldn't have been expecting them. And then she gets all angry about it so charges at it in a straight line like Rickon... you'd have thought Jon would have warned her...

Whilst she knows the scorpions are a danger how was she to know that the Night King was a world class javelin thrower? And once she does know he is, she dodges them quite well, both in that initial battle and in "The Long Night".

Whilst this one is 100% poor writing the in universe explanation is apparently that she had "forgotten" about the Iron Fleet according to the Inside the Episode. 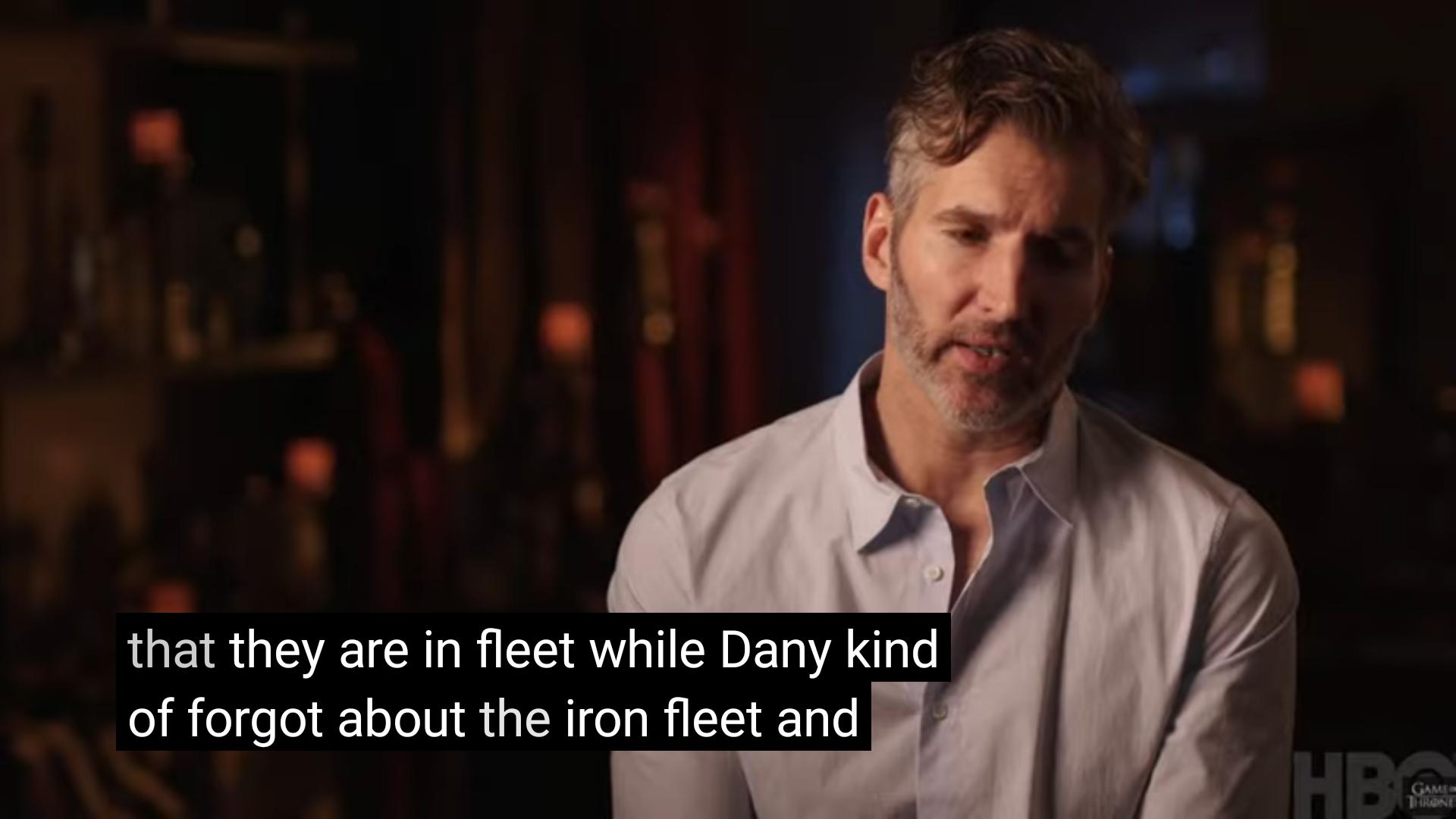 This of course makes zero sense since they mention the Iron Fleet at the war council before setting off but there you go.

In addition to TheLethalCarrot's answer, I would like to add that Rhaegal was very badly wounded and might have been unable to fly at high altitudes.

When the Dragons took off from Winterfell, it seemed that Rhaegal was struggling to fly. Dany might be flying the dragons low because Rhaegal was not in a condition to fly higher.

Dany's dragon was killed by lazy writing, not negligence.

It's why the first three arrows were bullseyes, and the next volley -- against a dragon that was closer and coming straight at them -- missed horribly.

It's also why she didn't follow up with a devastating counter attack. Her dragon is faster and more maneuverable than the ships, and those ballistae take time to reload. She could have easily flanked their line of fire and sunk most of the fleet.

But the writers wanted her clash with Cersei to be interesting.

58
How is it believable that Euron could so easily pull off this ambush?

10
Where does Daenerys keep her dragons?
8
Why is Dany unable to control her dragon?
2
Do Westerosi know and believe that Dany has grown-up and dangerous dragons?
7
Why did Daenerys lock her dragons up and not interact with them at all?
5
How long would it take to do a recon dragon flight north of the wall?
7
Would the "blue fire" actually hurt Daenerys or her dragons?
55
Why didn't Daenerys' advisers suggest assassinating Cersei?