Throughout Marvel's comic history, many characters have lifted Mjolnir, and most appear to gain some Thor-like armor when they do. Cases in point:

Storm (yes, I know this image is technically Stormcaster) 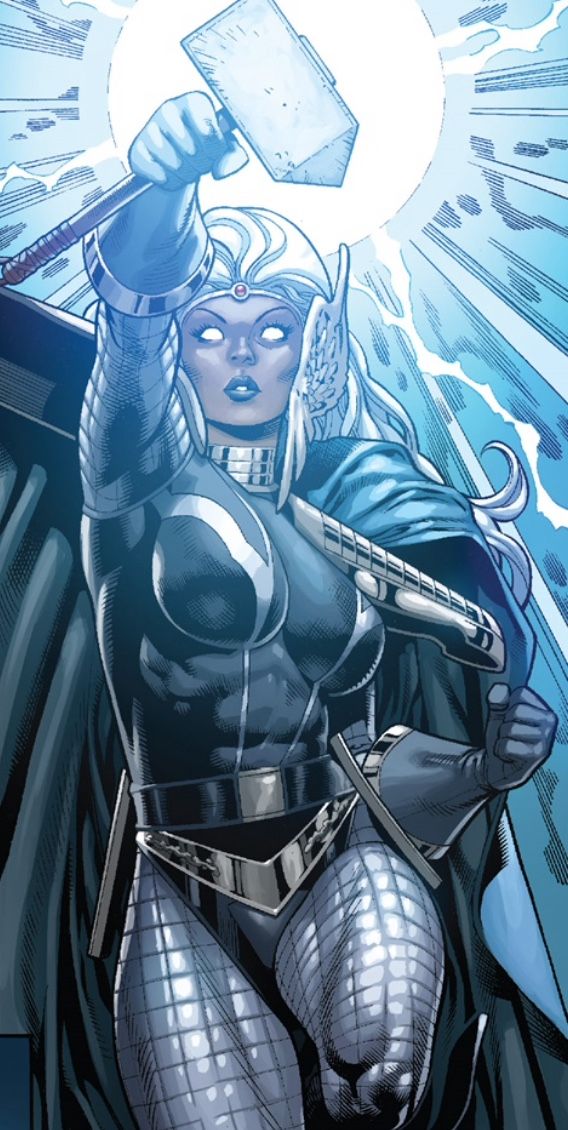 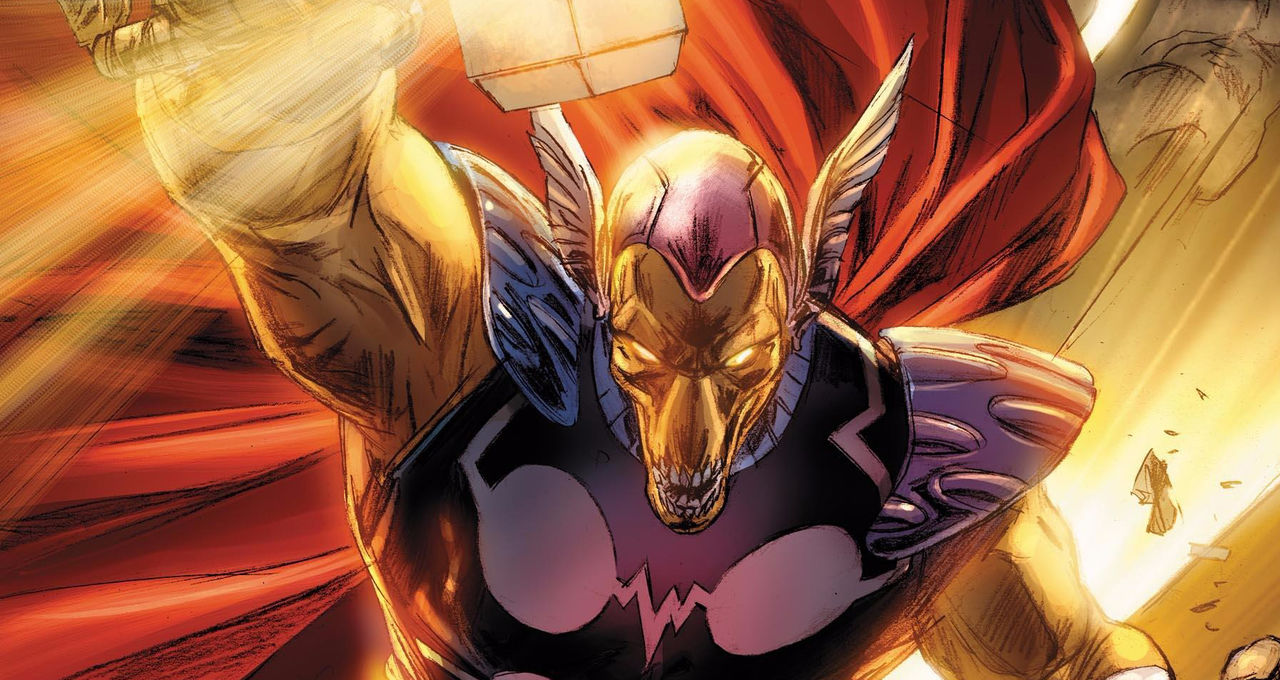 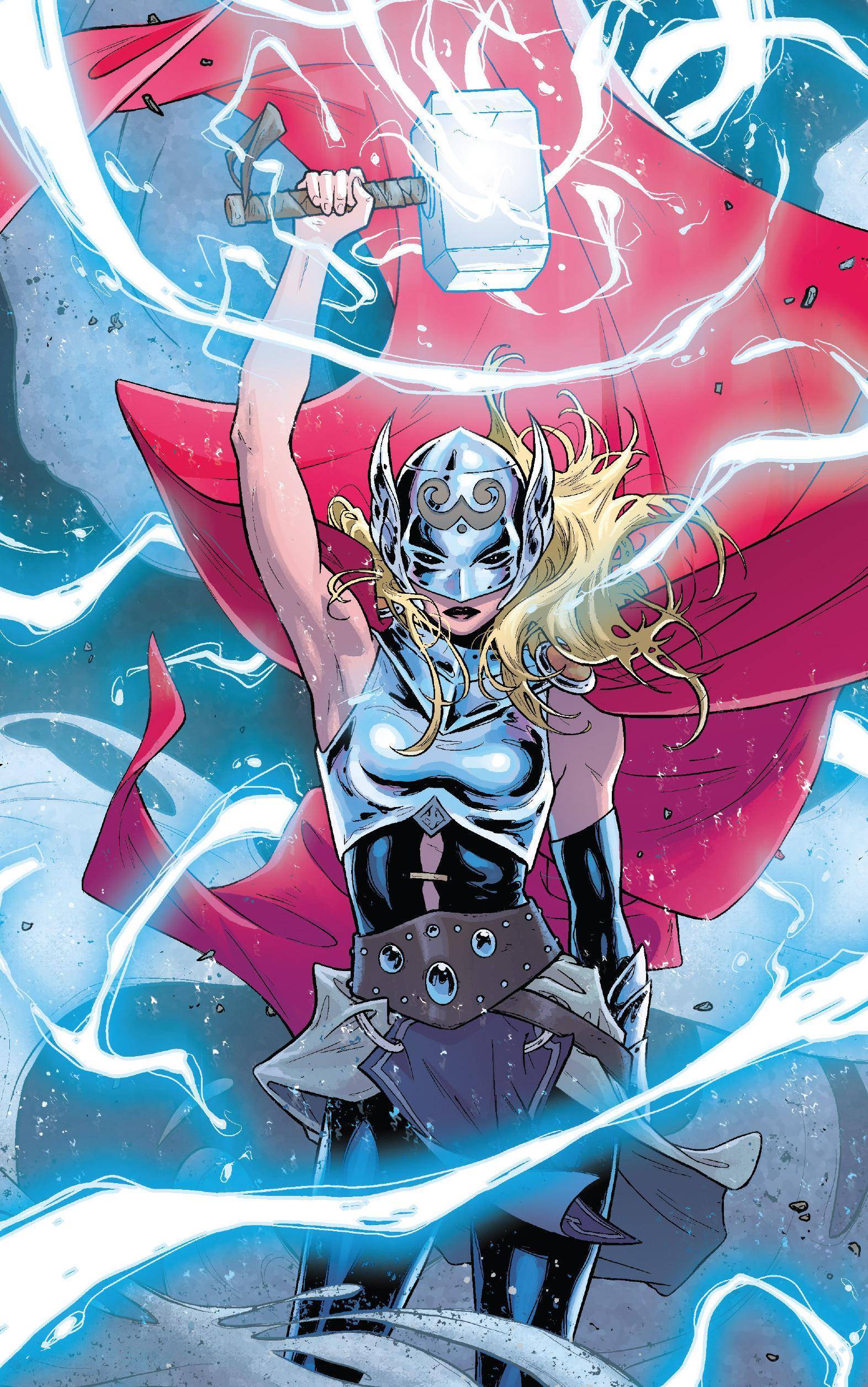 One notable exception to this is Captain America. When he lifts Mjolnir, his outfit remains unchanged: 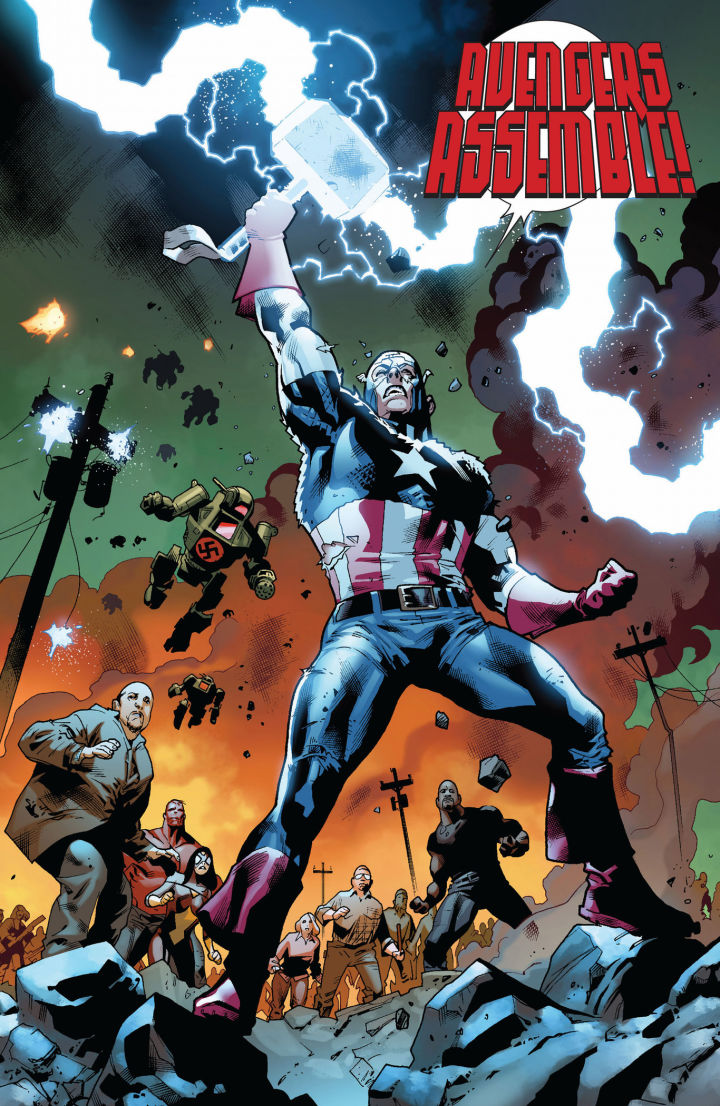 Has there ever been any reason given as to why Captain America doesn't get Thor-like armor in this scenario?

The impetus of this question is Endgame, obviously, and while I would be okay with an answer from the Russo brothers in context of the MCU, I'm primarily interested in the comic side of things.

Ororo was given the Stormcaster by Loki with the express intention of extending divine powers to her so that she can be more powerful than she already is. Loki obviously wanted to use her in exchange which is what led to her giving up Stormcaster and the "divinity" that it brought along. The Asgardian attire is part and parcel of said "divinity".

As for Rogue becoming Thor, this happened in an alternate universe, namely Earth-941066. What happened was that she basically absorbed the essence of Thor entirely, effectively killing Thor, as Rogue does. It is not known if Earth-616 Rogue can do the same to Earth-616 Thor, but that's beyond the scope of this answer anyway. Rogue had effectively become Thor, she had his worthiness, his divinity, the entire package. So much so that it was Thor having become a part of her psyche that helped her access the full extent of her new powers and in becoming a more typical "Thor".

I hope these accounts sufficiently explain how Ororo's and Rogue's cases cannot be equated with Steve's since they weren't just simply wielding the hammer as Steve was.

However, the case with Beta Ray Bill and Jane Foster is a little more complicated...

When Beta Ray Bill first appeared, there happened to be a specific enchantment on Mjolnir which allowed Thor to become truly mortal ie a human and switch back to his actual form when required. The exact method as to how he switched to becoming human is one that I do not exactly remember but Mjolnir became a walking cane with its worthiness enchantment still intact when Thor became mortal (Donald Blake) and he had to just strike the cane on a solid surface to switch to Thor again. This enchantment, for some reason (read: writers reigning Thor in to make for more interesting stories), also had an unfortunate consequence wherein if Thor wasn't in contact with Mjolnir for more than 60 seconds, he would automatically revert to Donald. Mind you, Donald wasn't just Thor in civilian clothing, it was a legit mortal human who had no abilities of Thor other than worthiness. The reason as to why this persona was created by Odin was to teach Thor a lesson, something that's beyond the scope of this answer but one that can be found rather easily upon looking it up. In any case, Beta Ray Bill is probably the only character whose defining characteristic has been his worthiness (as that of Thor), as a result of which he wielded Mjolnir in his very first appearance. Beta Ray Bill is also supposed to be a match for Thor's physical strength. When Bill and Thor engage in battle for the first time, Thor gets separated from Mjolnir for more than 60 seconds and consequently becomes mortal in the middle of their fight. Bill goes on to knock Donald out and looks for the hammer. After which this happens. 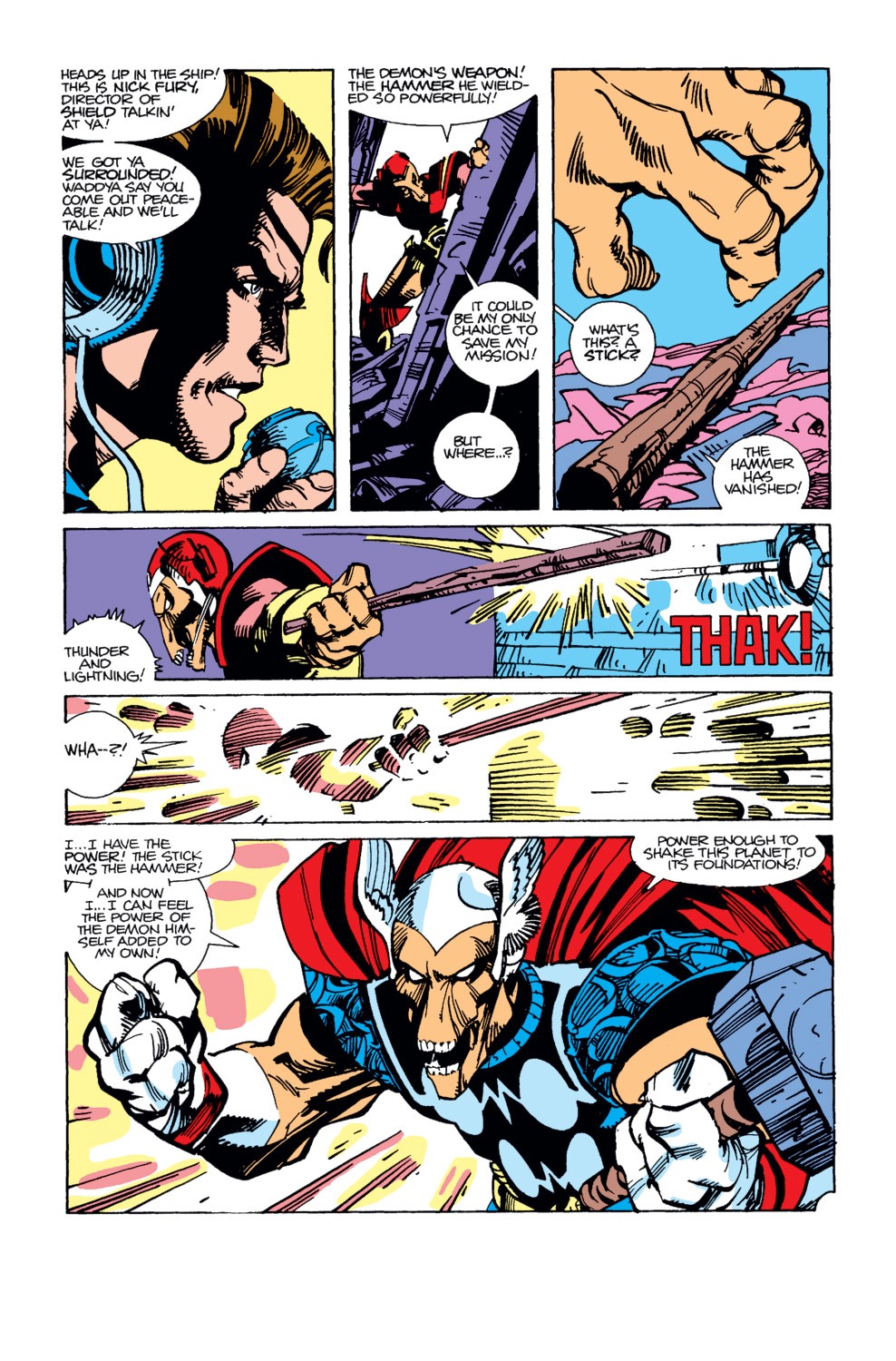 Not only is Beta Ray Bill able to lift the cane cause he's worthy, he also at least gets the Asgardian outfit due to the enchantment I mentioned earlier. Now it's not known if Beta Ray Bill had also received the essence of Thor and had it added to his own but that's rendered moot as Odin is later seen making Donald Thor again. 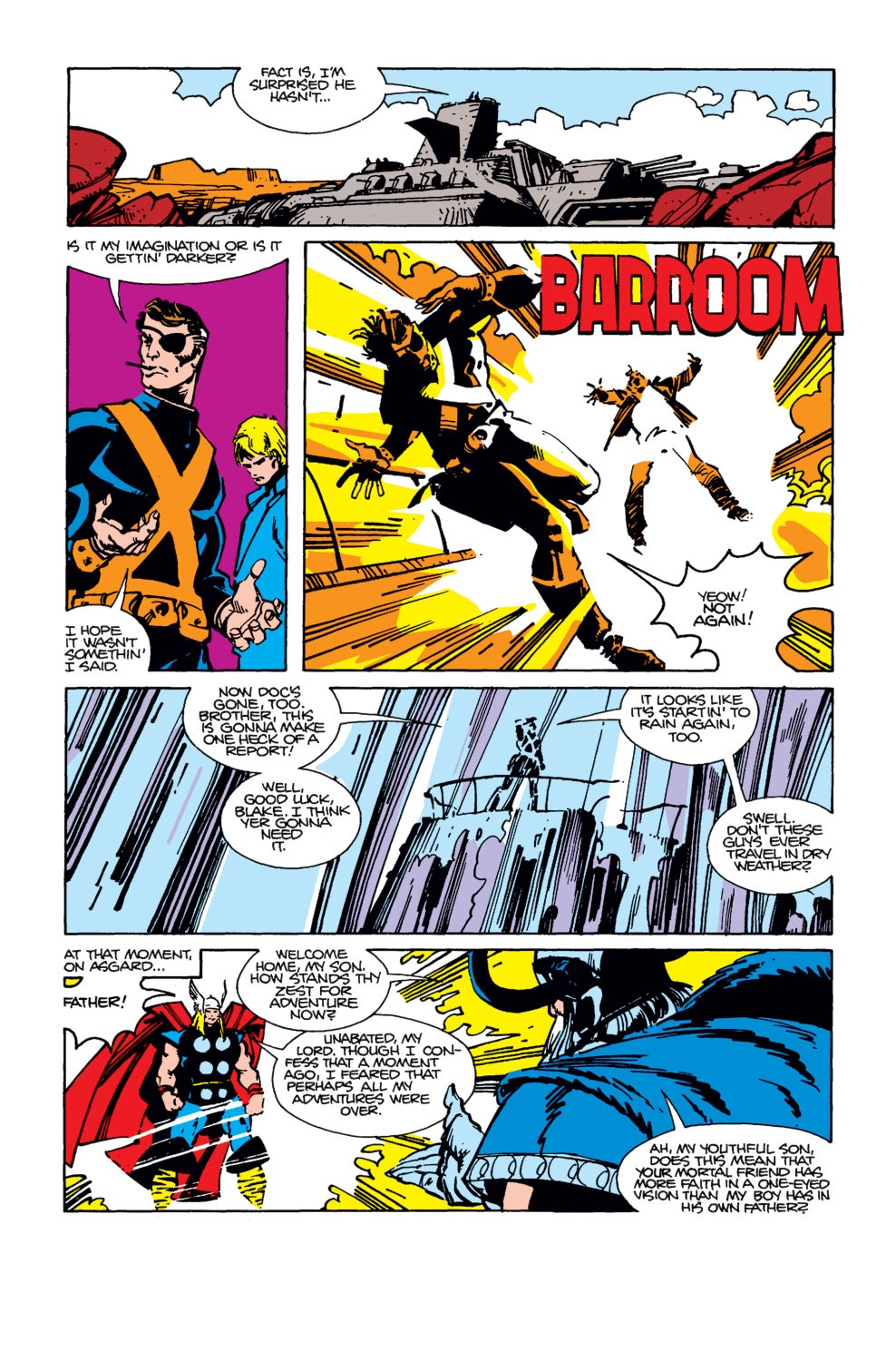 After stripping Thor and Beta Ray Bill of all their other abilities except for their physical strength, Odin makes them fight one more time for the right to wield Mjolnir, which Bill subsequently wins. It is also hinted at in the comic that Bill winning due to a slight advantage based on the venue chosen by Odin for the fight was by design and Odin wanted Bill to win. Odin gives Beta Ray Bill his own divine Asgardian warhammer, Stormbreaker, which is enchanted via Odin Force as Mjolnir is, has a worthiness enchantment like Mjolnir does, and is tethered to Beta Ray Bill as Mjolnir is to Thor. 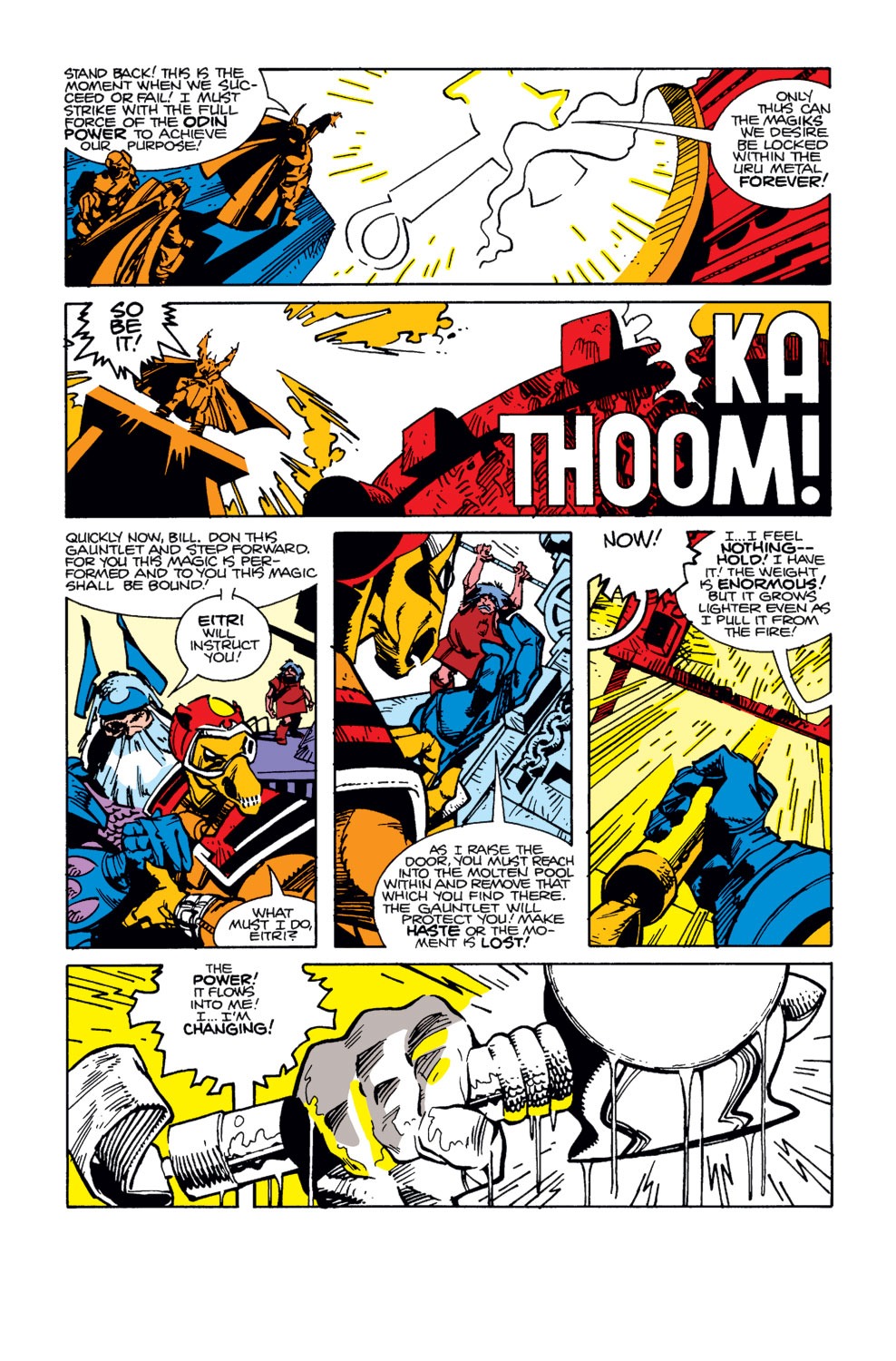 In the next issue, the enchantment that allowed Thor to become Donald was transferred to Stormbreaker with minor alterations by Odin. The alterations can be inferred as being the removal of the 60-seconds bit and that instead of Donald, Beta Ray Bill becomes the version of himself he was before he subjected himself to the experiments that modified him into the warrior he had become. 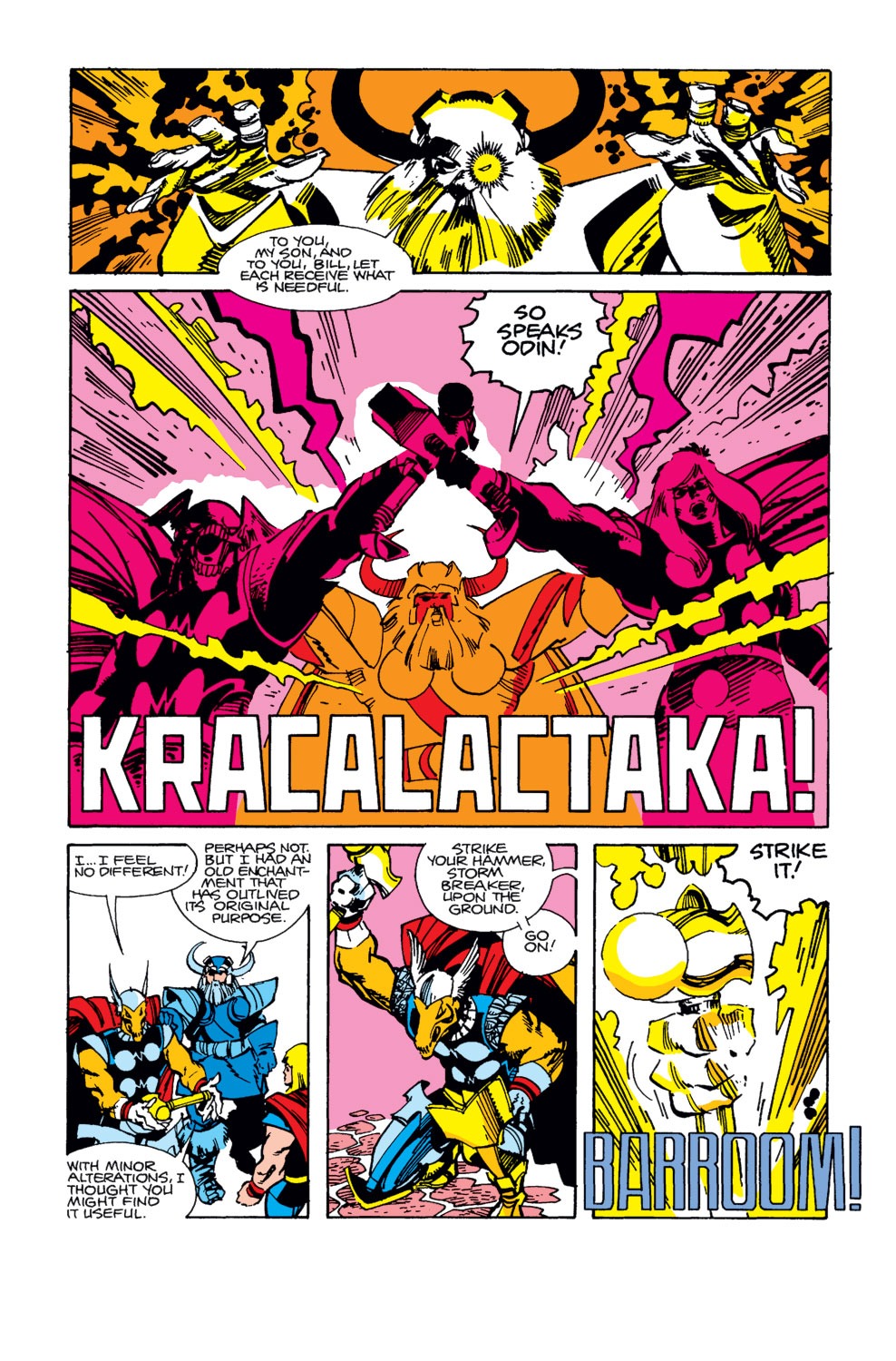 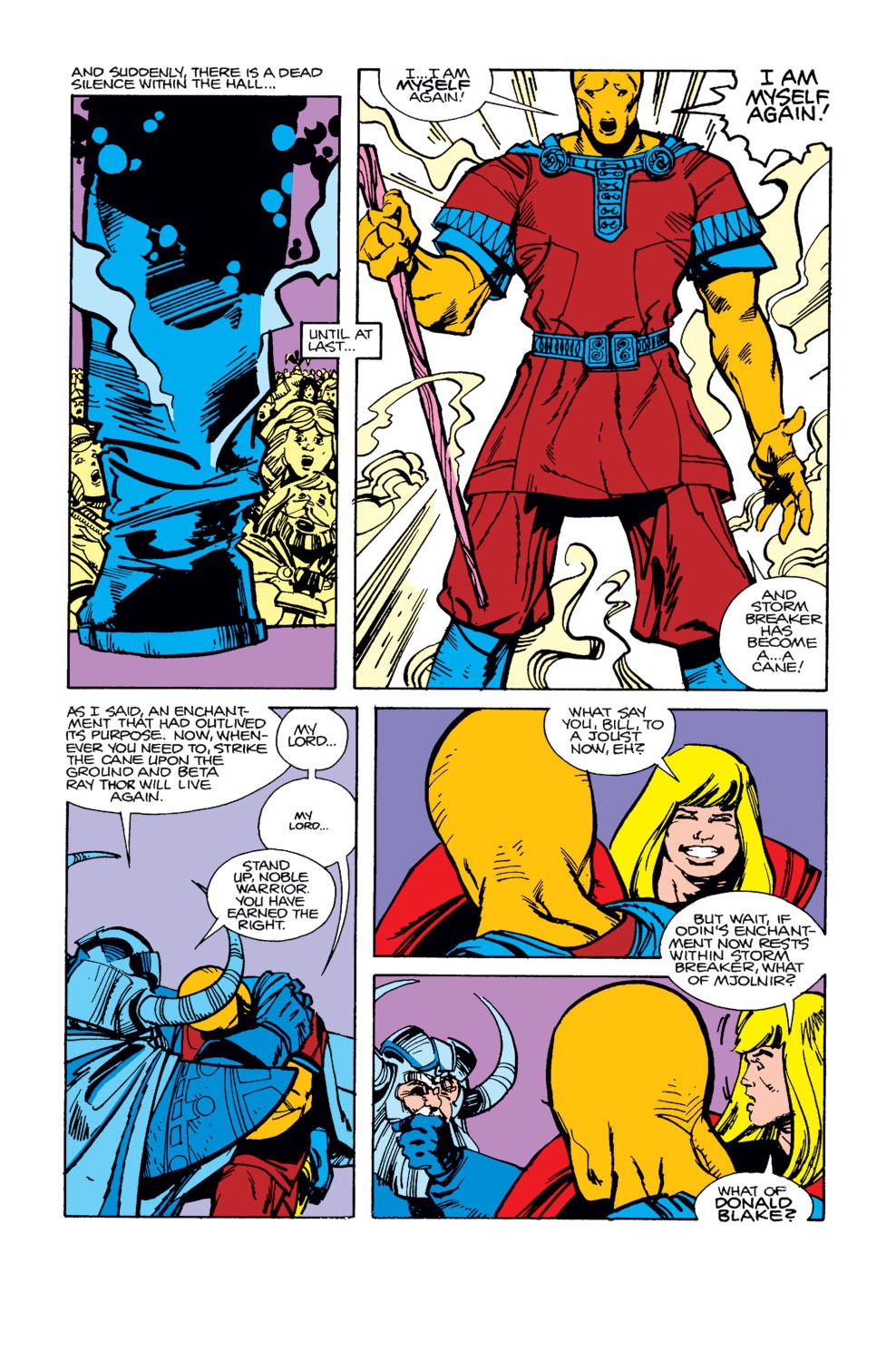 What happened with Jane Foster, however, is even more complicated. I shall summarize what happened with her but I wouldn't be able to provide the relevant scans in this answer as that would make the answer too unwieldy. I'd also encourage you to read the entire arc on your own. When Thor realized that Gorr, the god butcher was right about gods bringing about more bad than good in the world and that they are self centred, it didn't just make him unworthy, it stripped him of his godhood altogether. He wasn't Thor anymore. He was just an Asgardian who was Odin's son but he wasn't the god of thunder anymore. This also made Odin unworthy of being able to wield Mjolnir. The exact mechanism as to how this happened is not explicitly fleshed out in the comics, but I think it can be reasoned that since every Asgardian is connected via the Odin Force and since Odinson was a major god himself, his realization traveled through the entire pantheon via the Odin Force, untethering Mjolnir from the established pantheon altogether. Mjolnir was looking for Thor anew. It has been stressed, both on panel and otherwise, that Jane Foster wasn't just someone who just became worthy and started wielding the hammer, she became Thor, the Thor, such that the enchantment on Mjolnir itself changed from If he be worthy... to If she be worthy...

All these instances should inform you as to how different they were from one wherein someone who just happens to be worthy merely wields Mjolnir; like Steve did in Fear Itself #7 (2011).

All the examples proposed on the question have one thing in common: they become a godly entity, with full intention of assuming the thunder's god portfolio during the time they are in it's possesion. This not only means to bear it's powers, it also means to bear its worshipping, its image, its fully persona.

Captain America, on the other side, always have wielded the hammer on extremely unfavorable combat situations, where odds are against their team and stakes are too high. Clearly, on that situations, fashion is not a priority and, although protection could be, he's already wearing armor (on classic comics he wears a chain mail, on more modern representations he wears tactical suit with high protective layers, and always, of course, his shield).

So on the occasions Steve Rogers had wielded the hammer, he had to use it and all the powers it concedes at full potential to face a great danger. He has no intention to become the god of thunder, he has no intention to show a specific appaerance, so he don't need to summon any armor, helm or dressing.

The answer is two-parter:

My opinion is Thor's armor was part of this own image and thus he could use his innate power to create one for himself. Witness the fact how Mjolnir was created - a powerful weapon, NOT made to order, and only later "secured" by binding it to Thor.

Yes, that would mean that all other Thors, as mentioned in OP should not be possible, simply because it's the power of Thor is the requirement to hold the Mjolnir, as opposed to having Thor's power by being able to hold it (as one of the worthy, even if it says so on The Hammer itself). But that suits me just fine - female Thor, for example, is... a proposition tenuous at best...

There is one major thing difference between these type of wieldings. Mjolnir was already owned by Odinson. He wasn't unworthy at the time making him thor. When Captian America wielded Mjolnir he was worthy but there was already a thor claiming the title. Another theory is that while every other wielder of Mjolnir was excepting the role of Thor, captain America doesnt want to become thor only use its power which he was worthy of doing.

The last reason I can give for this just breaks down explanations in reality which are never as fun but unfortunately probably the most accurate. That being, the artist just didn't think/want to. They have a lot of creative freedom when creating what we see of the details in these stories. So it boils down to artistic decision.

Not the answer you're looking for? Browse other questions tagged marvel comics captain-america mjolnir or ask your own question.

17
In the MCU, why does Mjölnir retain its enchantments after Ragnarok?
10
Which MCU characters are shown to be worthy of Mjolnir in the comics?
3
Could Cap have gotten​ Thor's armour too?

52
How does Mjolnir determine 'worth'?
10
Would it be possible for Captain America to catch Mjolnir instead of his shield?
17
Does being worthy negate the weight of Mjolnir?
91
Why isn't Captain America worthy of Mjolnir?
12
Why did Thor make Mjolnir look like an umbrella?
13
Did Thanos use the full power of the Power Stone to punch Captain Marvel in "Avengers: Endgame"?