Which one was the biggest dragon known in the ASOIAF universe?

I searched in some sites but couldn't find an official (or canon) answer, don't know if there is one actually. I saw this post, but it doesn't stay anything about sizes and is only about dragons in Westeros.

Which one was the biggest dragon known in the ASOIAF universe?

From there the skulls ranged upward in size to the three great monsters of song and story, the dragons that Aegon Targaryen and his sisters had unleashed on the Seven Kingdoms of old. The singers had given them the names of gods: Balerion, Meraxes, Vhaghar. Tyrion had stood between their gaping jaws, wordless and awed. You could have ridden a horse down Vhaghar's gullet, although you would not have ridden it out again. Meraxes was even bigger. And the greatest of them, Balerion, the Black Dread, could have swallowed an aurochs whole, or even one of the hairy mammoths said to roam the cold wastes beyond the Port of Ibben.

A Game of Thrones, Tyrion II

Although Drogon is said to be Balerion come again so given 200 years of life he could grow to be bigger than the previous dragon.

The Dothraki looked at her hatchlings uneasily. The largest of her three was shiny black, his scales slashed with streaks of vivid scarlet to match his wings and horns. "Khaleesi," Aggo murmured, "there sits Balerion, come again."

A Clash of Kings, Daenerys I

For why Drogon could still grow to be bigger than Balerion this quote gives enough details.

The squire Whitebeard, standing by the figurehead with one lean hand curled about his tall hardwood staff, turned toward them and said, "Balerion the Black Dread was two hundred years old when he died during the reign of Jaehaerys the Conciliator. He was so large he could swallow an aurochs whole. A dragon never stops growing, Your Grace, so long as he has food and freedom."

A Storm of Swords, Daenerys I

In the show it isn't exactly clear but from my looking at it Balerion's skull still seems to be larger than Drogon's. 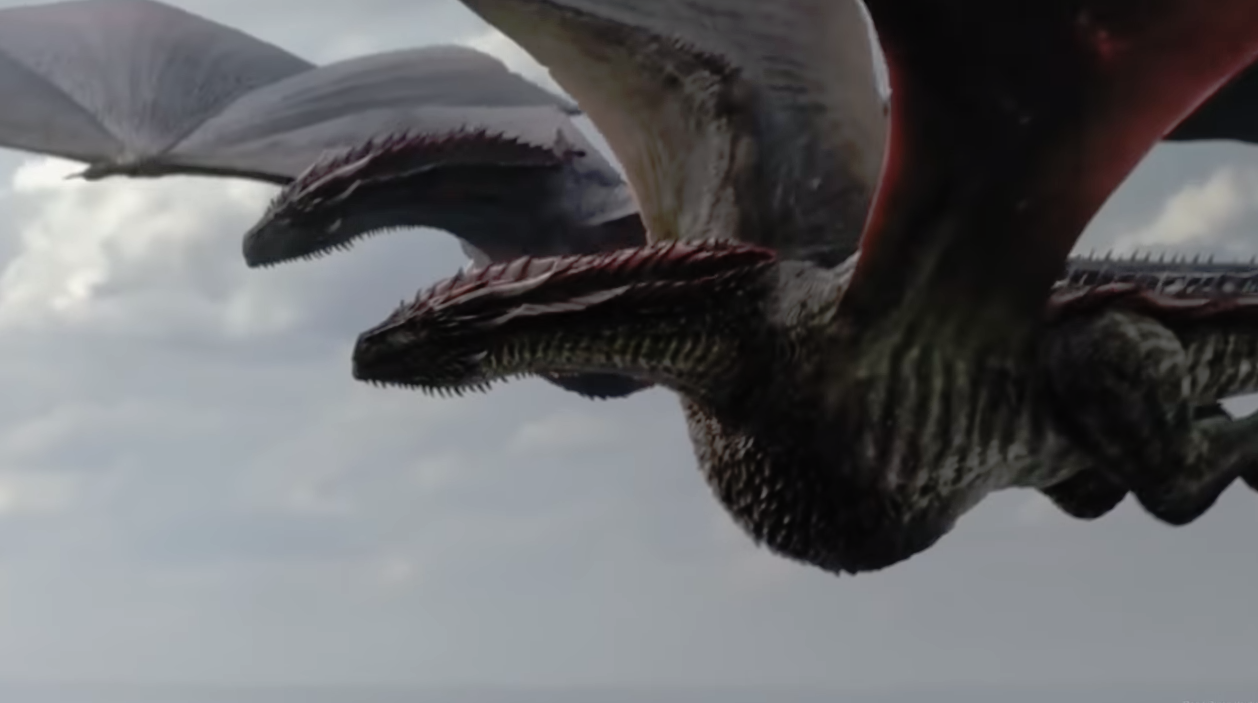 Season 8 Episode 4, "The Last of the Starks", Dany is riding Drogon with Rhaegal in front, I tried to get as new an image as possible. 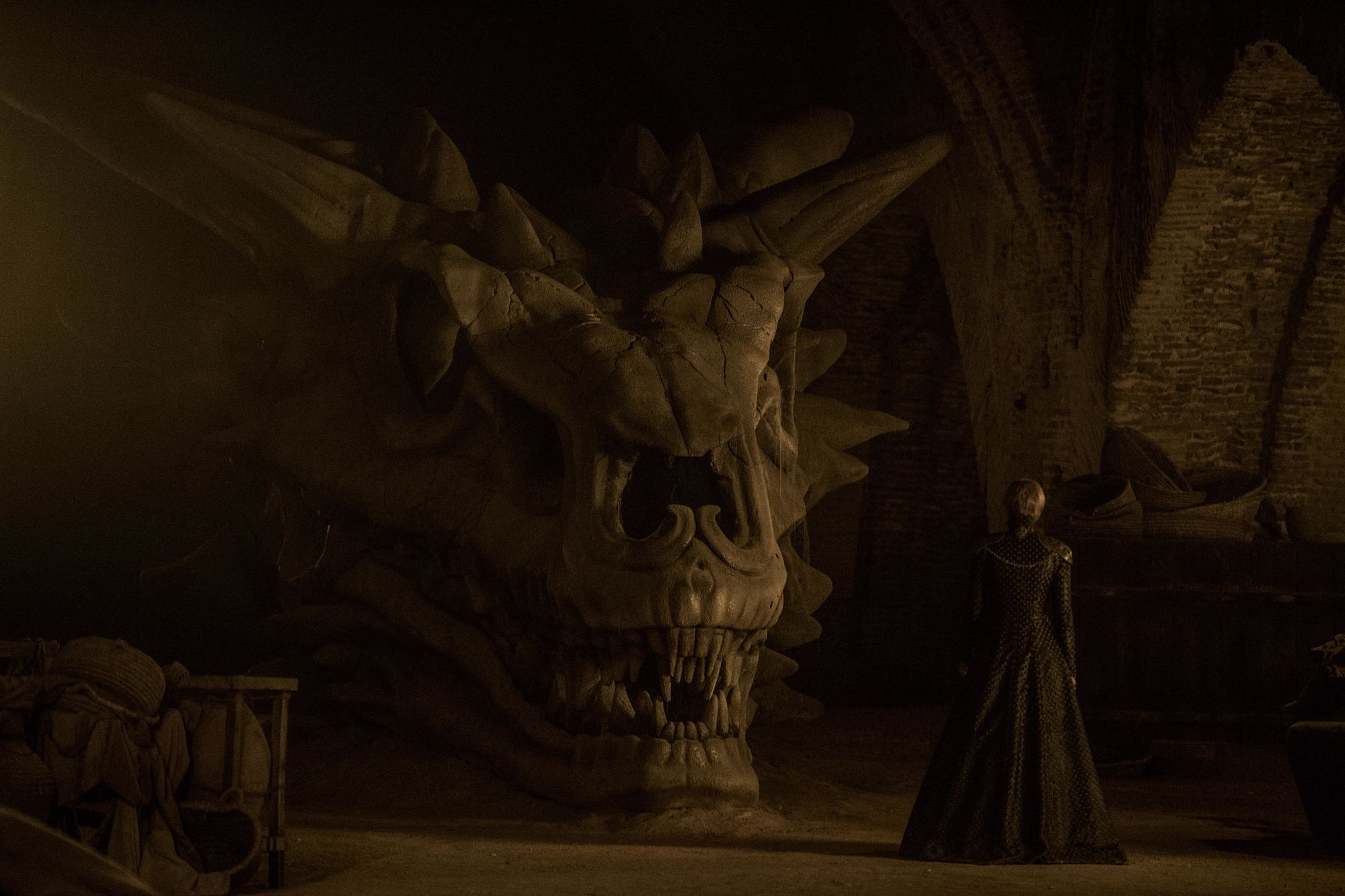 23
How many dragons ever existed in Westeros?
7
Towards the end of Game of Thrones season 7, has Drogon become larger than Balerion was?

36
How big of a deal is Westeros?
16
Why are dragons considered magical in A Song of Ice and Fire?
7
Horn of Winter = Dragonbinder?
8
What methods to reproduce/copy books are available in the world of Game of Thrones / ASOIAF?
10
How does Varys explain his failure to save Rhaenys?
3
How did Daemon Targaryen control both Caraxes and Vhagar?
11
What was the first quarrel of King Jaehaerys I and Queen Alysanne and how was it resolved?
8
How many known volcanoes are there in Westeros?
18
Was Balerion three thousand or two hundred years old?
11
Why did the dragon refuse to cross the Wall in Fire & Blood?