Exactly which act of bravery are Luke and Han awarded a medal for?

In the final scene of Star Wars IV, Luke and Han are awarded the Medal of Bravery. Some officials of the rebel Alliance (Leia and perhaps others) apparently decided who would receive a medal, and for what reason. Exactly which act of bravery are these officials publicly acknowledging?

The movie script does not provide a reason, only describing Leia giving them a "gold medallion". The only reason I have found on StarWars.com is that Luke and Han are "the new poster boys of the Rebel Alliance".

Remember, this should be the reason cited by rebel officials. Let me be clear:

The (canon) Star Wars in 100 Scenes factbook indicates that the medals were awarded for brave actions in the Battle of Yavin. 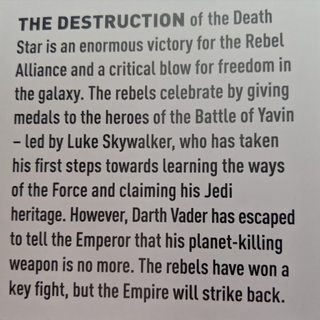 "The rebels celebrate by giving medals to the heroes of the Battle of Yavin."

This is backed up in the (non-canon) Star Wars Encyclopedia

In Star Wars Journal: Captive to Evil (by Princess Leia), we learn that Han's medal was awarded for his heroic actions in returning to the fight at great personal risk.

Willard suggested that an honor ceremony is in order, and we are all busy preparing for it. Artoo has been repaired and shined, and Threepio has asked four times for more metal polish.

I urged him to reconsider his decision. At great personal risk, he had returned to fight. He had acted bravely and unselfishly. And I didn't add the for once. See what a diplomat I can be?

and in the Star Wars Official Fact File #1, we're told that Luke's medal was given for his successful attack on the Death Star. 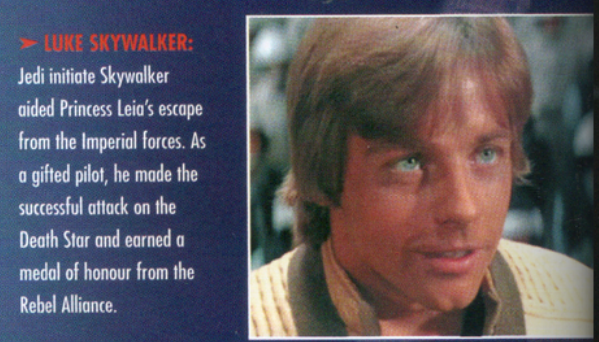 "As a gifted pilot, he made the successful attack on the Death Star and earned a medal of honour from the Rebel Alliance"

Most likely it was for both the rescue and blowing up the Death Star.

When Luke, Leia and Han arrive at Yavin IV, the Death Star isn't too far behind thanks to the tracking beacon. Han gets his payoff and leaves, but he's clearly concerned for Luke. Luke, as far as we can tell, doesn't get any real reward at this point, but it's more or less moot if the Death Star blows up the planet and kills the entire Rebel Alliance. Award ceremonies and such can wait until later.

Luke winds up as the guy who manages to do the impossible and gets the torpedoes in the port. Han is the unlikely hero who returns (at great personal risk, as it turns out) and stops Vaders from killing Luke. With the improbable loss of the Death Star, there was some breathing room for everyone to take it easy long enough for an award ceremony. In general, if you're going to award someone, you're going to mention everything they did to deserve that award.

I would say both, plus the delivery of the Death Star plans. Basically they'd done a hell of a lot of brave stuff in a short time.

38
What award did Leia give Chewie, Han and Luke?
8
What's the canonicity of Lucas's former “word-of-God” statements?

62
Why didn't Chewbacca get a medal after the battle of Yavin?
22
How did Luke become the leader in the group that destroyed the first Death Star?
7
In the NEW CANON why don't the Rebels abandon Yavin 4 before the Death Star Arrives?
13
Are there other very common non-invented English names in the Star Wars films other than Ben, Luke and Owen?
12
Who first had the idea to help destroy the Death Star - Chewbacca or Han?
4
Was there any reason why Luke wasn't in the Aftermath series?
11
Prior to Cloud City, did Vader know that Han and Leia were “friends” of Luke?