Why did Benioff or Weiss say Dickon was older than Sam?

In the Inside the Episode of S08E01, the showrunners (David Benioff and D. B. Weiss) said: 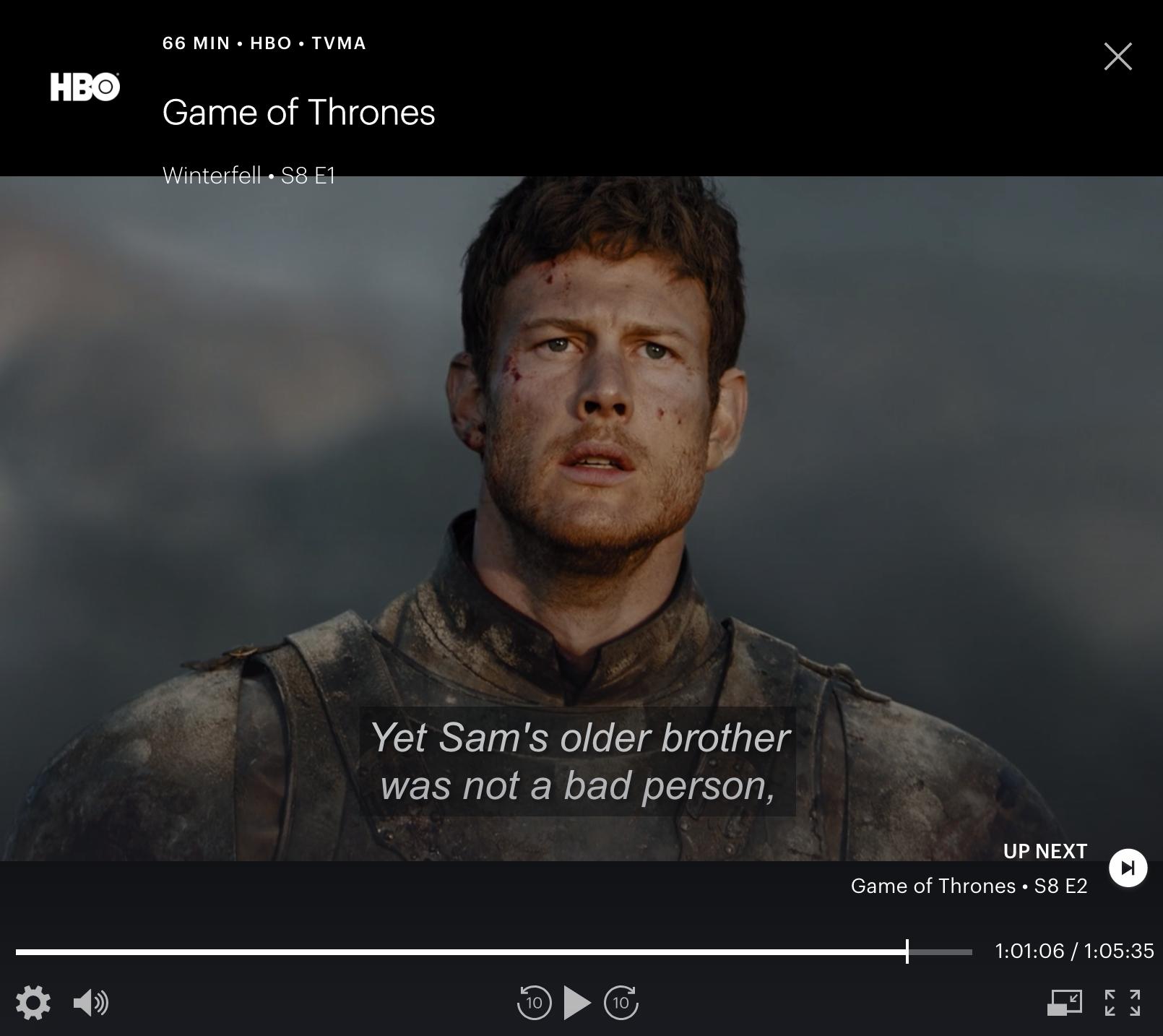 Sam is actually the older brother.

Why did they say this?

Samwell Tarly does not have an older brother. His younger brother, Dickon, is pictured in the screen shot.

Here is the link to Game of Thrones' Inside the Episode summary posted to Youtube, on the part where they talk about Dickon. Full quote:

Yet Sam's older brother was not a bad person, and died, really, quite bravely, standing by his father's side.

They are clearly talking about Dickon, Sam's younger brother.

For evidence regarding Sam being the oldest brother we can look to the Tarly dinner conversation in Season 6 Episode 6, provided by @user568458:

(RANDYLL points to a blade mounted on a mantle beside the table.)

Randyll: It's called Heartsbane. It's been in our family for 500 years. It's Valyrian steel. Only a handful of them left in the world. It's supposed to go to my firstborn son after I die. To him. He will never wield that sword. If he were to become Lord Tarly of Horn Hill, it would be the end of this house. I took you for a Mole's Town whore when I saw you and I made my peace with that. Who else would have him? But I overestimated him. No. It was a wildling whore that seduced my son. This you getting back at me, boy?

To clarify the text for those who are not familiar with Randyll's feelings for Sam - he is drilling into Sam and Gilly with his eyes as he says this, Sam looking less than thrilled. The conversation is very much about Sam, Randyll Tarly's firstborn disappointment.

29
Is Samwell Tarly a deserter of the Night's Watch?
11
Why does Sam get away with stealing this prized artifact?
6
Why did Tyrion visit his father's chambers in Season 4?
11
Ghost as a Foreshadowing of Jon Snow's Lineage
12
Would Coldhands have been a White Walker or a wight?
23
Why did nobody know who the Lord of Storm's End was?
70
Why was this character made Grand Maester?
10
Why is there no Inside the Episode/Game Revealed for Season 8 Episode 6?