What was the implication at the end of The Dark Knight Rises?

Joseph Gordon Levitt's character's first name is Robin and he discovers the Bat Cave behind the waterfall.

I don't fully understand what was the implied result.

Was he supposed to be the new Batman? If so, why was his name Robin? If he is supposed to be Robin, how can he do so without having Batman to give him street cred?

The theme mentioned throughout the Dark Knight Rises and Christopher Nolan's Batman films, is that Batman isn't Bruce Wayne or any single person. Batman is more than that, he's a symbol. There's a scene even when Batman mentions to detective John Blake that he should wear a mask when fighting crime.

So even if the man behind the mask were to die or go away, the legend could still live on. In the comics storyline, Knightfall, we see someone else take up Batman's mantle when Bruce Wayne's back is broken by Bane, of all people.

There's even an animated tv series, Batman Beyond, that tells a futuristic story of Batman letting someone else take up his mantle because he's too old.

So then, it's certainly possible that John Blake, as Robin, is meant to take over the role as Batman.

It's also possible that John Blake, as Robin, is meant to be his own hero.

In terms of the significance of the John Blake's real name being revealed as Robin, signifies that he was being taken in by Batman like an apprentice or sidekick at the end of the movie. In the comics, there's a whole list of characters that have been named Robin. The first Robin (Dick Grayson), eventually left Batman's side to become Nightwing.

There's also rumor that the symbol drawn throughout Gotham City has another meaning. Right side up it's the bat emblem. 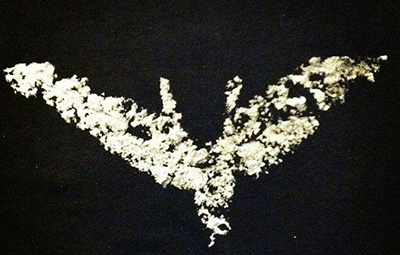 Then look at Nightwing's emblem: 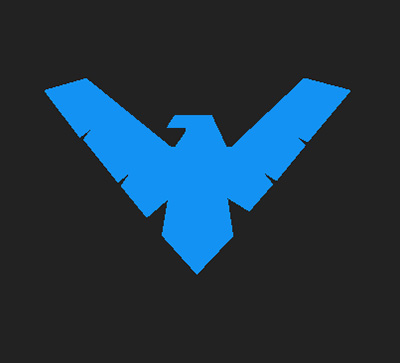 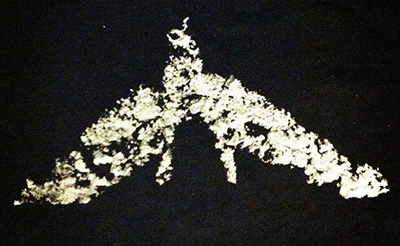 But possibly this is reading too much into it all. Until another movie comes out, this seems to be left open-ended.

Firstly (as to be expected) there are probably spoilers in this response.

I don't think that Blake is going to be Robin. I think that Nolan put this in there as some light humour. Had there been some way of making his name some alternative to Dick Grayson then that would point to him being some kind of sidekick.

Also, it's worth noting that Nolan has specifically said that this is the end to his version of the franchise. Therefore, I don't really think it matters what anyone says. Nolan ain't gonna do a 4th film. Anything new would be a spin-off so it wouldnt really matter what the storyline was and even if it was a continuation, it's like saying Batman Begins is a continuation of Batman and Robin. It's not.

The implication that I took out of those scenes were that he was meant to be Robin to Bruce Wayne's Batman, given the significance of him revealing his original name. My suspicion was that it meant that Bruce Wayne would return as Batman at some later date, and Blake would be Robin at that time. In the meantime Blake may have acted as Batman.

Also, if you noticed, they said Bruce Wayne made a software change to the Bat which made the autopilot work six months before. My guess is that Bruce Wayne will be making a reappearance as Batman with Robin at his side.

Well considering in the life of Robin, mostly the first one he went from Robin, to Nightwing and then to assume the mantle of the batman I suspect Nolan was accelerating the process and indicate that he would be the next batman instead of being the robin at first

22
Bane's age and his physique in The Dark Knight Rises