I remember many years ago reading a comic in which a one-appearance (or at any rate, obscure) character with transmutation powers turns Wolverine's claws to wobbly rubber. Wolverine, who had been in middle of rashly lashing out with a stab, hears an unexpected "B-BOING!" as his claws harmlessly bounce off the target of his rage, and I think maybe even says, stunned, "'B-boing'?!?" ⎩O⌓o⎭ 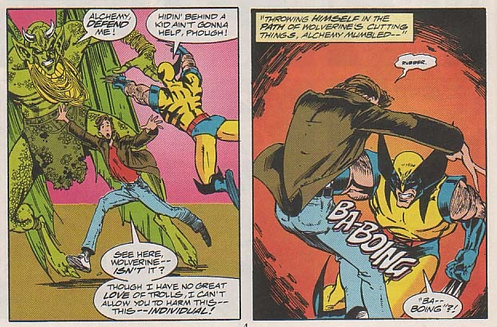 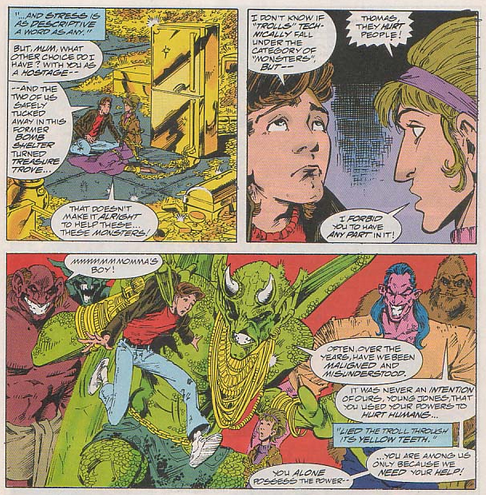 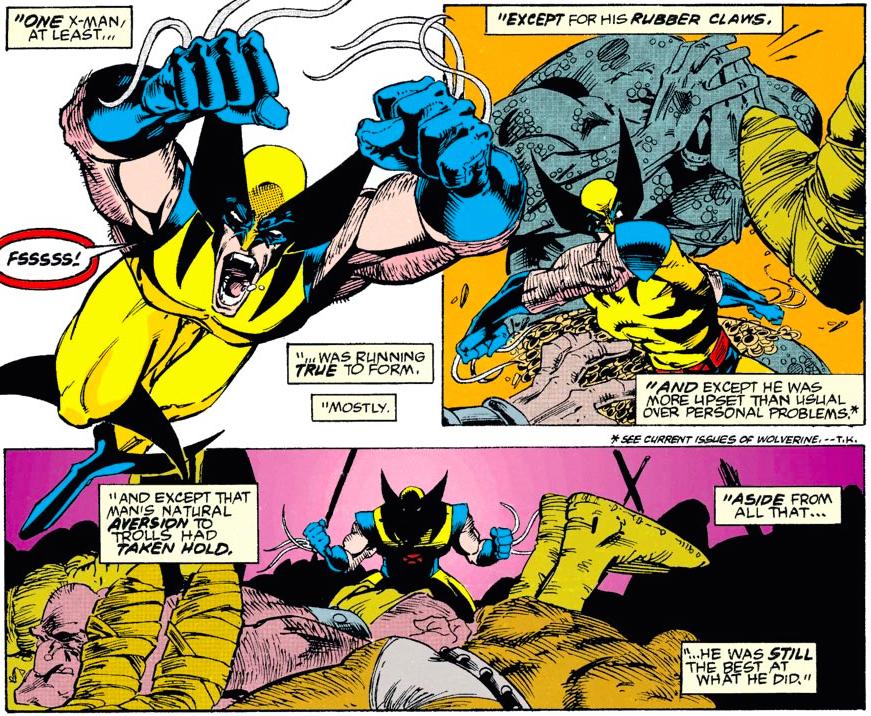