I am looking for a specific Manga where the main character gets transported to another world and has to do quests/tasks to be able to return to his original world. I forget the reason for the transport, but my best guess would be that it was some sort of game which made it able for him to go there originally.

I can't remember much of the story because it has been a while. The only thing I particularly remember is that when he completes quests (or somehow) he gets transported back to his real world and seeks out new companions each time. Either the first or second person was a girl with glasses and black hair (I think) from his school (magic caster) and later some more people.

And after that they go into that world/game again and do more quests. Maybe it was because the game system called him and her and he needed to show her things about the new world to survive and get stronger. I definitely know that she got transported in some kind of save system and got attacked by monsters and he saves her. I believe he told her about what will happen and she didn't want to believe it at first but I'm not entirely sure. She was openly against the main character back in school because he was into games etc., but secretly she was interested in that stuff as well but too embarrassed to show it.

When they are in their original world (normal society), and go back into the isekai world, the time there has already progressed much further.

Here's the original reason I remembered it again, and the reason why I wanted to reread it: they meet companions in that world and travel together to do quests. One I recall is that the group of 3 or 4 had to travel a certain distance within in a specific time-frame, and they all pushed as hard as they could to do it in time otherwise something bad would've happened to them or someone else.

After they later return to their original world, without the other worlders, of course. The next time they enter the isekai world, bringing another new person, they meet an old female companion who I'd guess was 16 the last time they met. Since then she got married, lost an arm in battle, and her husband died (not sure about children). Previously she had been in love with the main character and they had a lot of things in common. They have a little reunion on some castle/city walls and kiss, because he didn't know it back then but he had feelings for her as well.

Some more clues are that I believe it was a leveling anime. Later there joins a guy. They have special abilities? They might have gotten summoned by the game because the world needed help or balance or something.

story-identification manga isekai
Share
Improve this question
edited May 10 '19 at 0:43

Life howling. This is what you are looking for. Life Howling. Guy is transported to another world at 2 am and finds a girl there, then starts living with the girl. Called the Harem King in The Gamer. Made by same guy too. Sung Sang-Young.

I’m Standing on a Million Lives is the manga. 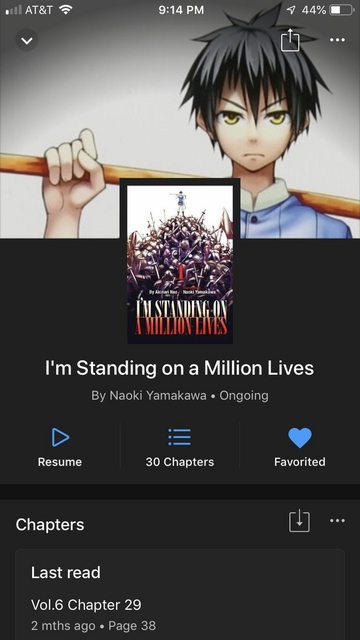 Ninth grader Yusuke Yotsuya is practical, friendless, and not active in any clubs. Then one day, he and two female classmates are suddenly sent to another world where they must work together to battle for their lives. Yotsuya is a lone wolf and has always lived his life according to his wants, but how will that work out now that he’s supposed to be a hero?! Get ready for a one-of-a-kind fantasy story that will challenge everything you thought you knew about fantasy!