I recall a story from the seventies with a character named The Grand Guignol "Guig" and a host of other borrowed identities, where a group of people skirt around sites of urban decay. One of the group is a woman who gets around totally nude and would "verbally cut to pieces anyone who even appeared to notice". It seemed like something by Harry Harrison or Fritz Leiber, and the closest I've found so far was Alfred Bester, but it's very hard to get in order to find out.

There's a decent chance that it's Alfred Bester's Extro 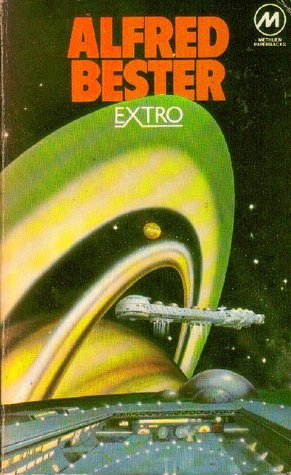 The story is set on a future Earth, at a time when humanity has spread to some of the other planets and moons, but no further. The hero, nicknamed Guig (don't ask) is a Moleman – short for Molecular Man, potentially immortal although capable of being killed by catastrophic physical damage. Such men (and women) were created by chance, through experiencing a deep shock at the molecular level from being faced by the certainty of imminent death before being saved at the last instant by a freak accident. These circumstances were so rare that that the secret Group of Molemen was very small, varying in age from a mere century or so to thousands of years.

Guig lives with a precocious young teenage girl who has adopted him and has some unusual abilities that make her useful as his assistant. Another key character is a Cherokee scientist who becomes the latest recruit to the Group, but in the process becomes linked to Extro, the all-pervading computer system which runs just about everything. The problem is that Extro appears to be going off the rails and is starting to wage war against humanity. Even worse, the Molemen gradually realise that one of their number has gone rogue, and is working with Extro to kill them all.

Found with a search for science fiction "guig"

It was apparently also released as The Computer Connection, this review mentioning where the protagonist's name comes from:

There is a Group of eccentric immortals, who have all come into being after a shocking near-death experience. Some of them are actual historical celebrities, but others simply take on names that best describe their interests. Guig’s name comes from the “Grand Guignol”, and he earned it through his obsession with recruiting new immortals. Unfortunately, it’s difficult to orchestrate an experience of horrific near-death followed by a miraculous save, so all his attempts have ended in failure. Mostly, he just kills people in terrible ways—but with the best of intentions.

Not the answer you're looking for? Browse other questions tagged story-identification fritz-leiber harry-harrison or ask your own question.