How is Iron Man's nanotech suit supposed to work given what we observe in "Endgame"?

In Infinity War, we're introduced to Iron Man's nanotech suit. In particular, it can emerge from his arc reactor chest amulet and it can form his helmet and reconfigure other parts of his suit multiple times from other parts of the mass.

Yet in the beginning of Endgame,

He's recording a message for Pepper Potts on his helmet. The helmet appears to be all that is left. It's damaged and he can press buttons on it to activate the holographic recording hardware.

I.e. In this instance it appears to be a solid object with constituent parts.

Are we to infer that in its depleted state, it reverts to a conventional solid object and loses all its nanotechiness? Did I miss something?

The suit IS a solid object. The nanites are sort of liquid-y when stored in the chest piece, but once out, they do solidify!

How else his suit supposed to function as armour, unless it is solid?

The key element of the nano-tech is that the nanites can flow like a liquid, and then solidify once they are in place.

About the "constituent parts" this is true either case. When he suits up for the first time in Infinity war, we can see the nanites form the constituent parts layer by layer as the suit builds up around him. They have taken the time to specifically show this.

The image below clearly shows the sut being composed of multiple layers, parts and components just like all other suits: 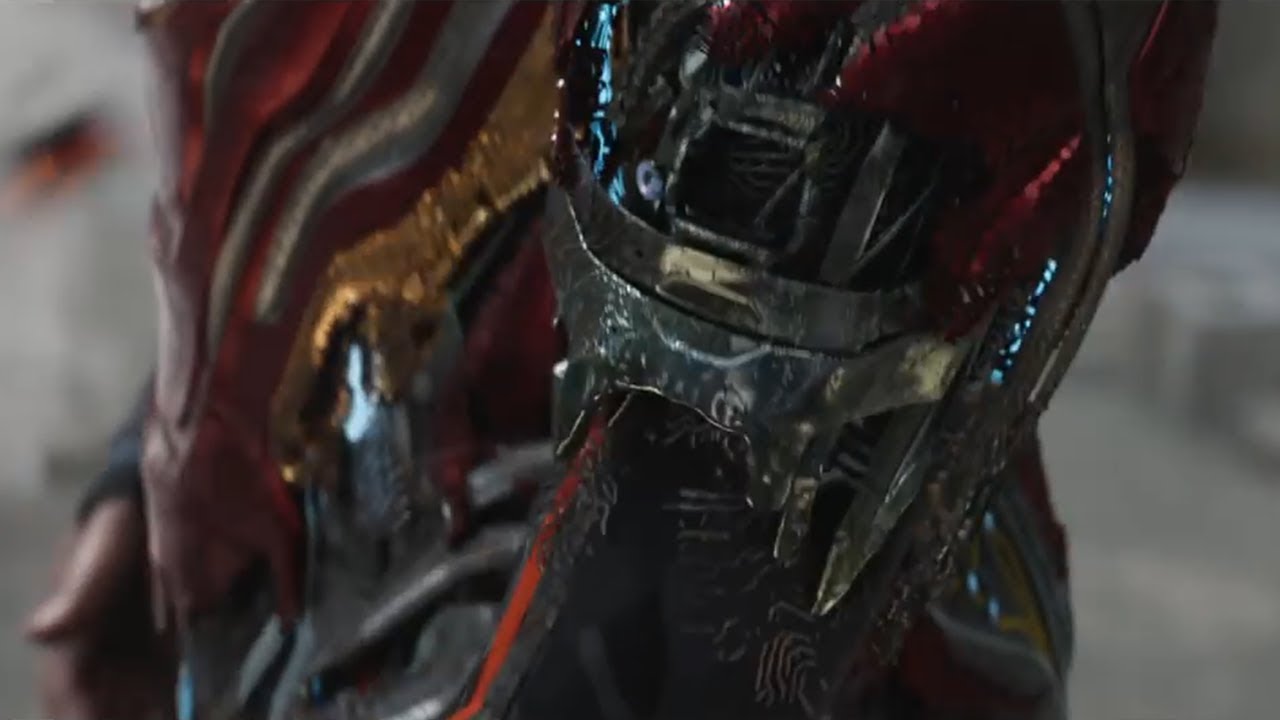 Also, his suit can form solid constructs that are not directly attached to the suit: 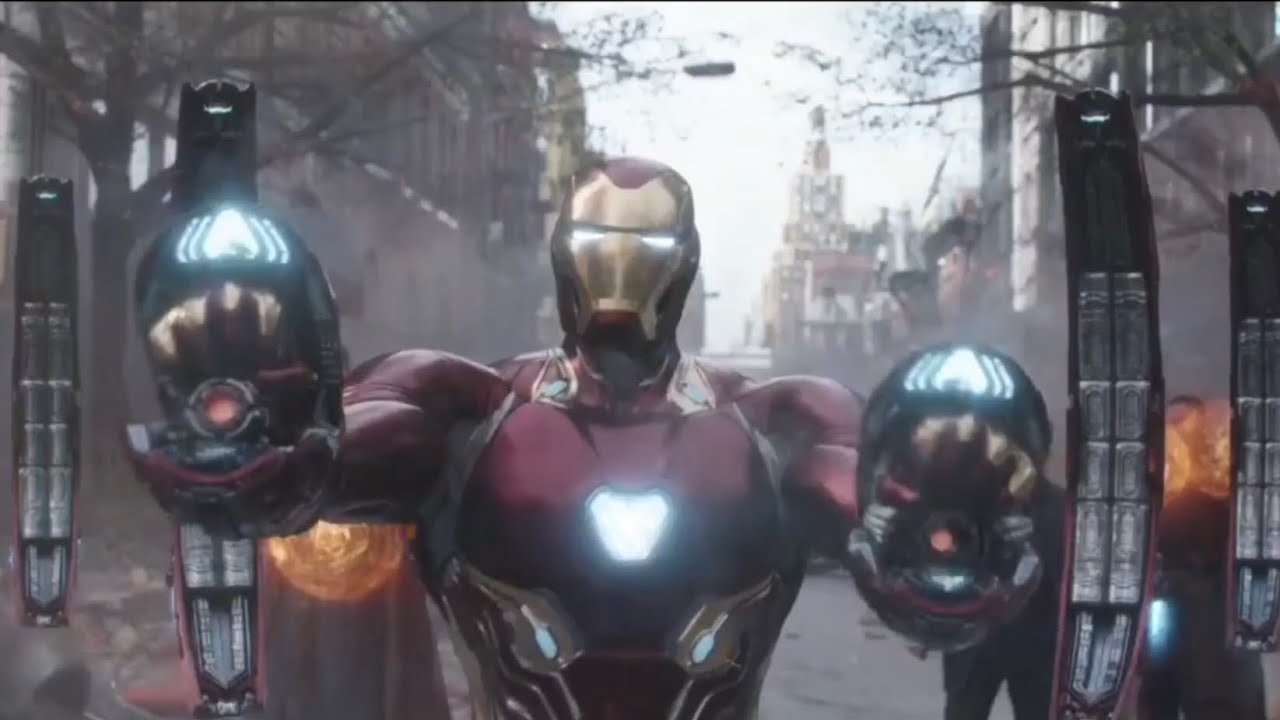 So in summation, the suit is always solid and made of constituent parts. It doesn't have to be dead to turn solid.

Some further info based on some question from the comments: His helmet looks damaged despite being a nano-tech thing, is because he has barely enough nanites left to actually heal it.

On Titan, he uses up a vast amount of nanites while battling Thanos. So much so that at one point he has no armour on his legs and half his face. He then uses up some nanites to fix his stab wound.

This means that by the time we see that scene in Endgame, he must be running just as low on nanites as they were running low on Oxygen!

My assumption from watching the movie is that once the nanites form the suit they stay in that form until Stark commands them to take a new shape. As the suit takes damage or loses energy, the nanites cannot reform so they are stuck in their last known state, which is why we have the mask.

As for the recording feature, Stark is a smart cookie and seems to have designed backup interfaces in case his mind link interface went faulty (it would suck to no longer be able to remove the suit by thought in the most dire of situations so a manual release would be good to have).

OR Tony hacked a way to make the mask record using spare parts in the space ship. We're talking about a genius who made a massive discovery overnight in the movie.

Tony Stark used whatever amount of usable nanobots to repair the ship and his helmet. The Nano-Tech did come from his Iron-Man Suit which he then repurposed. Thus giving Nebula and Stark time to drift off into space and maybe be found! C'mon, if I had NanoTech I would repair my broken space vessel with any amount of tech at my disposal! He could not fix it all but it bought them some time. Enough time to launch into space and drift towards earth. They probably had the Ship operating well enough before the fuel cells broke!

Not the answer you're looking for? Browse other questions tagged marvel marvel-cinematic-universe technology avengers-endgame or ask your own question.